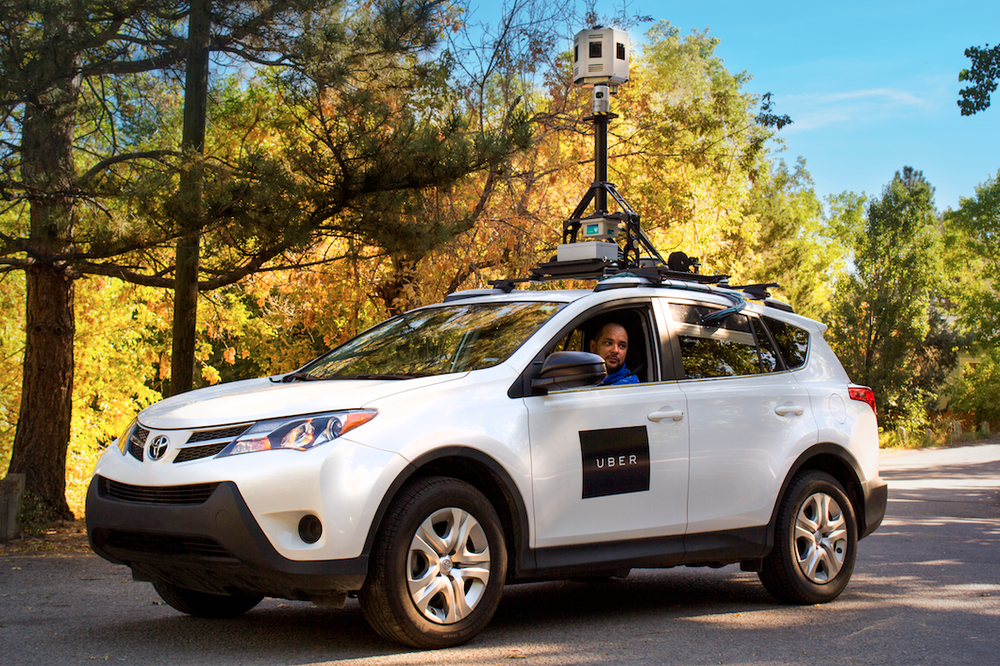 This past June, Uber struck a deal with Microsoft to acquire some of Bing's mapping tech and staff. But back then neither company was willing to disclose specific details about the agreement, with both only going as far as acknowledging it had actually happened. Now, BuzzFeed News reports that the ridesharing service has started deploying its own mapping vehicles, which are said to be the same ones Microsoft previously owned and used in its efforts to capture street data. Uber's rebranded cars (pictured above) are similar to Google's StreetView fleet, featuring a 3D spherical camera capable of snapping locations around it. An Uber spokesperson told BuzzFeed News the company's hoping the image-capturing tech will help it improve in key areas for drivers and passengers, including better route information and more accurate estimated time of arrivals.

Beyond that, though, the data collected by these map-making cars could also tied to Uber's autonomous project. After all, Uber developing a self-driving taxi is far from being a well kept secret, especially since the company has been hard at work on finding people to assist in bringing it to life.

In this article: autonomous, GoogleStreetViewCar, Mapping, Maps, Self-drivingCar, SelfDrivingCar, StreetViewCar, Uber
All products recommended by Engadget are selected by our editorial team, independent of our parent company. Some of our stories include affiliate links. If you buy something through one of these links, we may earn an affiliate commission.