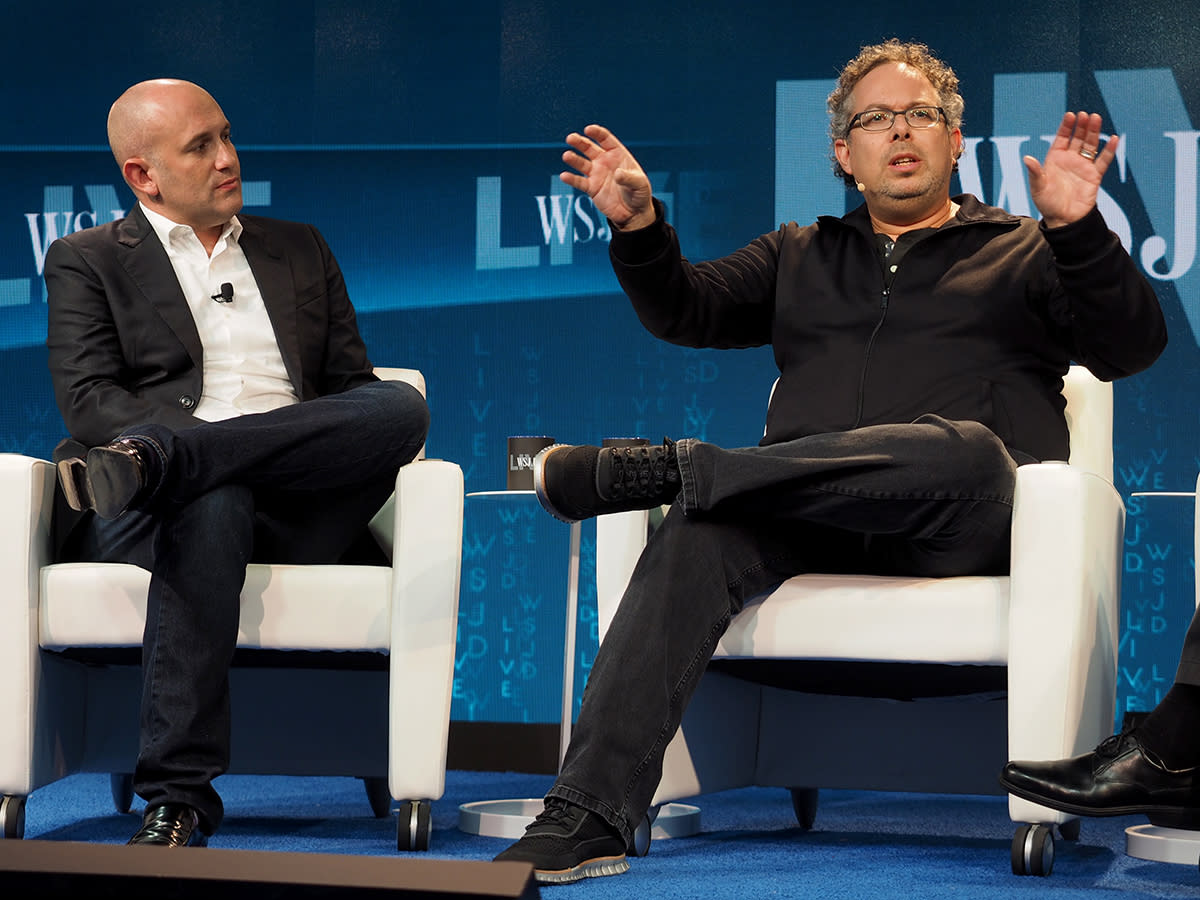 Magic Leap, an augmented reality startup that's kept its project under wraps for over a year, has finally revealed a few more details about its mysterious technology. In an interview at WSJD Live, Magic Leap CEO and founder Rony Abovitz and Chief Content Officer Rio Caraeff has said that Magic Leap is essentially a computing platform where the real world is your screen. "Anything that you can do on your smartphone, on your computer; you'll be able to do on Magic Leap," said Caraeff. Though he won't say what the device would be like, Abovitz said that the goal is to make the device mobile, small, light and basically something you can wear anywhere. "It'll be self-contained; a complete computer," said Abovitz. He also hinted that it'll be something that you won't be shy to wear in public and that it will maintain "normal relationships with people."

Abovitz describes the Magic Leap tech as unlike anything you can get today. With virtual reality, you're basically strapping two screens to your head. Magic Leap is something else entirely. "We treat human biology as our center point," said Abovitz. "Everyone already has a head-mounted display. It's your head!" He explained that Magic Leap is essentially trying to replicate that real-world view but intersect it with lightfield tricks that lets you interact with digital objects completely naturally. "Think of the world as a moving hologram that's bouncing off everything," he said, saying that Magic Leap's goal is to replicate the visual language of the brain.

Then they showed off a new demo of video shot through the Magic Leap. The video, as seen below, shows the Magic Leap wearer interacting with a tiny robot gimbal that's able to hide and duck behind a real table's legs. The wearer was also able to bring up a solar system right there in the office environment. The possibilities for education, Abovitz said, are endless.

"We believe the future of computing should be natural," Abovitz said, drawing contrast between what Magic Leap is doing versus virtual reality, which can cause nausea. With a team of neuroscientists and PhDs, Abovitz said that Magic Leap has been researching deeply into the relationship between the photonic light field and the way the brain functions. Interacting with digital objects, he said, should feel completely natural. "With Magic Leap, your brain doesn't distinguish what's real and what's Magic Leap," he said. "Because as far as your brain's concerned, it is real."

It's not going to run Android or Windows or anything like that. The team over at Magic Leap actually built an entirely new operating system for it in order to match the latencies of the human visual system. "You can't match it with a laptop or a phone," said Abovitz. The OS has to control atoms, photons and all manner of tasks that are much too advanced for today's mass market operating systems. "You can't just use a stock OS," he said. "We have to build it."

And it won't be a closed system either; Magic Leap is inviting developers to get on board and build apps and uses for the technology. "We want to invent a core light field technology, build a compelling product and open that up for people to create compelling experiences," said Caraeff. "Ultimately it's about letting the world visualize their dreams and live a magical life full of whimsy and wonder." Use cases for Magic Leap will initially be focused on gaming, entertainment, media and communication, but the market will expand over time. "We're not trying to build [just a] games company," said Abovitz.

So when will we finally know what this is, and when can we get one? Well, Magic Leap is moving into a former Motorola factory, which it says it's using essentially for manufacturing. "We're gearing up to ship millions of these things," Abovitz said. "We're not announcing when we're shipping. But we're not far."

In this article: AR, augmentedreality, magicleap, RonyAbovitz, wsjdlive, wsjdlive2015
All products recommended by Engadget are selected by our editorial team, independent of our parent company. Some of our stories include affiliate links. If you buy something through one of these links, we may earn an affiliate commission.