Belgian brewery to reduce truck use with underground beer pipeline 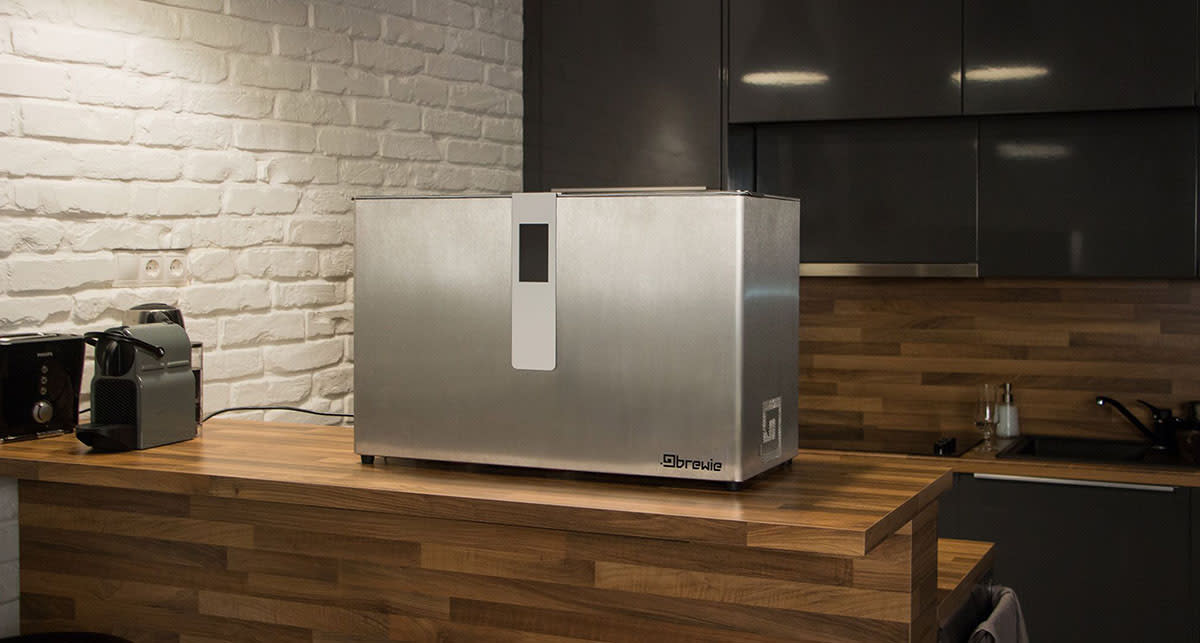 Remember Brewie, the touchscreen-equipped, WiFi connected home brew kit that launched on Indiegogo? Despite a six-month shipping delay, the project is still bubbling along. It's relaunching on Indiegogo's "InDemand," a service that allows successful campaigns to move into a commercial phase so they can collect (more) pre-orders and fulfill them. The people behind the smartphone-controlled kit said they spent the extra time improving it by adding a feature that lets you add hops up to four extra times during brewing, along with improved pumps, a better cooling system, a transparent cover and support for the standard "Beer XML" format.

The company collected more pre-orders from its website after the original campaign finished and now has 2,000 anxious backers waiting for delivery. It's launching the new InDemand campaign today at noon ET for anybody else willing to plunk down $1,599 on the as-yet un-shipped product (the final retail price will between $2,000 and $2,200). Brewie did show off a prototype (and gave tasting samples) at IFA 2015 in Berlin, and said it collected "valuable feedback" during that and other events. The company also claims to have also created an "efficient network for procurement, manufacturing, recipe creation, packaging and distribution."

Brewie now promises that it'll start shipping the initial December, 2014 pre-orders in February 2016, with InDemand orders going out a month later. We'd emphasize that you're taking a chance by backing any Indiegogo-funded product, especially given the delays so far -- if you're risk-averse, you may want to consider a retail product like Picobrew's Zymatic, instead. If it does work as advertised, however, you'll likely be the most high-tech home brewer on your block.

In this article: Brewery, Brewie, connected, HomeBrewing, video, WiFi
All products recommended by Engadget are selected by our editorial team, independent of our parent company. Some of our stories include affiliate links. If you buy something through one of these links, we may earn an affiliate commission.