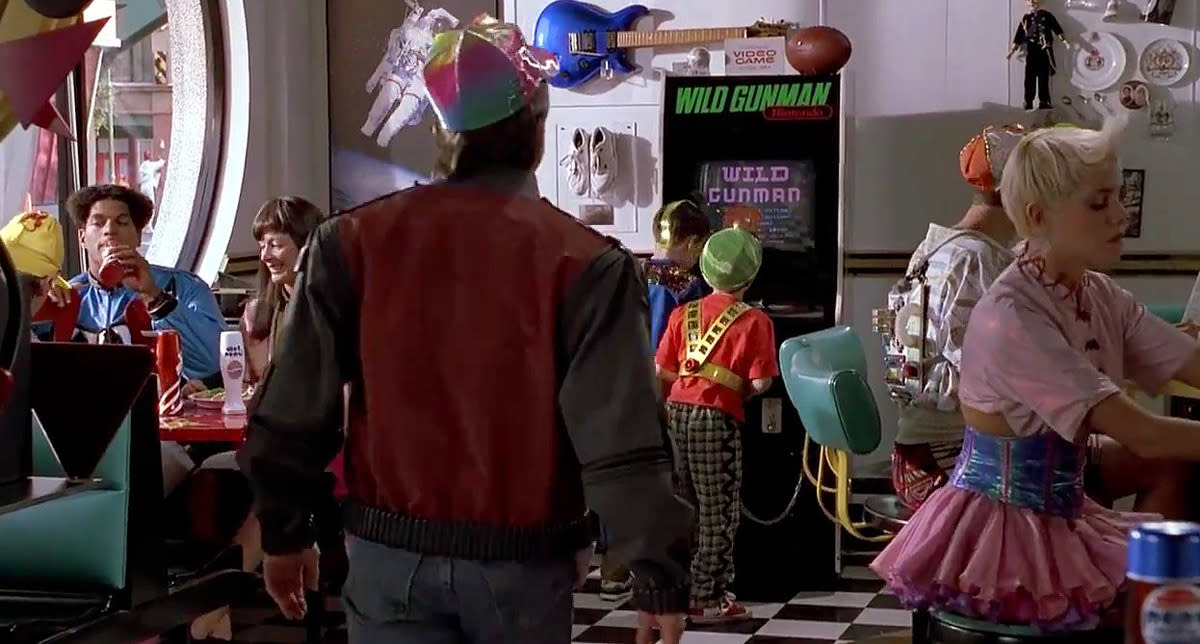 You've probably seen your share of over-the-top publicity grabs on Back to the Future Day, but Nintendo has a subtler one that you might just appreciate. The company's European branch has quietly released a Wii U Virtual Console port of Wild Gunman, better known as the game that Marty McFly dominates when he visits 2015 in Back to the Future Part II. As in the movie, you have to use your hands to play this "baby's toy" -- the big difference is that you're using a Wii remote instead of the NES' Zapper light gun (BTTF2's particular arcade cabinet never really existed, we'd note). You probably won't mind if you're on a nostalgia kick, though. And if you really, truly want to play a game that Hill Valley's kids would enjoy, Microsoft is happy to help.

In this article: backtothefuture, backtothefuturepartii, gaming, hdpostcross, movie, movies, nes, nintendo, nostalgia, video, videogames, virtualconsole, wiiu, wildgunman
All products recommended by Engadget are selected by our editorial team, independent of our parent company. Some of our stories include affiliate links. If you buy something through one of these links, we may earn an affiliate commission.