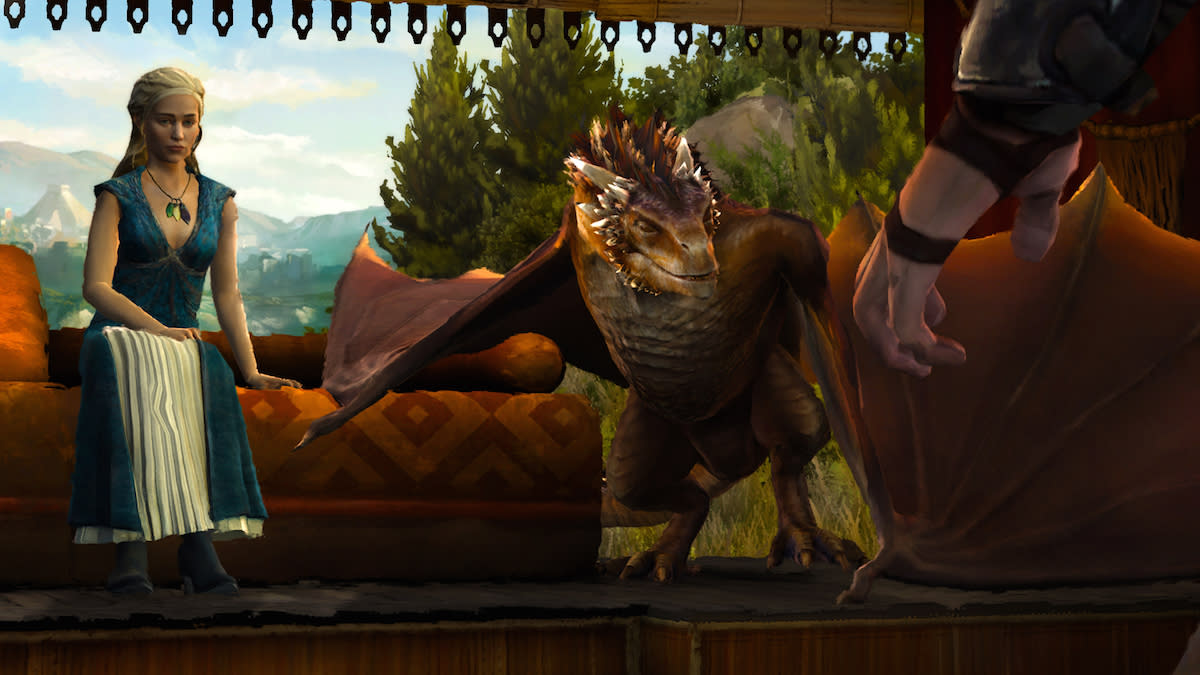 Beware, for the night is dark and full of terrors folks: Telltale Games is wrapping the first season of its Game of Thrones series, Iron from Ice soon. When the season finale, dubbed "The Ice Dragon," releases next month on the 17th, Telltale says it'll be the first time that an episode hits each platform simultaneously (Android, iOS, Mac, PC, Playstation and Xbox). What's more, the story-focused developer says that the finale will provide "a uniquely harrowing conclusion" for every player based on the decisions you've made thus far. If I know anything about Telltale and Game of Thrones that means a number of characters are going to die. Probably viciously. Need a place to start? Telltale's using a classic pusher move and is offering the first episode for free. Try not getting attached to anyone.
In this article: android, finale, free, gameofthrones, gaming, hd, hdpostcross, ios, ironfromice, mac, pc, playstation, ps3, ps4, telltalegames, xbox, xbox3, xboxo
All products recommended by Engadget are selected by our editorial team, independent of our parent company. Some of our stories include affiliate links. If you buy something through one of these links, we may earn an affiliate commission.