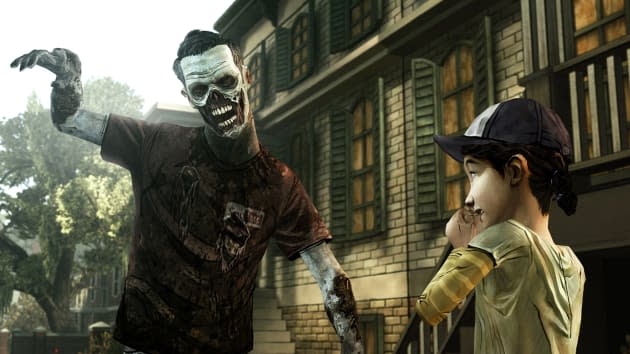 Telltale Games has created quite the following with episodic titles like Game of Thrones and The Walking Dead. Now, with the help of Lionsgate, the studio is looking to tackle a televisions series with a similar approach: a game/show hybrid the studio is calling a Super Show. The format includes both scripted and "playable" elements for episodes, so just like the games, viewers will be able to decide the sequence of events. "It's not an interactive series with a show, or a TV show with a game, but a story integrated in a way that only Telltale can do," Telltale CEO Kevin Bruner told Entertainment Weekly. "For us it's a very natural evolution of the interactive story telling expertise we've pioneered."

Bruner explained that a Super Show contains more content that a regular hour-long TV episode, and while it'll follow a regular schedule, new installments will be a bit further apart than a typical television program. It's also designed so that you can opt for either the scripted or the gaming portion first, and choosing to start with either won't impact the quality of the experience. As you might expect, the pieces of the show that aren't interactive will be broadcast and released on streaming services. For now though, details are scarce, so you'll have to sit tight until the duo reveals more.

"Our goal is to create products that have a legitimate chance of winning both a Golden Globe and a Game of the Year."

"Our goal is to create products that have a legitimate chance of winning both a Golden Globe and a Game of the Year," Bruner continued. "This means both aspects of the productions must be first class work." If you'll recall, Lionsgate is the film and television studio behind series like Mad Men and Orange is the New Black, so it knows a thing or two about making quality TV. The investment allows Lionsgate to make a move in the gaming space, while lending a hand adapting Telltale's storytelling chops to a unique hybrid format. Despite both sides being tight-lipped on the subject matter and release date, there's plenty to be excited about for the coming months.

In this article: games, gaming, hdpostcross, lionsgate, show, supershow, television, televisionseries, televisionshow, telltalegames, tvseries, tvshow
All products recommended by Engadget are selected by our editorial team, independent of our parent company. Some of our stories include affiliate links. If you buy something through one of these links, we may earn an affiliate commission.