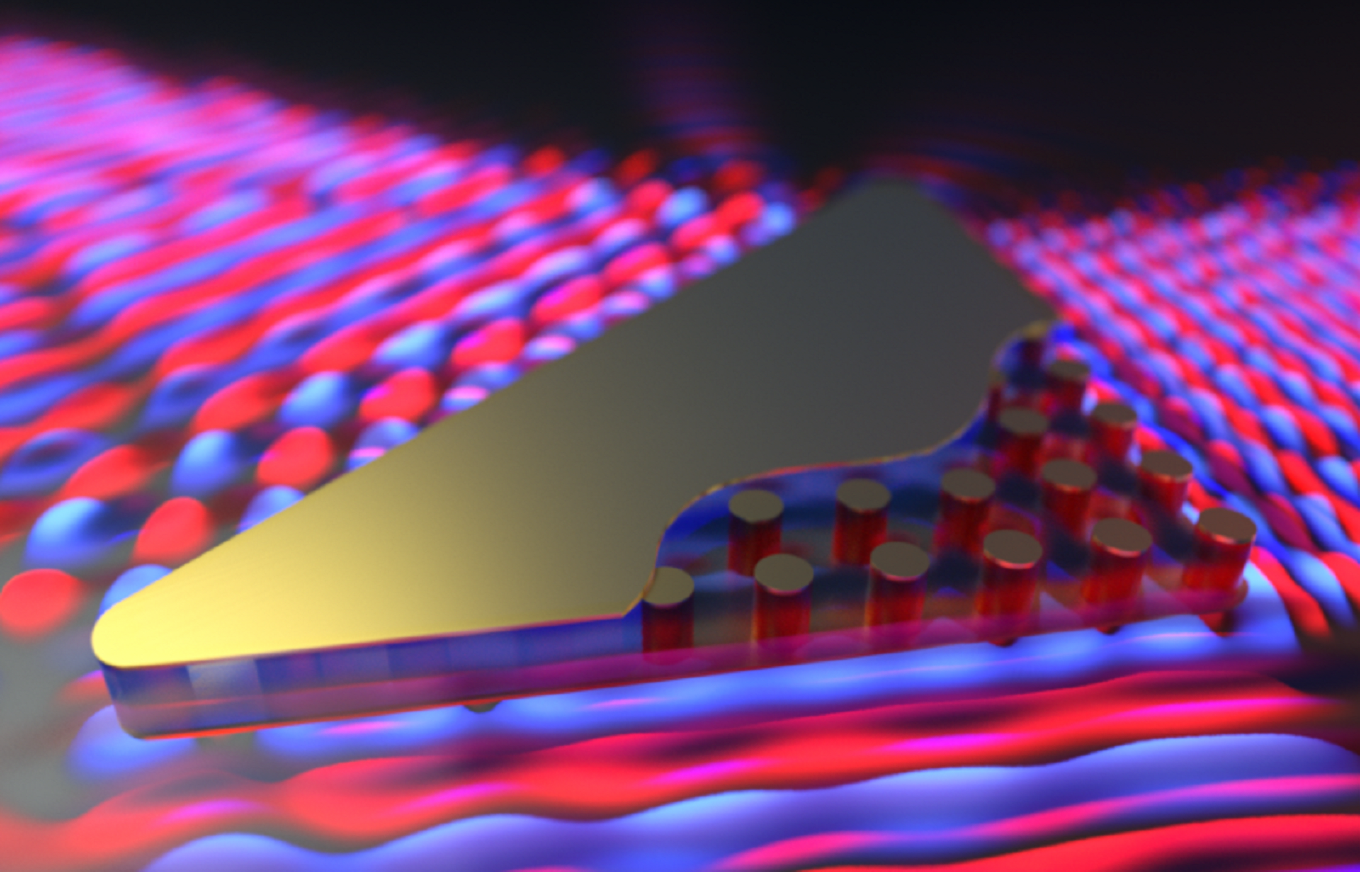 Researchers at Harvard University announced recently that they had successfully developed a means of manipulating light at the nanoscale, which could lead to photonic-based (rather than electronic) telecommunications. Think, ubiquitous fiber optics. The team reportedly developed an on-chip metamaterial made from silicon pillars embedded in polymer and wrapped in gold film that exhibits a refractive index of zero. In English, that means that the phase of light passing through this material can travel infinitely fast without violating the known laws of physics.

See, the light passing through this metamaterial is still moving at 299,792,458 m/s and is still the fastest thing in the universe. However, light's speed can also be measured by its "phase velocity," the speed at which light's wavelength crests are moving. Basically phase velocity measures how much a wavelength of light is condensed or elongated as it travels through a material. If you shine a light at water, for example, light gets "squished" slightly because the liquid environment is more dense than atmosphere. Conversely, if you shine a light from the bottom of a swimming pool, the wavelength elongates once it hits the surface. As such, it has a refraction index of 1.3.

Now when you have a material like this with a refractive index of 0, things get weird. As light passes through it, the crests and troughs stretch infinitely to create a flat line where oscillations occur as a factor of time, not space. Flattening the wavelength allows the light to be easily manipulated without losing energy. The industrial potential -- from telecommunications to quantum computing -- is nearly limitless.

"In quantum optics, the lack of phase advance would allow quantum emitters in a zero-index cavity or waveguide to emit photons which are always in phase with one another," said Philip Munoz, a graduate student in the Mazur lab and co-author on the paper. "It could also improve entanglement between quantum bits, as incoming waves of light are effectively spread out and infinitely long, enabling even distant particles to be entangled." There's no word yet, however, as to when this revolutionary technology will make it out of the lab.

In this article: gadgetry, gadgets, Harvard, light, optics, phasevelocity, quantumcomputing, refractiveindex, telecommunications, TL17SCINZ, wavelength
All products recommended by Engadget are selected by our editorial team, independent of our parent company. Some of our stories include affiliate links. If you buy something through one of these links, we may earn an affiliate commission.