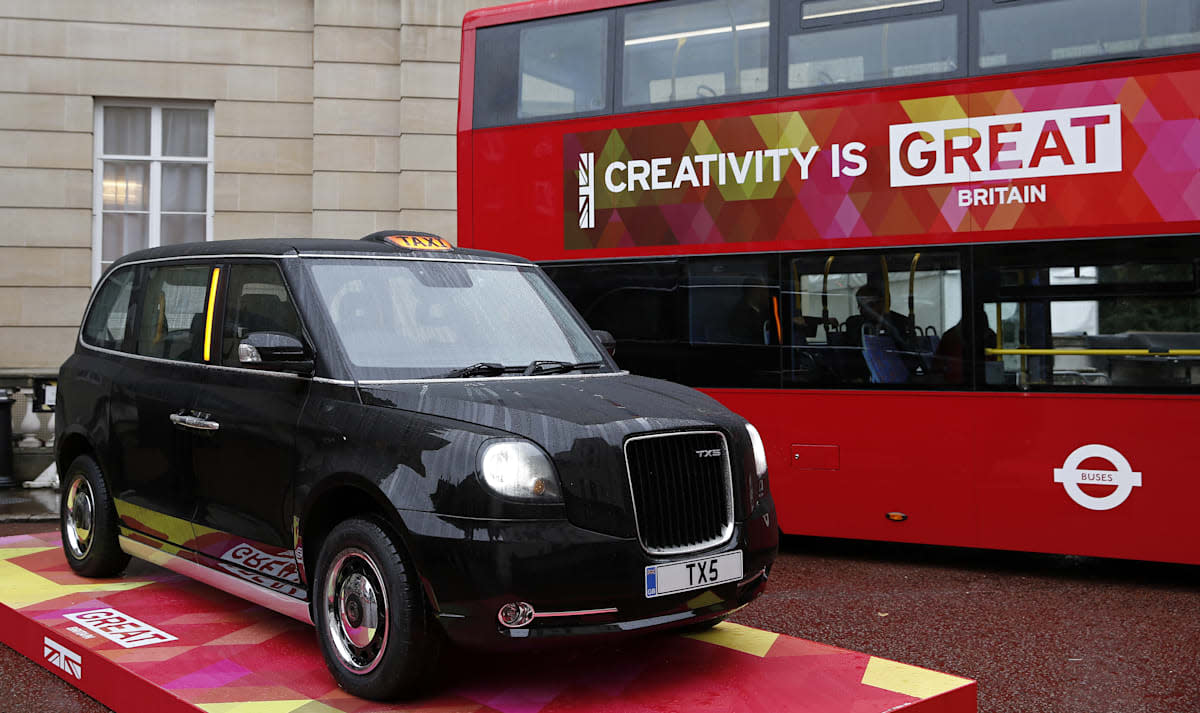 In a few years, the familiar hum of diesel engines powering London's black cabs will begin to be replaced by the whirring motors of more efficient vehicles. The London Taxi Company, which for time immemorial has built the overwhelming majority of the capital's Hackney carriages, today unveiled its next-generation hybrid vehicle. The TX5, which takes several design cues from taxis past, marries a four-cylinder petrol engine with an electric motor and "range-extended battery." The plug-in hybrid will also come with WiFi as standard and charging points for passengers, as well as six seats, more legroom and a panoramic glass roof. Currently, the TX5 is just a prototype, but the plan is to get these new vehicles on the road by the end of 2017.

The London Taxi Company isn't the only firm developing greener black cabs, though, as the market for such vehicles is set to explode within the next few years. That's because from January 1st 2018, any new taxi seeking a licence will need to be "zero emission capable," like the TX5. And from 2020, any cabbie with a less efficient vehicle will have to pay a daily rate to operate in central London's Ultra Low Emission Zone. Turkish company Karsan is developing a low-emissions black cab for London's streets, and Nissan may also take a crack at the taxi of tomorrow with a modified version of its all-electric e-NV200.

Metrocab, which currently has a small foothold in the black taxi trade, is looking to capitalise on the impending regulations with its own plug-in electric vehicle, too. Being trialled in the capital already, the new Metrocab uses an all-electric powertrain, with a small petrol engine kicking into action purely to charge the battery when required. It, too, boasts six seats in the back, WiFi, charging points and a sunroof. The Metrocab will also be ready to roll before the TX5, with general availability expected by the end of next year.

In this article: blackcab, cab, london, londontaxicompany, metrocab, taxi, transportation, ultralowemissionzone, ZeroEmissions
All products recommended by Engadget are selected by our editorial team, independent of our parent company. Some of our stories include affiliate links. If you buy something through one of these links, we may earn an affiliate commission.