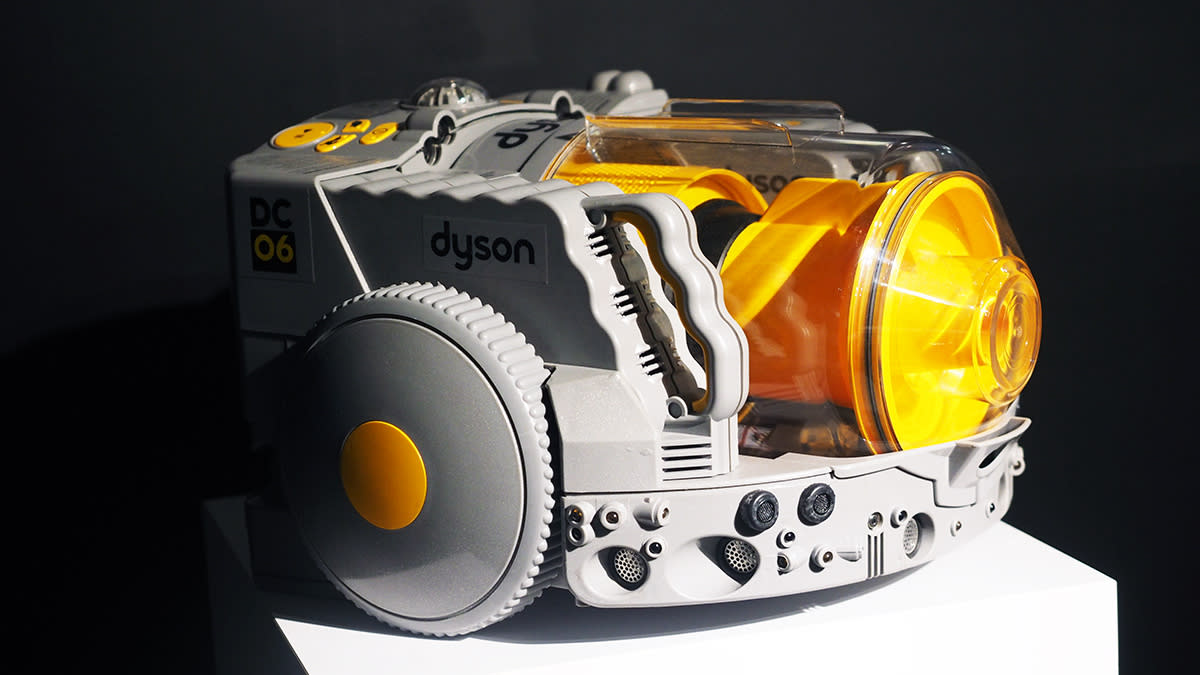 Introduced to the public way back in 2004, Dyson's first robot vacuum never wheeled itself into retail. While it was apparently close enough to a finished product to pick up a sticker with a helpline number, the sheer number of sensors (over 70), and a total of 54 batteries was a problem. While it could detect stationary objects and living things it was too expensive to both produce or sell. As Dyson's senior robot engineer, Mike Aldred, noted: "It did the job we intended... but it wasn't the right product." The decision was made to can the DC06, and the team decided to focus on a single (albeit complicated) sensor to guide its robot vacuums: 360-degree vision. And that's where Dyson's 360 Eye comes in. It's a bit late, but from our early experiences with it, it sucks -- In the good way. And if you've got a thing for yellow and millennial-gray plastic, a gallery of the rare (hefty) robot vacuum awaits below. 5
In this article: 360eye, dc06, dyson, robotvacuum
All products recommended by Engadget are selected by our editorial team, independent of our parent company. Some of our stories include affiliate links. If you buy something through one of these links, we may earn an affiliate commission.