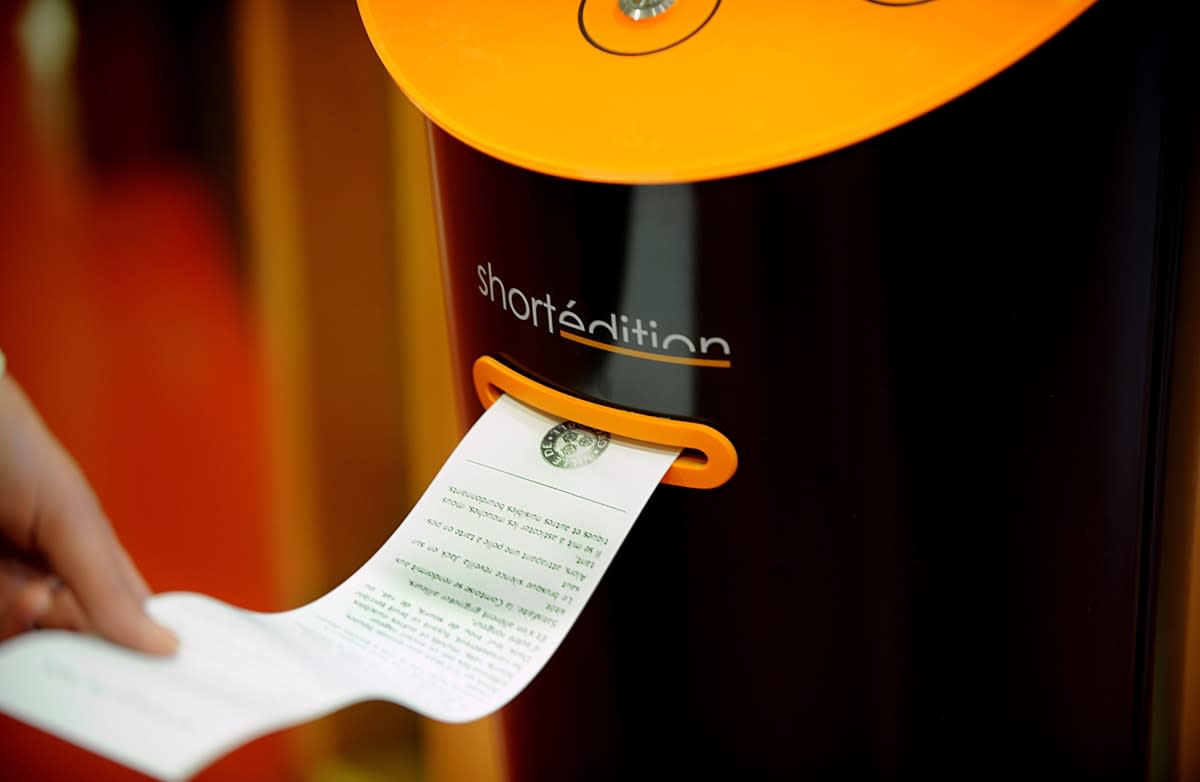 In the French city of Grenoble, there are unusual vending machines that don't dispense soda or snacks -- they print out short stories that look like paper receipts instead. These machines were built by a publishing company called Short Édition, which placed eight of them in public locations (such as the city hall and libraries) as part of a pilot project. Each dispenser has 1-minute, 3-minute and 5-minute buttons, so readers can choose how long their stories are, all of which were written by members of the Short Édition community. Company co-founder Christophe Sibieude told Agence-France Presse that his team came up with the idea while in front of a chocolate candy machine: "We said to ourselves that we could do the same thing with good quality popular literature to occupy these little unproductive moments." Best thing about these story dispensers is that they're free, giving residents something to do if ever they get tired of poking on their phones or want to read the old school way.

In this article: france, grenoble, shortstory, vendingmachine
All products recommended by Engadget are selected by our editorial team, independent of our parent company. Some of our stories include affiliate links. If you buy something through one of these links, we may earn an affiliate commission.