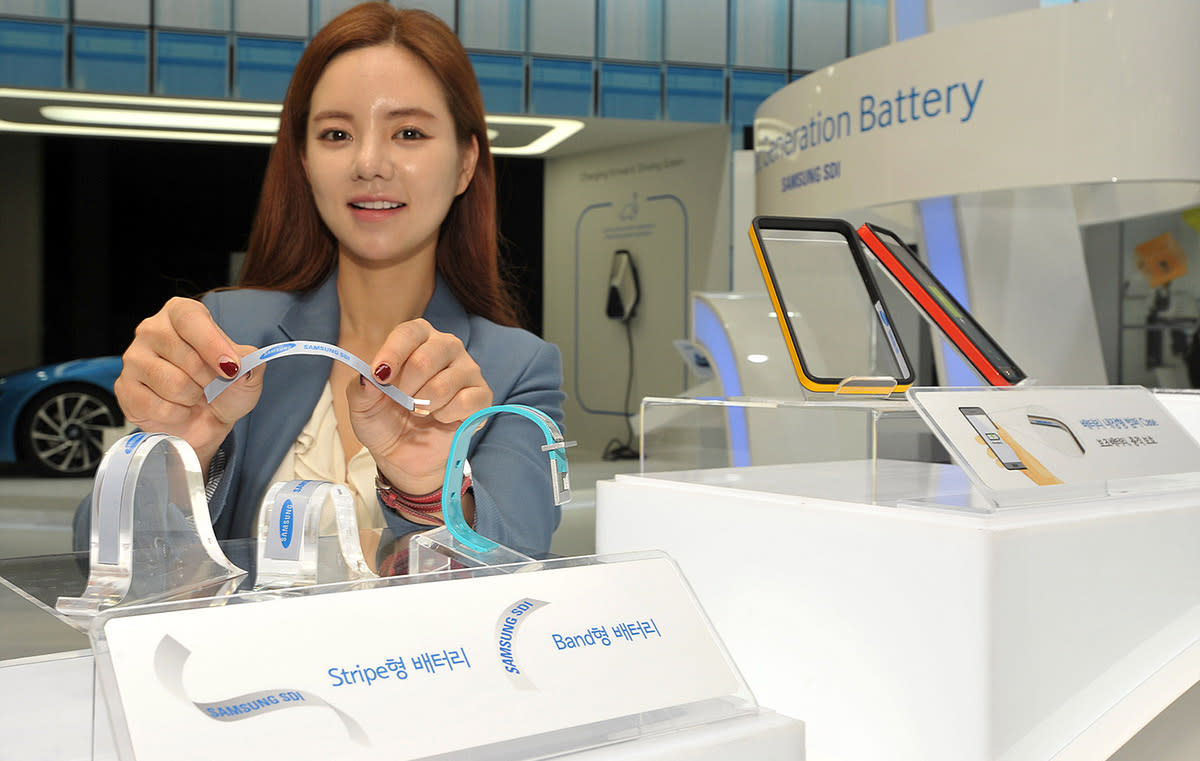 Samsung's latest battery prototypes could lead not only to more powerful wearables, but also to unusual ones. The first model called Band is meant to be attached to smartwatch straps, as its name implies, to add as much as 50 percent of the device's original battery life. Stripe, on the other hand, is the thin, bendy strip the model above is holding in her hands -- and the more versatile between the two. Since it's extremely thin (it has a depth measuring 0.3mm), it could be used to create all kinds of wearables, such as smart necklaces and headbands, or even interactive clothing designs. According to Samsung, it has higher energy density than current comparable batteries, though it didn't name any particular brand and model.

If these batteries are meant to give rise to different types of wearables, the new lithium-ion batteries the company revealed earlier this year are being developed to make smartphones more reliable. Those ones have the power to extend a typical phone's battery life to around 21 hours, though it'll likely take a long time before they're used with products you can actually buy.

In this article: battery, mobilepostcross, samsung
All products recommended by Engadget are selected by our editorial team, independent of our parent company. Some of our stories include affiliate links. If you buy something through one of these links, we may earn an affiliate commission.