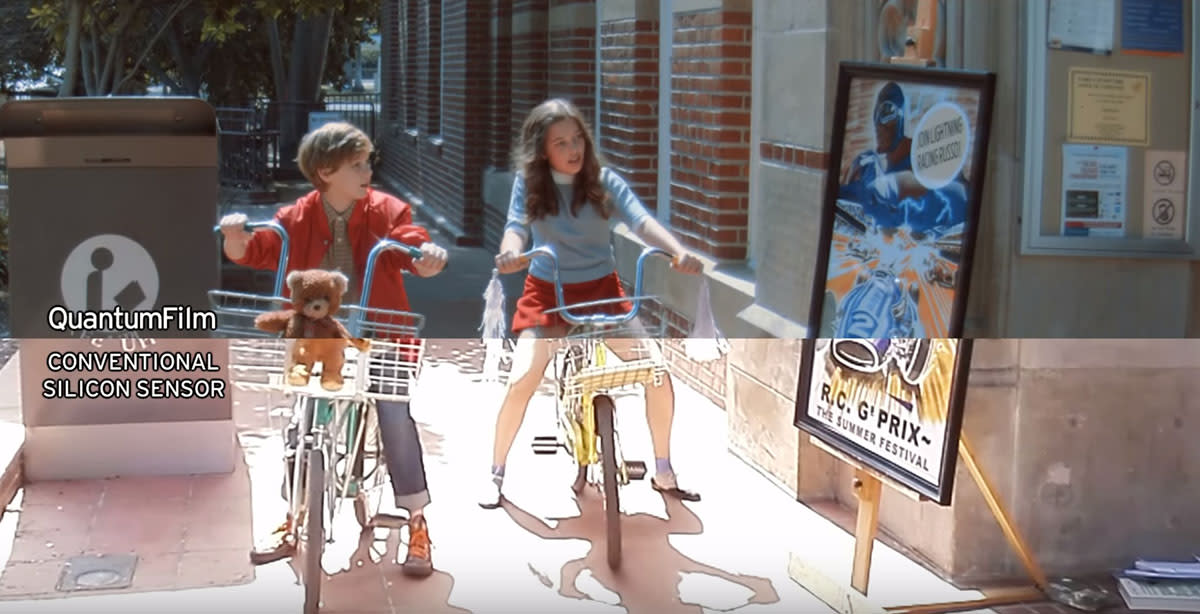 It's been over five years since we heard from InVisage, a company developing a new kind of smartphone sensor with higher dynamic range and zero rolling shutter. It just produced a short film called Prix using a prototype chip to show exactly how the tech works. As a reminder, InVisage developed a photosensitive nano-coating it calls QuantumFilm that works differently than silicon. It claims that the material has "higher photosensitivity and electron sensitivity per pixel," which makes it react more like film than a typical CMOS sensor. It's also fast enough to instantly switch on and off, allowing the use of a global instead of a rolling shutter.

InVisage filmed in challenging, bright sunlight conditions to test the dynamic range, and shot fast moving subjects (RC race cars) to show off the global shutter. The resulting footage (below) is surprisingly cinematic, considering that the sensor is smartphone sized. (It's also a bit soft, which the company chalked up to the sensor being an early prototype.) The tech looks intriguing, though the level of hype in the press release and making-of film is a bit over-the-top. Still, if it can be refined further -- perhaps by a sensor company like Sony -- it could result in strikingly better smartphone and camera images in the not-too-distant future.

In this article: HDR, ImageSensor, InVisage, Prix, QuantumFilm, RollingShutter, ShortFilm, video
All products recommended by Engadget are selected by our editorial team, independent of our parent company. Some of our stories include affiliate links. If you buy something through one of these links, we may earn an affiliate commission.