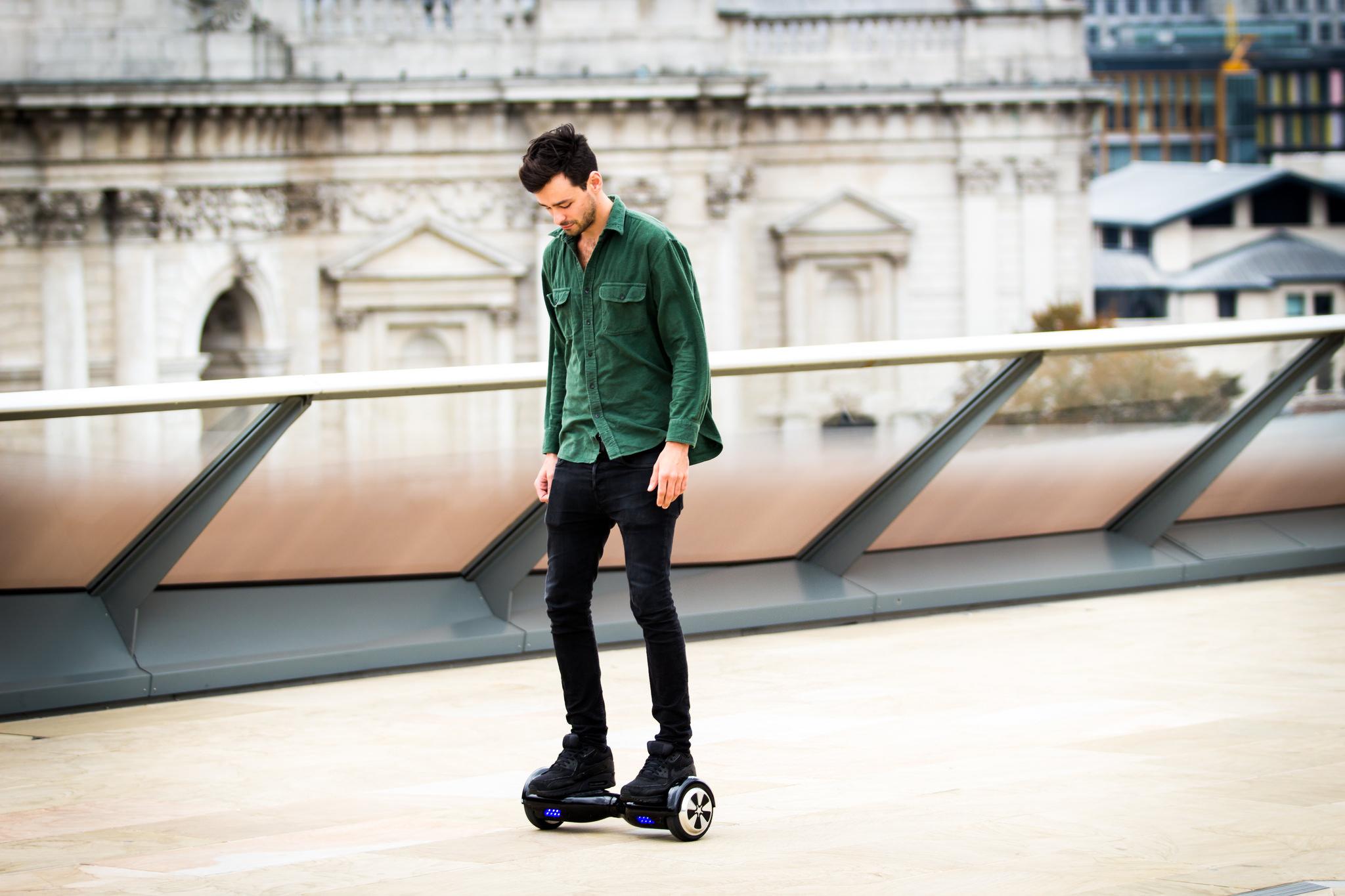 Even though they can't actually levitate, "hoverboard" self-balancing scooters have become a huge hit. Celebrities are jumping on the two-wheeled bandwagon, either signing deals to promote the next big brand or attaching their name to one of their own. That's helped boost sales of the popular toy in the UK, but the law actually dictates that they can't be ridden in a public space.

The Crown Prosecution Service says that the Highway Act 1835 limits hoverboard use on pavements, while various vehicle registration agencies won't licence or register them for road use. Riders can be fined up to £500 if caught doing so, but London Mayor Boris Johnson is making it his mission to legalise their use based on "intergenerational fairness."

Writing in his Telegraph column, Johnson called for a stop to the "ludicrous and nannying prohibition on the electric scooter-surfboard gizmos." He said that hoverboards are a "new and potentially liberating form of personal mobility" and that owners should be allowed to ride alongside the elderly, who are permitted to "charge towards you on their terrifying chariots" (read: mobility scooters).

The London Mayor says he has already consulted Transport for London experts and they've agreed that the law should be amended for self-balancing scooters. The Highway Act 1835 was written to stop people from using pavements or pathways to "lead or drive any horse, ass, sheep, mule, swine, or cattle or carriage of any description" in England and Wales. While it's argued that hoverboard owners might look like an ass while riding one, Johnson believes they shouldn't be restricted by a century-old law designed to limit animal access.

In this article: borisjohnson, gear, hoverboard, london, mayor, selfbalancingscooter, transportation
All products recommended by Engadget are selected by our editorial team, independent of our parent company. Some of our stories include affiliate links. If you buy something through one of these links, we may earn an affiliate commission.