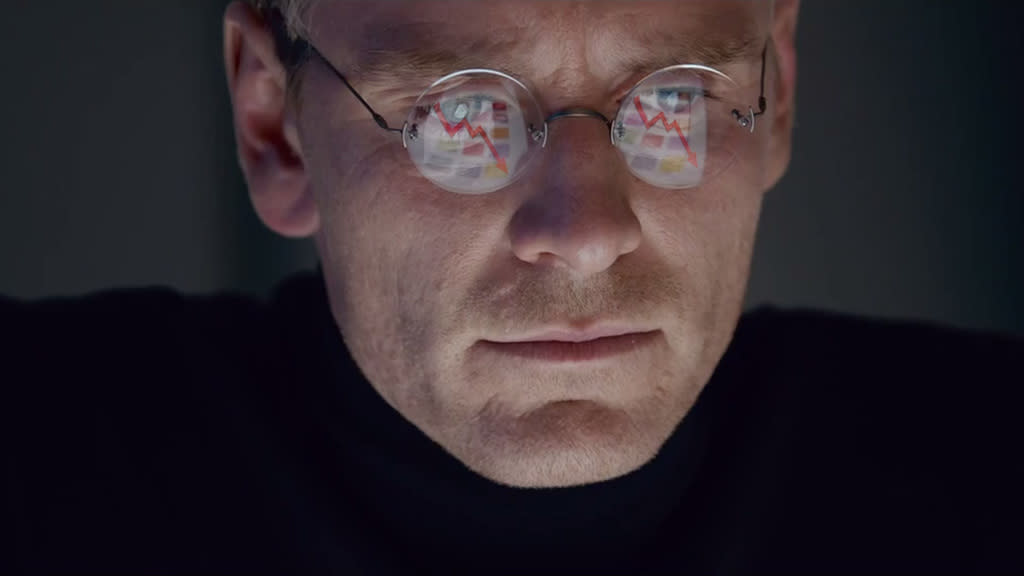 The internet was full of talk about the accuracy of Steve Jobs, but it turned out that the general public just didn't care about the film at all. The Danny Boyle / Aaron Sorkin biopic of the late Apple co-founder went on wide release this weekend, but only made a paltry $7.3 million at the box office. That put it in 7th place, behind films like The Martian, The Last Witch Hunter and Paranormal Activity: The Ghost Dimension. Unfortunately analysts had predicted that it would do double that figure, and it looks like Steve Jobs will struggle to turn a profit.

That's in stark contrast to The Social Network, another talky Aaron Sorkin film about a prickly technology star that captured the zeitgeist. Variety has already begun to ask what went wrong, claiming that while Facebook (and its relatively unknown founder) was just cresting the mainstream when the film launched -- Jobs was already far too well-known. In addition, the casting of talented character actors rather than a brand name failed to draw in fair-weather cinema goers. That, possibly, links back to the rumor that Laurene Powell-Jobs contacted both Leonardo DiCaprio and Christian Bale, asking them not to take the role.

The studio, meanwhile, reportedly believes that a talky, cerebral film like Steve Jobs will be a slow burner, and should hang around in theaters for a long while. If it can remain around until awards season, then it might enjoy a late-period surge that Jobs himself enjoyed when he returned to Apple. That probably won't matter to the folks over at Cupertino, who will probably greet the news of the film's failure with the sound of popping champagne corks.

In this article: AaronSorkin, Apple, BoxOffice, DannyBoyle, Movie, SteveJobs
All products recommended by Engadget are selected by our editorial team, independent of our parent company. Some of our stories include affiliate links. If you buy something through one of these links, we may earn an affiliate commission.