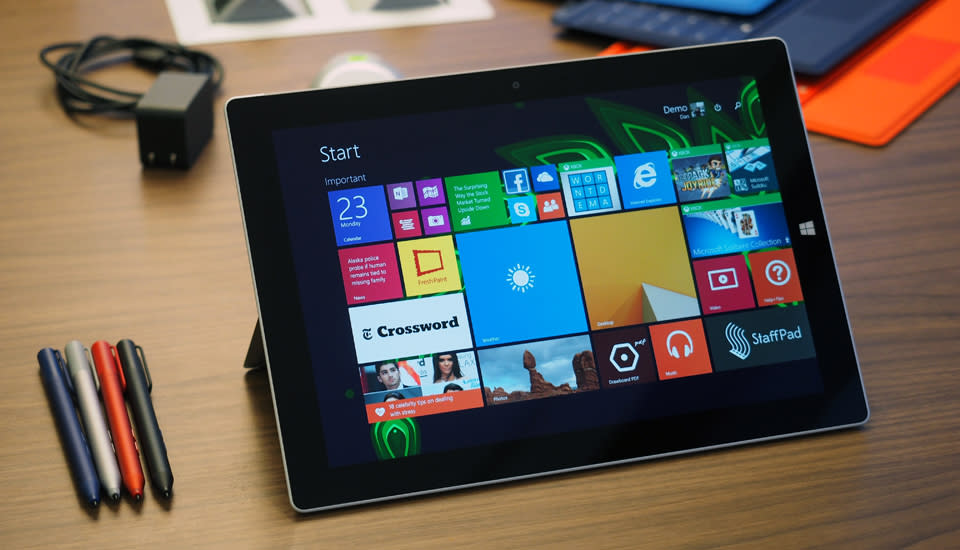 You've heard the rumors: Microsoft axed the launch of a small "Surface Mini" Windows tablet just before the Pro 3 hit stores. Hints of the canceled launch showed up in news articles, Microsoft earnings reports and even the Surface Pro 3's user manual, but now we finally have confirmation that the tablet actually exists -- and it was pretty much ready to ship alongside the Surface Pro 3. So ready that, for a time, Surface VP Panos Panay used one on a daily basis.

"It was like a Moleskine," the Microsoft executive told WIRED recently. "It was awesome." Panay described waking up in the dead of night to jot down notes and write himself emails on the little tablet, painting the picture of a fully realized, ready-to-ship device that simply got the axe. In fact, the Surface Mini was the device he was using when he realized the Surface Book needed to be more than just a laptop. "That's not evolving the category," he said.

Sadly, the Surface Mini seems to be doomed to remain a minor footnote in the history of consumer electronics. Panay says he loved the little tablet, but gave WIRED no indication the project would gain a second life. Still, this marks the first time Microsoft has publicly confirmed a product named the "Surface Mini" exists -- despite not being something you can actually go out and buy.

In this article: microsoft, Panay, PanosPanay, surface, surfacebook, surfacemini, surfacepro, surfacepro3, windows, windows10, windows8, windowstablet
All products recommended by Engadget are selected by our editorial team, independent of our parent company. Some of our stories include affiliate links. If you buy something through one of these links, we may earn an affiliate commission.