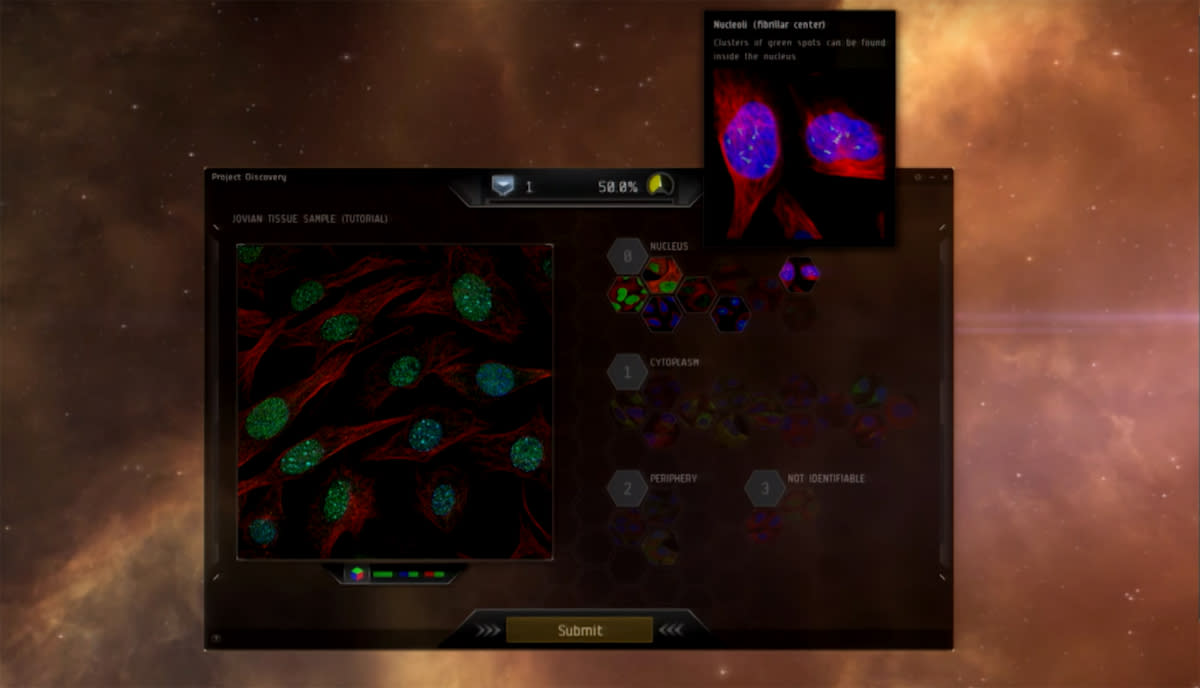 EVE Online is probably best known as the hardcore space sim where huge quantities of real money (say, about $1,500) can be lost at the drop of a hat. It's a pretty unique accolade, but developer CCP is working on a better one -- if everything goes as planned, EVE Online will soon be known as the hardcore space sim where players devote thousands of man-hours to science by contributing to the Human Protein Atlas.

For players, this contribution will come in the form of a image analysis minigame -- tasking them with identifying the shape and location of proteins in microscopic images of cells. As rewards for participating in the gamified science, EVE players are rewarded with in-game currency, loyalty points and the satisfaction that their leisure time helped contribute to a scientific database that is used to research cancer treatments. Basically, CCP has partnered with Swiss startup Massively Multiplayer Online Science and Reykjavik University to create the most scientifically useful minigame ever made.

This isn't the first time video games and science have collided, but it's definitely a more active approach-- requiring human interaction to complete its task rather than leaving the science to the user's unused hardware, like Folding@Home. Either way, it's novel way to get gamers involved in scientific research, and it's kind of awesome.

In this article: eve, EVE Online, eveonline, Human Protein Atlas, humanproteinatlas, research, reykjavik, Reykjavik University, science
All products recommended by Engadget are selected by our editorial team, independent of our parent company. Some of our stories include affiliate links. If you buy something through one of these links, we may earn an affiliate commission.