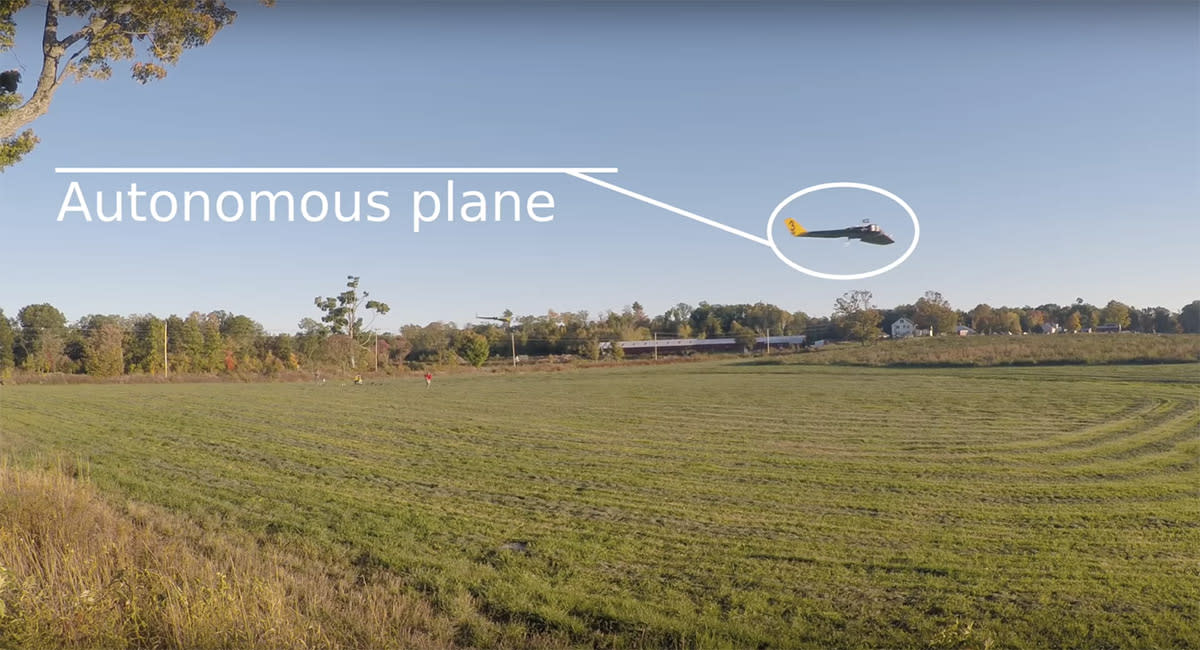 Andrew Barry, a PhD student at MIT's Computer Science and Artificial Intelligence Lab (CSAIL), has developed a detection algorithm that allows UAVs to avoid objects on their own. Even better, it works even if the planes don't have existing knowledge/data about a particular location. Barry believes an algorithm faster than existing ones is necessary for truly autonomous drones. LIDAR laser systems, he said, are typically too heavy for small, personal UAVs, while current algorithms are too slow to match their speed.

To test his creation, he built a small drone with a 34-inch wingspan and weighs just under a pound using off-the-self parts. It has a camera attached to each wing and two processors similar to the ones found inside smartphones. Unlike other autonomous algorithms that process images for obstacles at multiple distances -- they scan for objects a meter, a couple of meters and three meters away, for instance -- Barry's only scans for obstructions 10 meters away.

"As you fly, you push that 10-meter horizon forward, and, as long as your first 10 meters are clear, you can build a full map of the world around you," he said. Since it only takes 8.3 milliseconds to process each frame, the drone was able to fly over a wooded area, darting and weaving in between trees, at a speed of 30 miles per hour. CSAIL claims Barry's system is 20 times faster than existing software. Thankfully, it's open source and available on GitHub, so you can test it out yourself if you have the means to do so.

In this article: autonomous, CSAIL, drone, MIT
All products recommended by Engadget are selected by our editorial team, independent of our parent company. Some of our stories include affiliate links. If you buy something through one of these links, we may earn an affiliate commission.