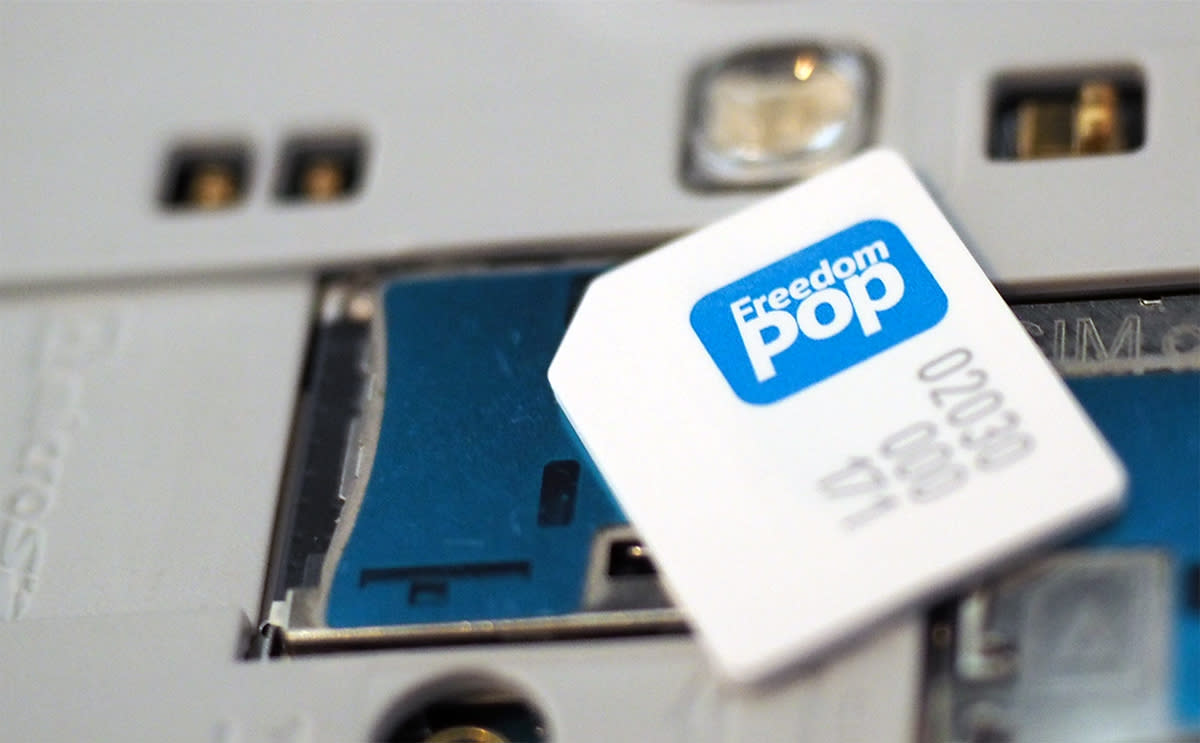 Budget carrier FeedomPop has signed a deal with Intel that will see it introduce a "WiFi-first" smartphone next year. The phone will use Intel's low-cost "SoFIA" Atom x3 processors and leverage WiFi hotspots wherever possible instead of mobile data, even for things like texting and calling. The phone will "seamlessly" switch between WiFi and cellular networks with no discernible difference to the user, and when it does connect to cellular it'll apparently be free. FreedomPop already offers a similar service -- its big selling point is that calls and texts are sent via mobile data or WiFi rather than traditional means -- but this will be the first phone purpose-built for its virtual network.

FreedomPop has been pushing its data-only network for some time now. It claims to have access to the US' "largest aggregated WiFi network," and offers unlimited access (including voice calls and text) to its hotspots for $5 a month. More recently, its ideas appear to have been vindicated by Google, which started a virtual network called Fi that also utilizes WiFi hotspots to improve service.

The carrier started selling an unbranded Android tablet last month, and at the time teased that an "$89 LTE Android phone" would arrive in "the coming months." It's not clear if that's the phone we're talking about today, or if the $89 device will just be a regular cheap phone. Either way, as part of the deal with Intel, FreedomPop has also secured some funds from Intel Capital, the chipco's investment arm, to help "support" the commercial launch of the device. There's no firm details on release date or price for the phone, but it'll be released in "multiple markets" at some point in 2016.

In this article: Atom, freedompop, GoogleFi, intel, mobilepostcross, SoFIA, WiFi
All products recommended by Engadget are selected by our editorial team, independent of our parent company. Some of our stories include affiliate links. If you buy something through one of these links, we may earn an affiliate commission.