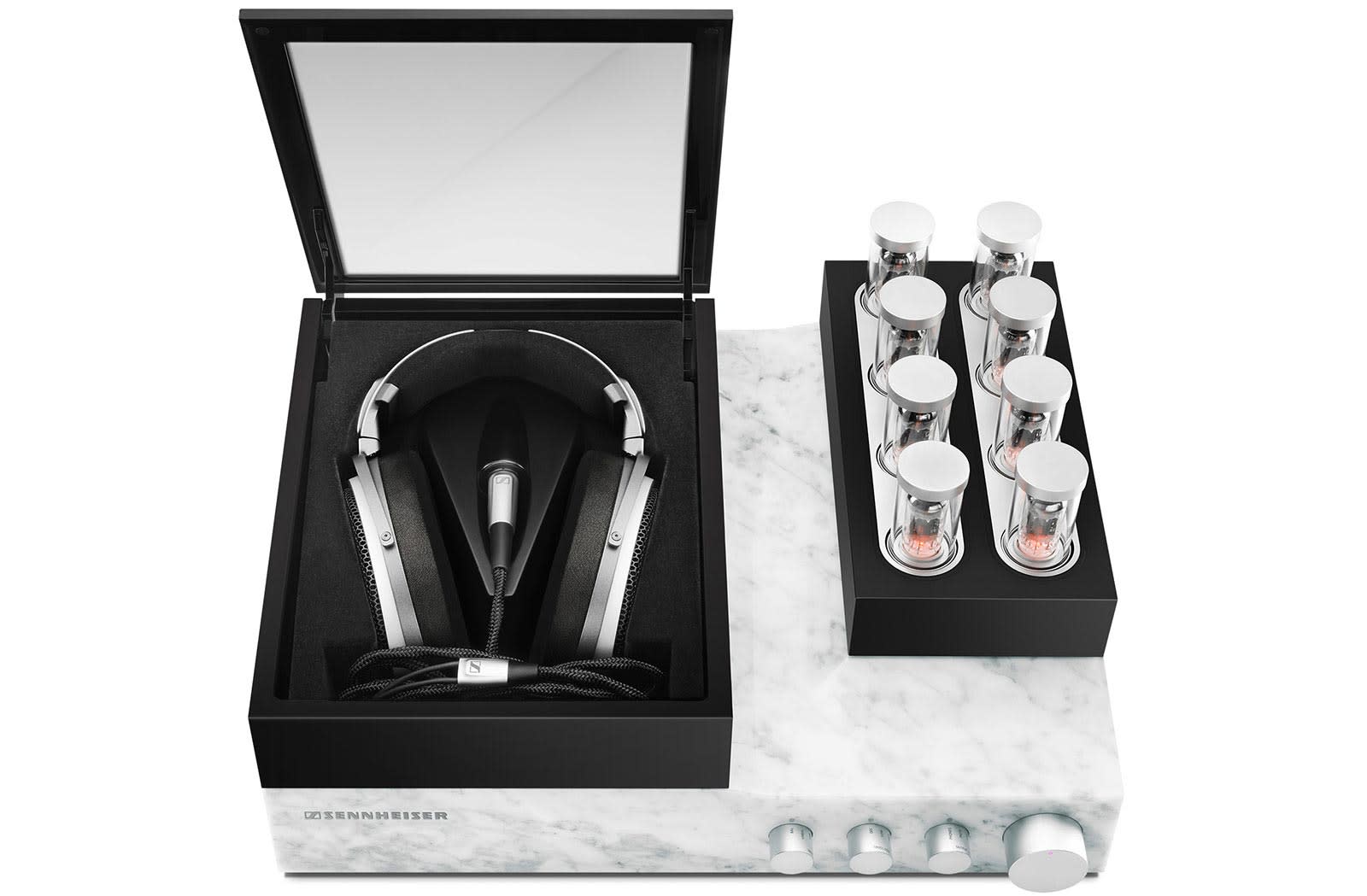 When it comes to the very particular world of audiophile headphones, few names raise as many pulses as Sennheiser's Orpheus HE90. Designed 25 years ago, and limited to 300 pairs, the legendary headset came with its own valve amp, and a hefty $16,000 price tag. Today, Sennheiser lifted the cloth on a new Orpheus, and it's just as crazy. Apparently 10 years in the making, the new Orpheus builds on its predecessor's famous electrostatic design, bringing it up to date with a new signal processor, new marble-clad design, and wonderfully decadent motorized housing that reveals the knobs and valves when you turn it on.

The new Orpheus isn't just about luxurious touches -- though it has plenty of those, including a built in case for the headphones, oxygen free copper cabling and fine German leather. As you can imagine, there are numerous design improvements that work to stamp out any audiophile kryptonite -- such as building amps into the ear cups to avoid any noise introduced by cabling, and eight DACs in total with a sampling rate of up to 384 kHz. (CD's use a "mere" 44.1 kHz sample rate.) The frequency response, for those asking, is from 8Hz to "more than" 100KHz -- way behind what most humans can hear in either direction (most headphones offer something like 20Hz - 20kHz).

That's a lot of headphone, for a lot of money. But, if your audio-cave is missing a pair of these, you'll have to wait until next year to pick 'em up. Plenty of time to put the expected $55,000 entry fee aside.

In this article: audiophile, headphones, luxury, marble, orpheus, sennheiser
All products recommended by Engadget are selected by our editorial team, independent of our parent company. Some of our stories include affiliate links. If you buy something through one of these links, we may earn an affiliate commission.