Huawei's next chipset may give competitors a run for their money 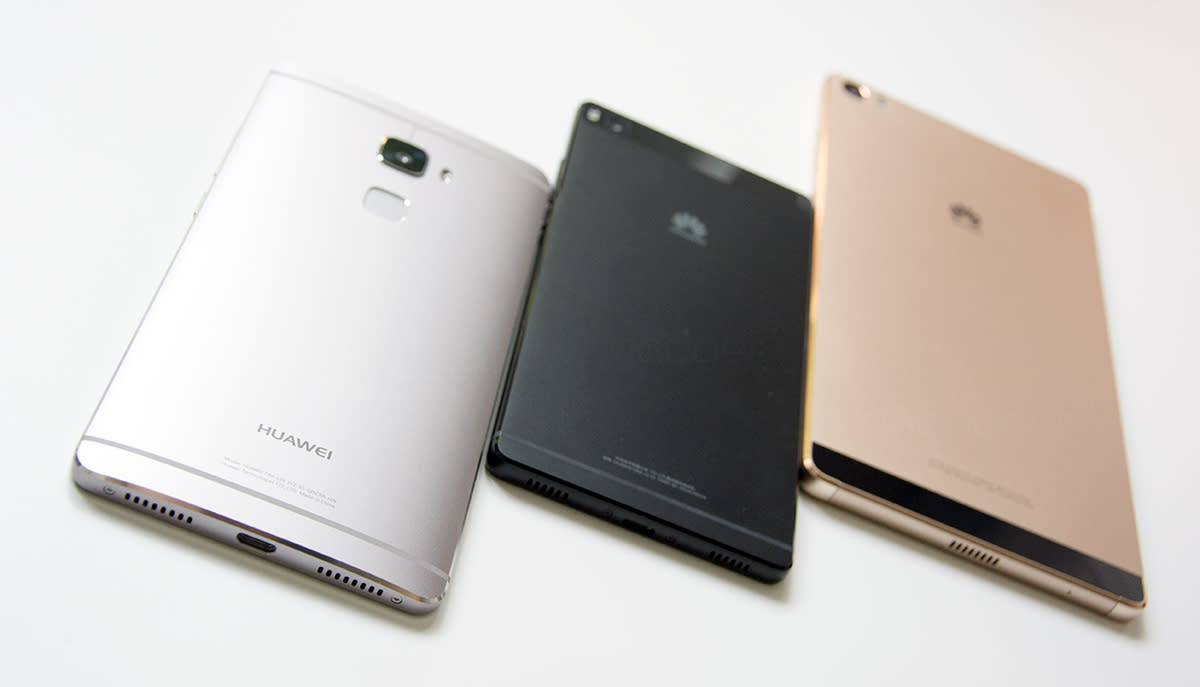 Huawei is now Europe's second largest Android brand, according to Kantar, but there's just no time for celebration. Not too long after launching the Huawei Mate S and the Nexus 6P, the Chinese telecom giant is already teasing the launch of the Mate 8 on November 26. Little is known about this new smartphone so far, but it'll likely be using Huawei's upcoming Kirin 950 chipset announced today, which joins the Apple A9 chip to be one of the first to use TSMC's 16nm FinFET Plus process for improved efficiency. Like its predecessor, the Kirin 950 has an octa-core processor but with much improved performance: 4 x Cortex-A72 and 4 x Cortex-A53 instead of the old mid-range offering of just eight Cortex-A53 cores. It also uses ARM's flagship Mali-T880 GPU so gaming should be blast on the phone.

Other goodies include the faster LPDDR4 RAM, the new i5 sensor hub that's apparently 90 percent more efficient, a powerful image signal processor that's developed in house, and a more efficient single-chip radio solution that still supports LTE Cat 6 carrier aggregation (300 Mbps downlink, 50 Mbps uplink) and global bands. Perhaps more importantly for users like us is that the Kirin 950 will maintain a 60fps UI rendering in most scenarios, yet at the same time, we're told to expect a realistic battery life of up to two days which is quite impressive. Ultimately, it'll depend on the rest of the phone's hardware as well as its software, so come back later this month and we'll let y'all know if the chip lives up to its promise.

In this article: 16nm, biglittle, carrieraggregation, chipset, finfet, hisilicon, huawei, kirin950, malit880, mobilepostcross, modem, soc, tsmc, volte
All products recommended by Engadget are selected by our editorial team, independent of our parent company. Some of our stories include affiliate links. If you buy something through one of these links, we may earn an affiliate commission.