Watch two 'Jetmen' fly alongside an A380 superjumbo

Etihad's A380 'Residence' has a lounge, double bed and an en-suite shower 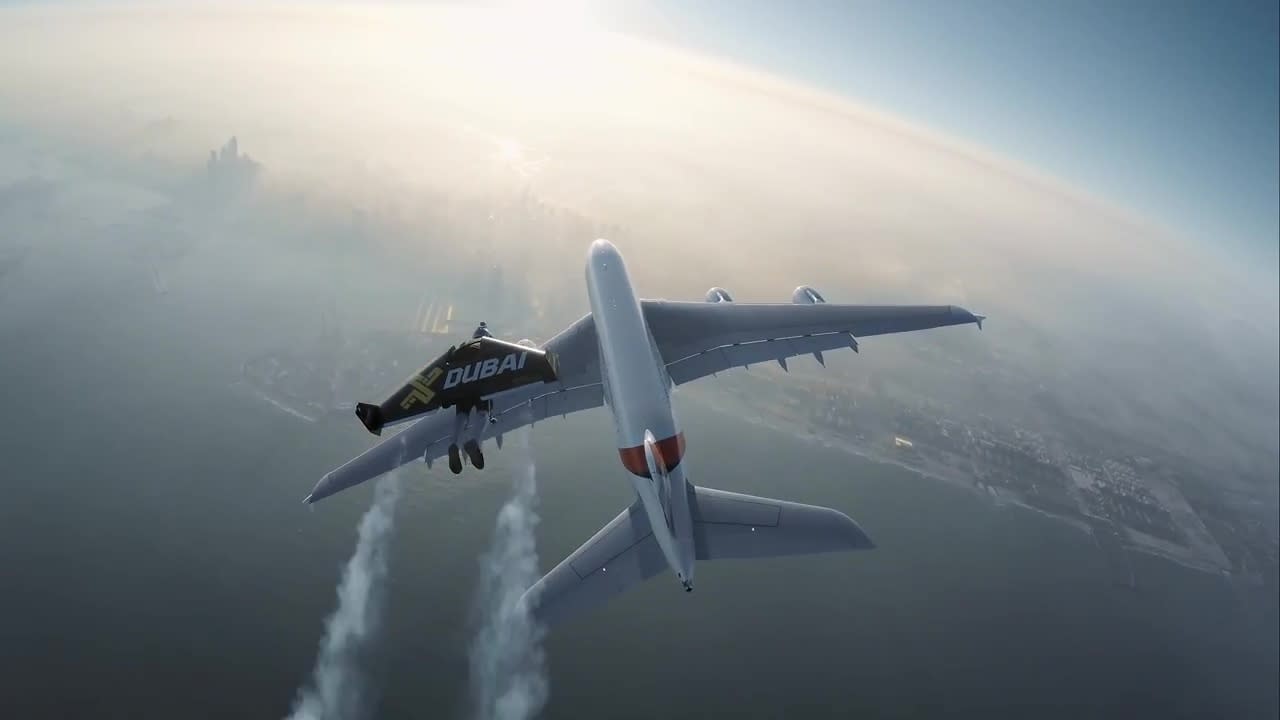 We've seen Swiss daredevil Yves Rossy (aka Jetman) fly his carbon fiber jet wing over Rio, and above Dubai with his protege Jetman Vince Reffet. The latest video from the fearless aviators sees Rossy and Reffet share the skies with something a little bigger -- an Emirates A380 airliner. Once again, the flight takes place over the Palm Jumeirah and Dubai skylines. We can only imagine the duo gives the A380 pilot constant heart palpitations as they deftly maneuver around the plane (y'know, with its jet intakes and all that).

As insane as the stunt may look, it was, of course, carefully choreographed. Cruising at just 4,000 feet ("just" for the plane, that's pretty high for flying people) the trio flew in two holding patterns while a fourth object in the sky (the film crew in a helicopter) kept distance 1,000 feet above. The A380 couldn't be more different from the jet wings worn by the pilots though. The Emirates craft pumps out 70,000 pounds of thrust per engine with a max speed of 490 knots, making the wearable-wing's 88 pounds and 170 knots seem like a mild breeze in comparison.

In this article: A380, dubai, emirates, jetman, jetpack, jetwing, YvesRossy
All products recommended by Engadget are selected by our editorial team, independent of our parent company. Some of our stories include affiliate links. If you buy something through one of these links, we may earn an affiliate commission.