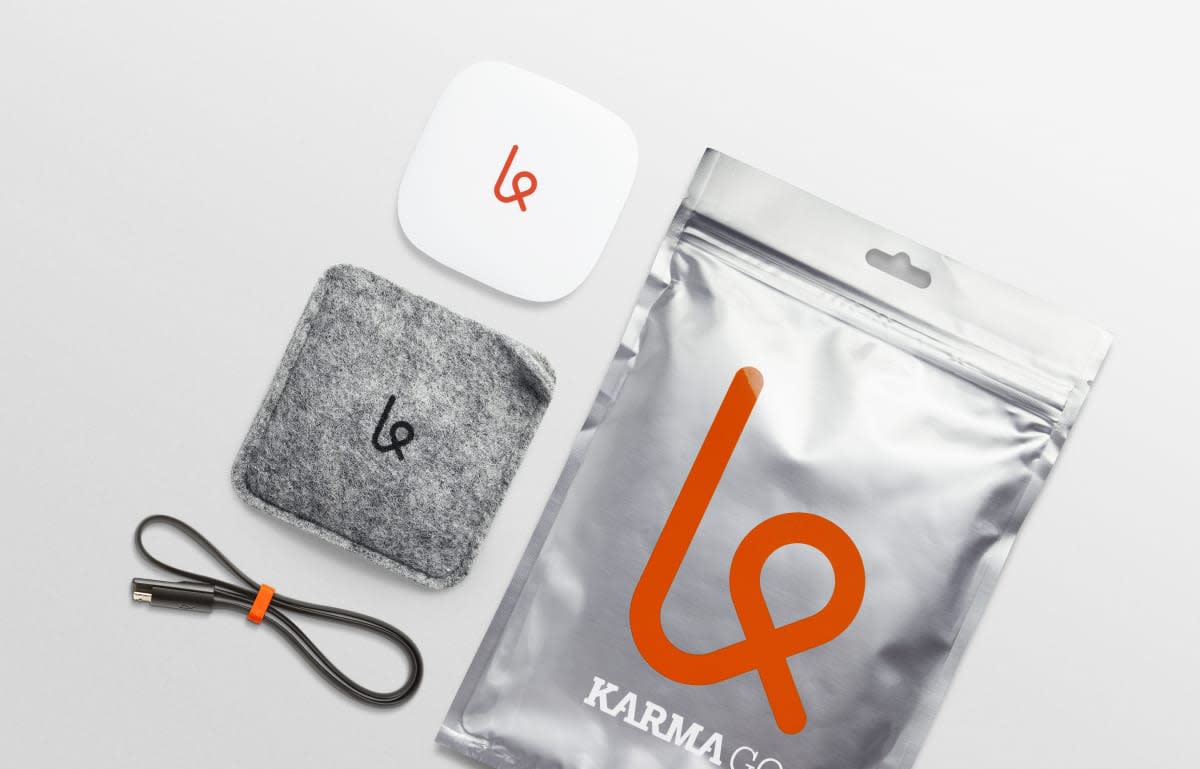 Up until now, the shareable hotspot company Karma has offered internet access one way: Pay as you go for $14 a gigabyte, with free data thrown in when others hop onto your Karma Go hotspot. Now, it's introducing another method called Neverstop, which gives you unlimited internet for $50 a month. You'll be limited to just 5 Mbps download and upload speeds on Sprint's LTE network, but it may be worth paying for peace of mind without data caps. Just like with Karma's initial offering, which is now called Refuel, you'll also be rewarded when other people connect to your hotspot to the tune of $1 a person. With Refuel, you get 100MB of free data when sharing your hotspot.

Karma is big on sharing, so you can't stop other people from connecting to your device. But the bright side with that is you'll also be able to join other Karma hotspots and carry over your data. Of course, you'll still need to shell out $150 for a Karma Go hotspot of your own, on top of service fees.

"We'e been thinking from the start, pay-as-you-go is a good model if you don't use it [Karma] too often," said Karma CEO Steven van Wel in an interview. "But slowly, as we come bigger, that model tends to become expensive." As he explains it, Karma always intended to offer unlimited plans, it just had to build up its software and find a reliable partner. It wasn't exactly possible with Clearwire's WiMax network, which Karma's first-gen devices used, but Sprint's LTE network is another story. Van Wel notes that the unlimited speeds can also improve eventually, as Sprint beefs up.

In this article: hotspots, Karma, Neverstop
All products recommended by Engadget are selected by our editorial team, independent of our parent company. Some of our stories include affiliate links. If you buy something through one of these links, we may earn an affiliate commission.