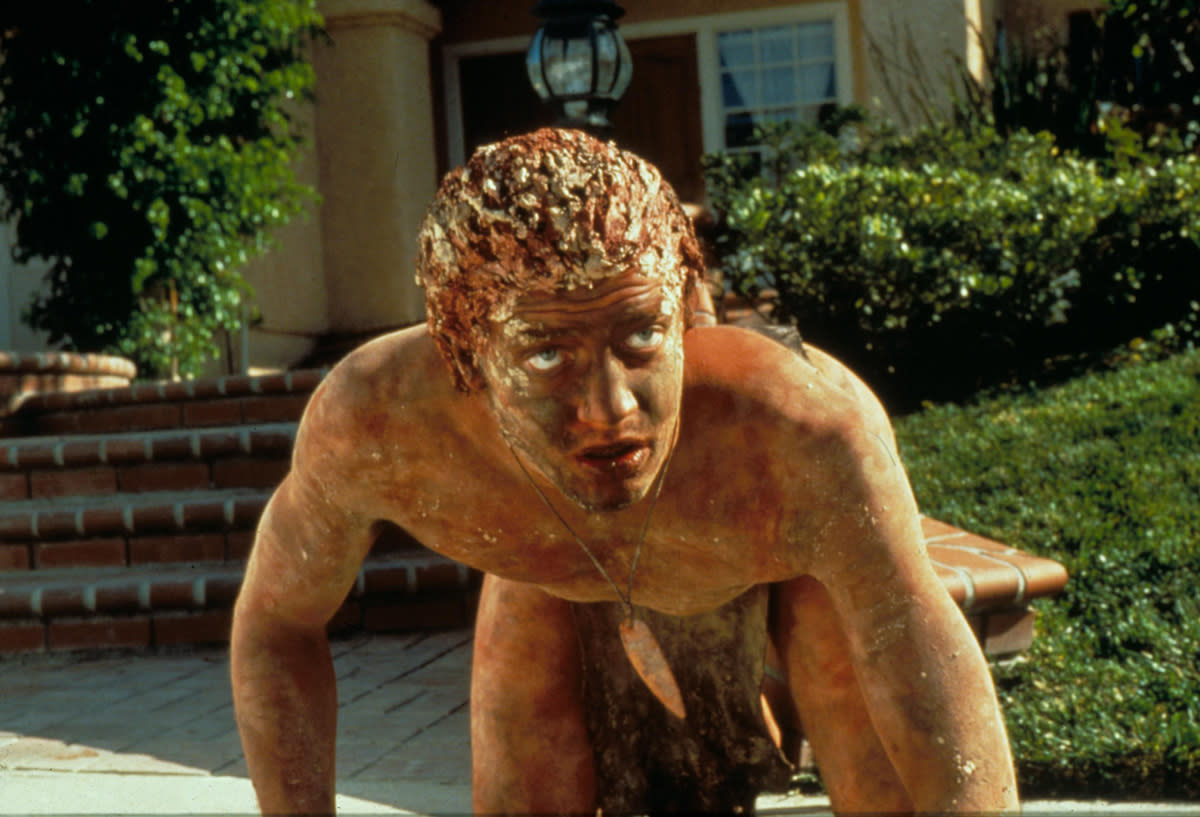 That's me four months ago, emerging from the frozen tomb of a near decade-long relationship. OK, that's Brendan Fraser, but when I finally surfaced from the cold-comfort coffin of love lost, I was thrust into a strange new world, where courtship starts with a dick pic, dating is done by phone and text messages are the preferred mode of romantic communique.

It's not as if I'd never heard of Tinder, Grindr and their ilk -- they have, after all, surpassed brick-and-mortar meat markets as the go-to bone factories for anyone under 40. But traversing the unknown terrain of digital dating is like trying to find your way out of The Labyrinth. It's a disorienting maze of new social mores, where strangers attempt to lure you with disembodied extremities; trolls run amok; old men in tight pants may or may not expect you to pee after they slap you; and you're lucky if you make it out alive without losing your innocence and your lunch.

In the four months since my breakup I've culled the combined wisdom of my single friends to help me through this twisted maze. (Look for my guide to online dating: "Limp catfish and other cautionary tales" in the near future.) Just about all of my eligible friends have shared their personal war stories from this new era of love as a digitized battlefield.

Here are a few of the lessons I've learned from the frontlines of dating in the 21st century:

1. A simple "hello" is your RSVP to a private viewing of strange dick
2. Never turn on location-based dating apps at the office. EVER!
3. Never show your face
4. Always show your face
5. NSA means something totally different outside of security circles
6. Never exchange numbers
7. Only exchange numbers after you've made a date
8. That space between the anus and the scrotum has a scientific name
9. Siri does not care about you. She is not your friend. She will sell you out faster than you can swipe left on a sad clown choking a rubber chicken
10. You have a premium account? LOL

Man-made innovation has given birth to a new, computer-assisted intimacy, and that in turn has birthed "Computer Love," a semi-regular column exploring the ins and outs of technology's impact on our love lives. Over the coming months I'll dive deep into the sweet, sticky stew of sex in the 21st century with you as my copilot.

Don't worry, it won't hurt a bit. Unless, of course, you're into that sort of thing.

In this article: column, computerlove, dating, datingapps, grindr, hookupapp, relationships, sex, SexRobot, sexuality, tinder
All products recommended by Engadget are selected by our editorial team, independent of our parent company. Some of our stories include affiliate links. If you buy something through one of these links, we may earn an affiliate commission.
Share
Tweet
Share