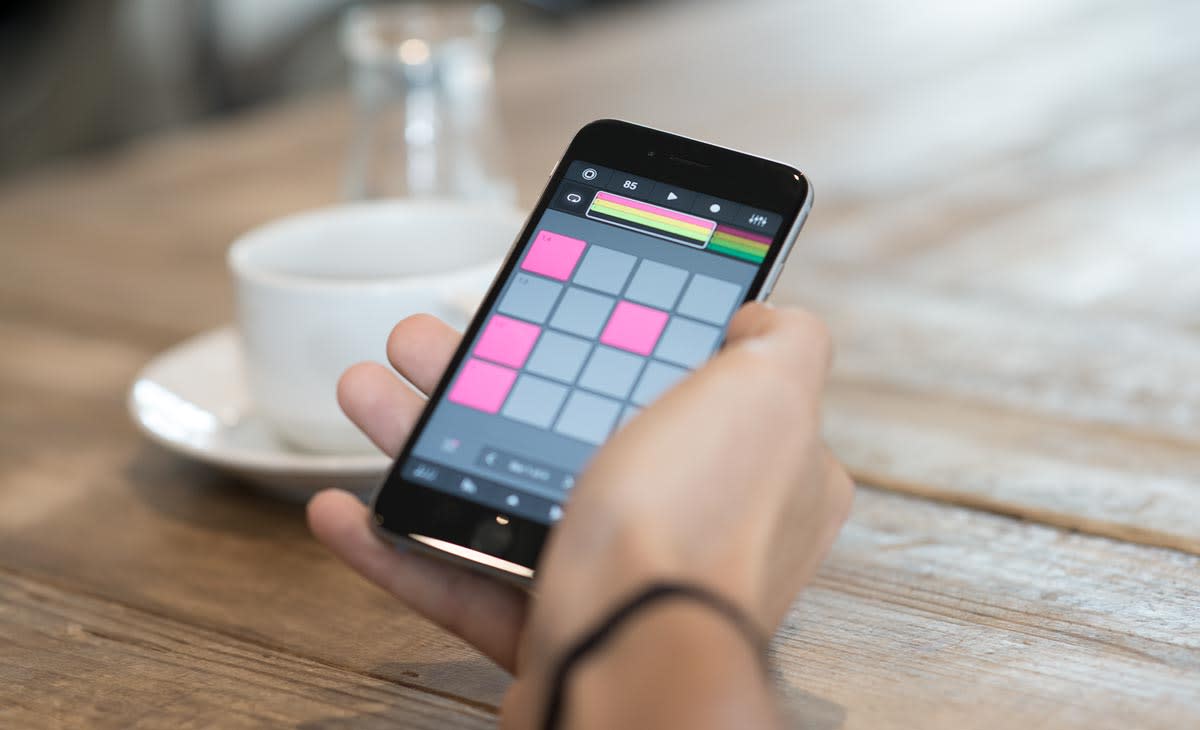 Native Instruments is a huge player in the music production and DJ world. Its Traktor DJ software and (myriad) hardware controllers are a favorite with digital crate diggers. The company also manages to squeeze Traktor (and Maschine) into surprisingly comprehensive iOS apps -- but there's obviously a trade off. That gap in functionality shrinks a little today with iMaschine 2, which has the ability to make complete songs (not just loops), and puts Apple's 3D Touch -- a feature that's ripe for music making apps such as these -- to clever use.

Making full tracks on something like an iPhone tends to split opinion. Some think a mobile device can never compete with a more robust setup, others find the accessibility of apps liberating, and their inherent limitations a challenge in itself. Whichever camp you're in, iMaschine 2 has a few features that might appeal. A new "arranger" lets you build a song in parts (or you can record a live performance) which can then be... well, arranged. A new "step" mode lets you put down musical ideas in the time-honoured 16-step/note approach (like this). Keyboard performances get some chord and arpeggio features inherited from Native Instruments' Komplete Kontrol series.

Still, for many, the most interesting feature is how iMaschine 2 uses 3D Touch. I've been tinkering with electronic music production for a while, so when I first head about Apple's pressure-sensitive trickery, I instantly thought about how it might be used to improve music-making apps. Modern MIDI keyboards include "velocity" data -- basically telling a computer how hard you press a key or push a pad. This information can then be translated into playing a louder or quieter note (among many, many other things) which allows machines to deliver a much more natural sounding, expressive performance.

iMaschine 2 offers the same functionality in a mobile music app using Apple's multi-pressure sensing display. Similar ideas have been tried before, usually using the phone/tablet's accelerometer, but with mixed results. The benefit of 3D Touch being its consistency. The harder you tap the pads the louder your drum sound/synth note will play. A small, but significant step forward for pocket producers. You can also use 3D Touch to change arpeggio speeds in real time, or create drum rolls without your finger leaving the display (as demonstrated below). As with other apps, 3D Touch also provides quick access to key menu options.

Like the original iMaschine, you can still record your own audio samples into the app, and you can sample/borrow bits of tracks in your iTunes library for use in your own songs. Native Instruments will also sell you expansion packs with extra drum and synthesiser sounds, so there's no real limit to what you can do musically. That said, there's still not a wealth of advanced editing tools or audio effects (though there are basic filters). No bother though, because any project you make on the bus can be exported to the full-fat (but much more expensive) Maschine hardware/software combo. If you're happy to stick with the app though, the entry fee is $5 if you get in before December 1st, after which it bumps to a still relatively modest $10 (given it scales up to iPad nicely, too).

In this article: 3dtouch, dj, imaschine, ios, ipad, iphone, maschine, music, nativeinstruments, traktor
All products recommended by Engadget are selected by our editorial team, independent of our parent company. Some of our stories include affiliate links. If you buy something through one of these links, we may earn an affiliate commission.