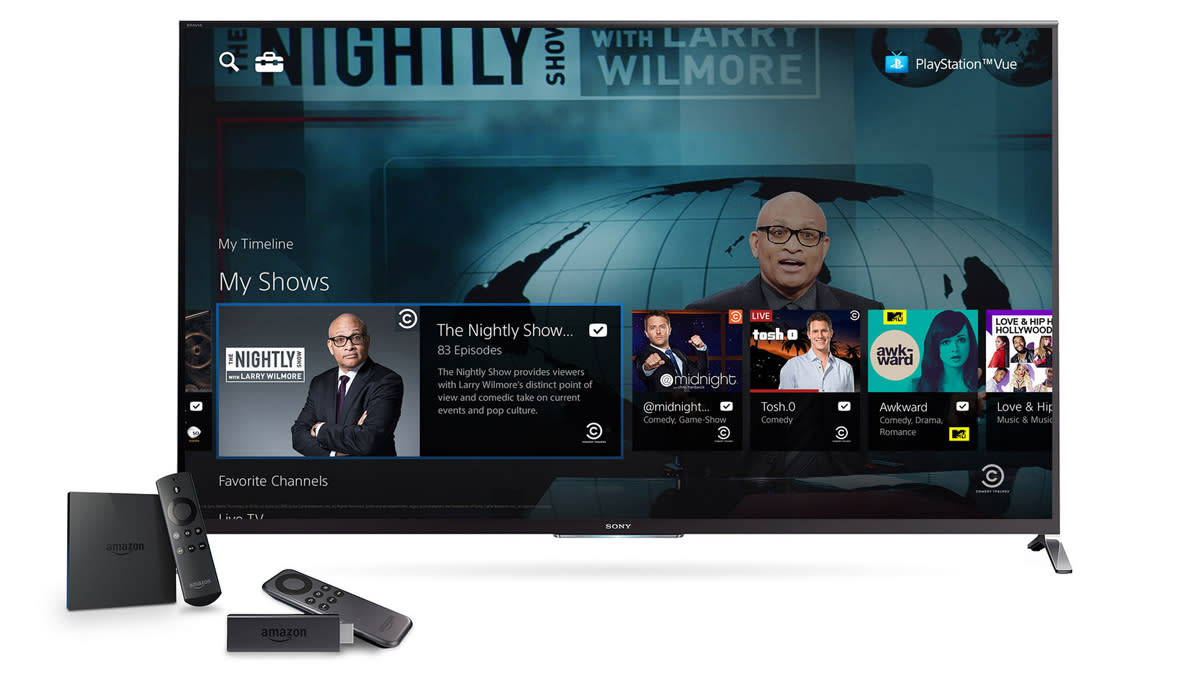 Sony's TV subscription service, Playstation Vue is expanding to the Fire TV and Fire TV Stick with Chromecast support coming soon. The electronics giant also announced a $5 price drop on Core ($54.99 from $59.99) and Elite ($64.99 from $69.99) packages. Subscribers will notice the price reduction during the next billing cycle. The Vue service already works on the PS4, PS3, iPad and iPhone. While a price reduction for bundles is nice, the streaming TV service announced at E3 it would offer up á-la-carte network subscriptions this fall. It'll be interesting to see the pricing of built-to-order subscriptions when this launches. PlayStation Vue is available in Los Angeles, Miami, New York, Chicago, San Francisco, Philadelphia and Dallas with more markets planned for the future.

In this article: Chromecast, FireTV, FireTVStick, hdpostcross, PlayStation, PlayStationVue, PS3, PS4, sony
All products recommended by Engadget are selected by our editorial team, independent of our parent company. Some of our stories include affiliate links. If you buy something through one of these links, we may earn an affiliate commission.