SnorePro might stop you from snoring (but probably won't) 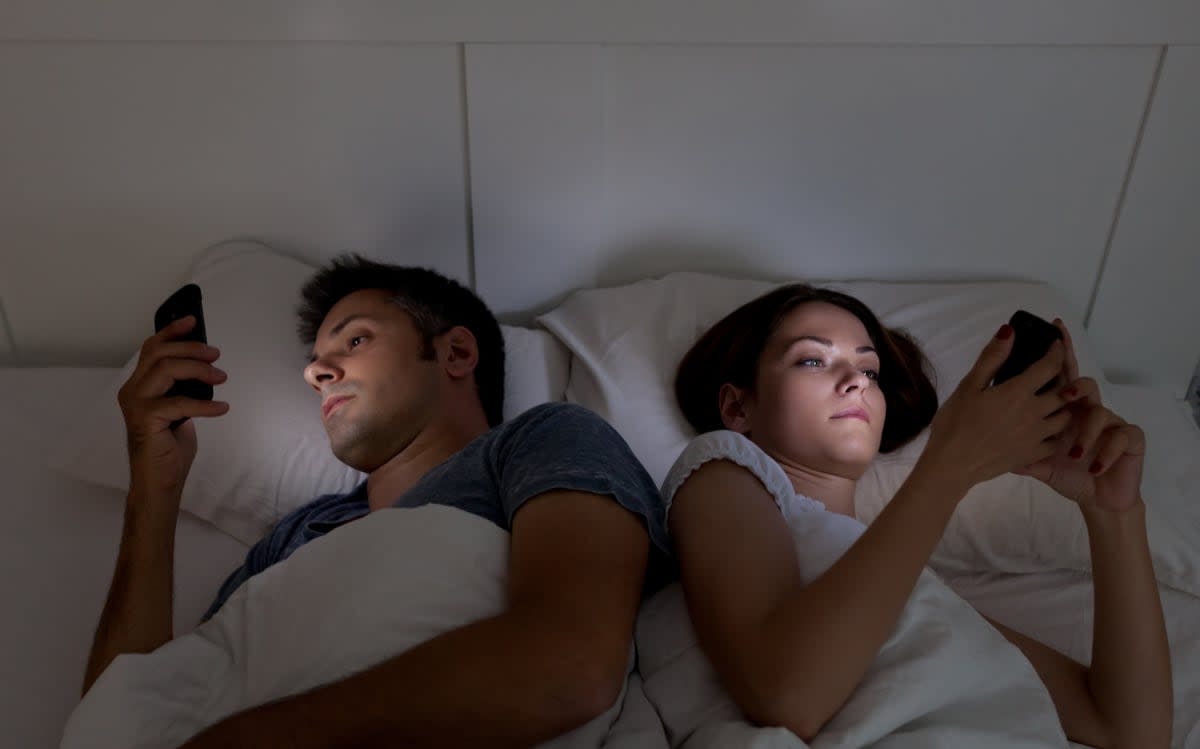 We've all done it: you've gone to bed early in order to catch up on some much needed sleep, only to lay there for hours staring at your phone until you're no longer tired. Some reports believe handsets shouldn't get all the blame for our poor sleep schedules, but we've known for some time that those glowing displays aren't helping. The best solution would be to turn devices off before going to bed, but leading sleep experts are also calling for device makers to include an automatic "bedtime mode" to help us drift off easier at night.

Paul Gringras, a professor at Evelina London Children's Sleep Medicine and King's College London, and his team conducted a study that analyzed the light emissions of a smartphone, tablet and backlit e-reader (a Kindle Paperwhite). While most people rely on a day/night balance to regulate their sleep patterns, helped by the production of the melatonin as it gets dark, modern displays emit a blue-ish light that suppresses the hormone and gradually makes us more alert. Smartphone displays are getting brighter, but they're also getting bluer, which could be damaging our health through lack of rest.

In the first test, volunteers were given orange-tinted glasses that could block out the blue light, while in the second, they used an app that was designed to be used at night and shifted its color palette accordingly. Both proved effective, but taking a protective pair of protective glasses to bed isn't the most appealing solution. Experts believe a more viable alternative is to use software to apply a "mask" to the device itself. Solutions like F.lux already exist, but its developers recently encountered resistance when they finally released an iPhone app (that needed to be sideloaded) and Apple pulled it a few days later for violating its developer agreement.

"A faster and more tenable solution would be for manufacturers to ensure that software design is optimized when night-time use is anticipated," the report says. "All hardware devices allow an automatic "bedtime mode" that shifts blue and green light emissions to yellow and red as well as reduces backlight/light intensity."

Researchers admit that getting people to remove their smartphones and tablets from the bedroom is a big ask, especially for teenagers and adults who "make their own choices and are often influenced by peer and work pressures." By asking phone makers to take "more responsibility" and include automated solutions in their products, experts believe you could enjoy a better night's sleep without having to change your smartphone habits.

In this article: bedtime, flux, light, mobilepostcross, sleep, study
All products recommended by Engadget are selected by our editorial team, independent of our parent company. Some of our stories include affiliate links. If you buy something through one of these links, we may earn an affiliate commission.