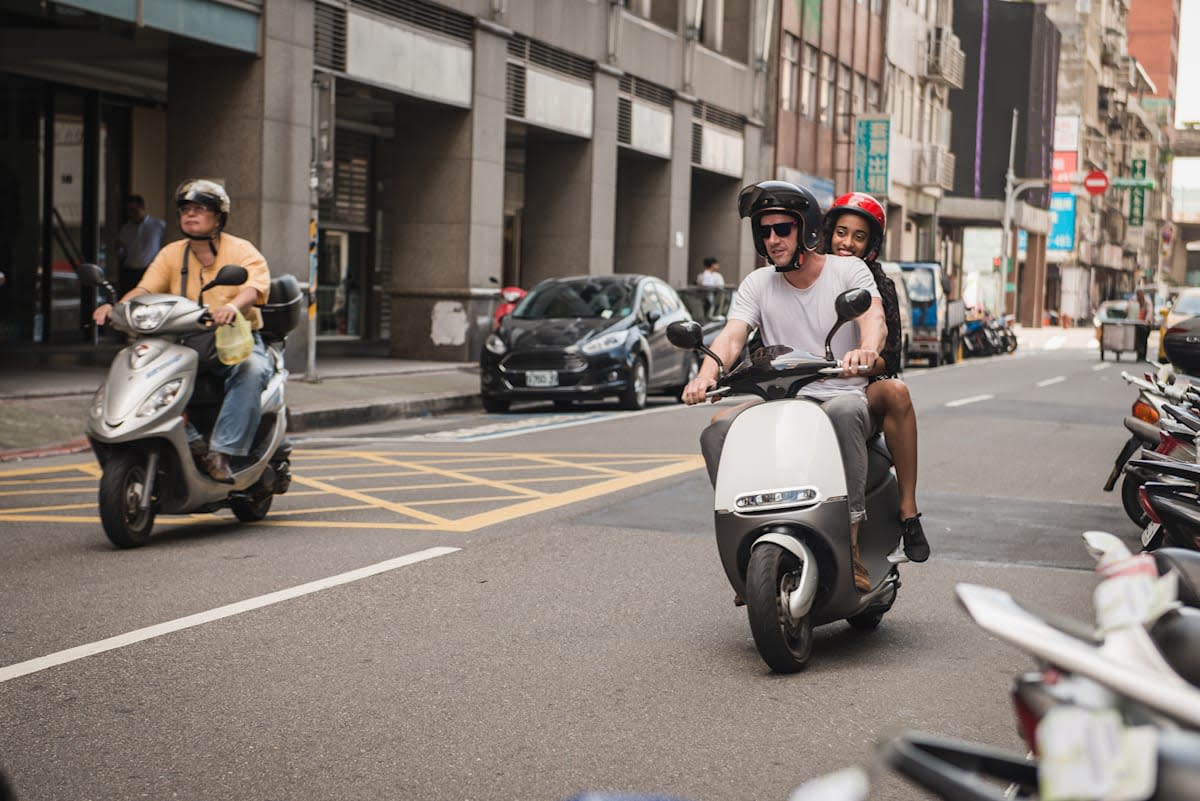 After launching in the scooter-drenched city of Taipei, Taiwan, Gogoro is setting its sights on Europe; Amsterdam specifically. Today the company announced that it's headed for the capital of the Netherlands in the first part of 2016 and that it will expand to other cities in the second part of the year. Unlike other electric scooters that charge via a wall outlet, Gogoro has a series of GoStation battery swapping stations. When the charge on a bike runs low, riders pull into a station and swap their one or both of their nearly dead batteries with a fresh ones and carry on. That entire ecosystem is coming to bike-centric Amsterdam along with the company's Smartscooter.

Gogoro is partnering with Amsterdam's Smart City Experience Lab to make battery-swapping scooters available to citizens. The city has been aggressively researching ways to make itself more efficient and green. It's already an incredibly bike-friendly city with dedicated lanes that are open to both cyclists and scooters. The Smartscooters seem like a perfect fit. Gogoro CEO, Horace Luke told Engadget that a delegation approached the company in Taipei, "they saw the vision and GoStation and asked when they could it have it their city."

In Taipei, the company has already sold 2,000 scooters since its launch this summer and has placed 90 GoStations in gas stations, 7-11s, cafes, universities and other high traffic areas. For its roll out in Amsterdam, the city has been sharing areas with the company it believes would work well as recharging stations. City of Amsterdam CTO, Ger Baron stated "the next wave of innovation is the integration of electric vehicles into the energy grid, EV charging and storage will be part of the energy-internet. Gogoro is now bringing scooters to the 21st century and connecting them to the smart energy ecosystem."

In this article: amsterdam, electricvehicle, EV, Gogoro, scooters, smartscooter
All products recommended by Engadget are selected by our editorial team, independent of our parent company. Some of our stories include affiliate links. If you buy something through one of these links, we may earn an affiliate commission.