Facebook introduces a scam ad reporting tool in the UK 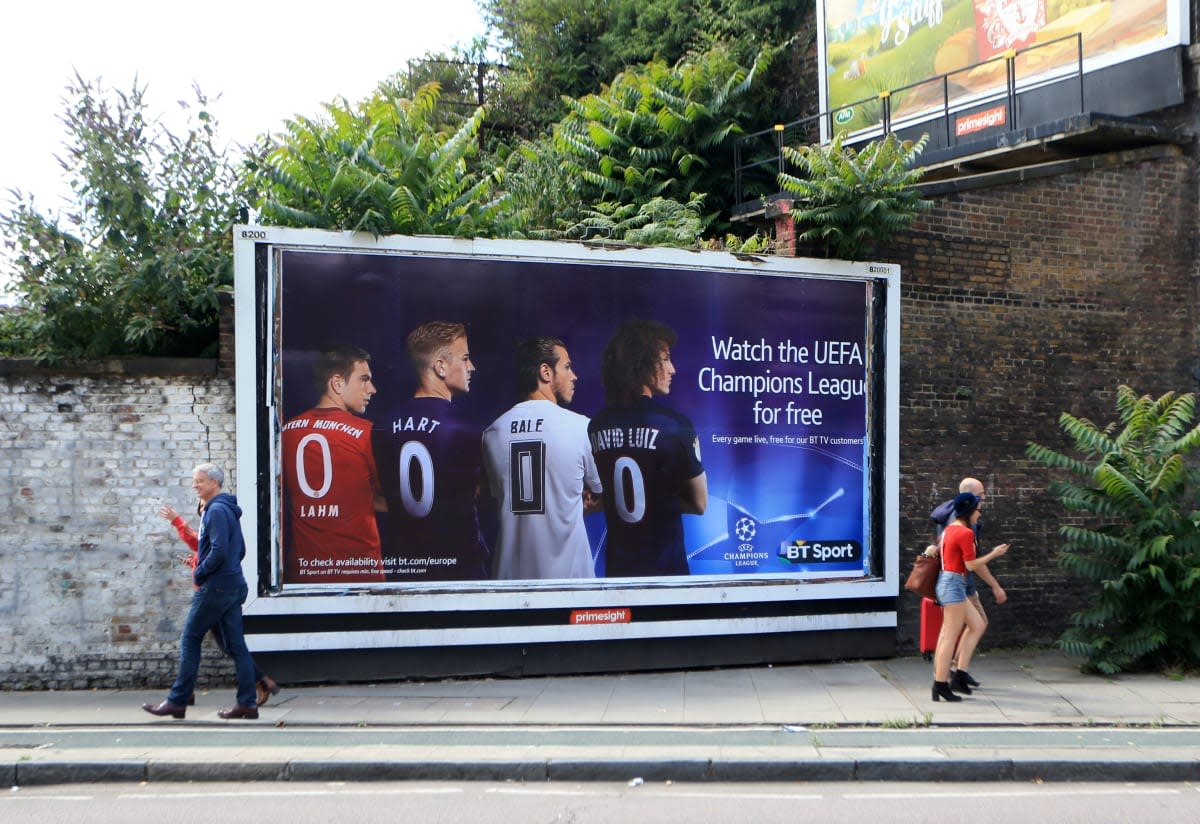 Once again, BT has been criticised for promoting its BT Sport channels with "misleading" TV ads. The UK's Advertising Standards Authority (ASA) has told the company to pull a number of adverts, including a prominent one on TV, which promises free BT Sport access for BT TV and BT broadband customers. For BT, this is particularly bad timing. The company finally has the rights to broadcast live Champions League and Europa League football in the UK, after snatching them from Sky back in 2013. The two prestigious tournaments didn't come cheap, so BT needs BT Sport -- and specifically its new BT Sport Europe channel -- to be a resounding success. With that in mind, BT has been heavily promoting its European sports coverage as a "free" extra for all BT TV customers.

That's not quite true, however. The channels are only free if you're a new subscriber, or if you sign a new 12 or 18 month contract for both BT TV and broadband. If you have time left on your current contract, and want to stick with that, you'll have to pay extra for BT Sport.

Since the adverts were first released, the ASA has received 26 complaints. Some of these revolve around a TV ad which depicts a BT employee, called Oliver, asking famous football players to wear a shirt with the number "0" on the back. The general concept is that Oliver is brainstorming new ideas for a BT Sport ad and thinks the novel shirt numbers are a good way to communicate the company's pricing. "That's how much our BT TV customers will pay to watch the UEFA Champions League on BT Sport," he says to Alex Oxlade-Chamberlain partway through. The punch-line is that all of the players, including Gareth Bale and Franck Ribery, laugh the idea off, much to Oliver's embarrassment.

Some small print explains that this is only true for BT TV customers that "re-contract TV & BB for 18 months." A clear explanation, but the problem is that it's only visible at the very start of the ad, before the deal itself and any mention of BT Sport is communicated to the viewer. The ASA took issue with this and the term "BB," which it believes isn't an obvious contraction of broadband. "The on-screen text was not sufficient to make clear the extent of the commitment existing BT TV customers would need to make," the ASA ruled.

The watchdog took issue with Oliver's dialogue too, pointing out that it doesn't make clear that new customers need to buy BT broadband, not just BT TV. His exchange with Oxlade-Chamberlain also doesn't explain how the deal differs for existing BT customers.

As a result, the ASA has decided to ban the ad in its current form. It's an embarrassing moment for BT, but one that's unlikely to affect its overall marketing strategy (it's only one ad in a larger marketing campaign, after all.) Still, maybe this decision will force BT to think twice about its future TV ads and better communicate the price of its sport coverage.

In this article: advert, advertising, AdvertisingStandardsAuthority, asa, bt, btsport, btsporteurope, championsleague
All products recommended by Engadget are selected by our editorial team, independent of our parent company. Some of our stories include affiliate links. If you buy something through one of these links, we may earn an affiliate commission.