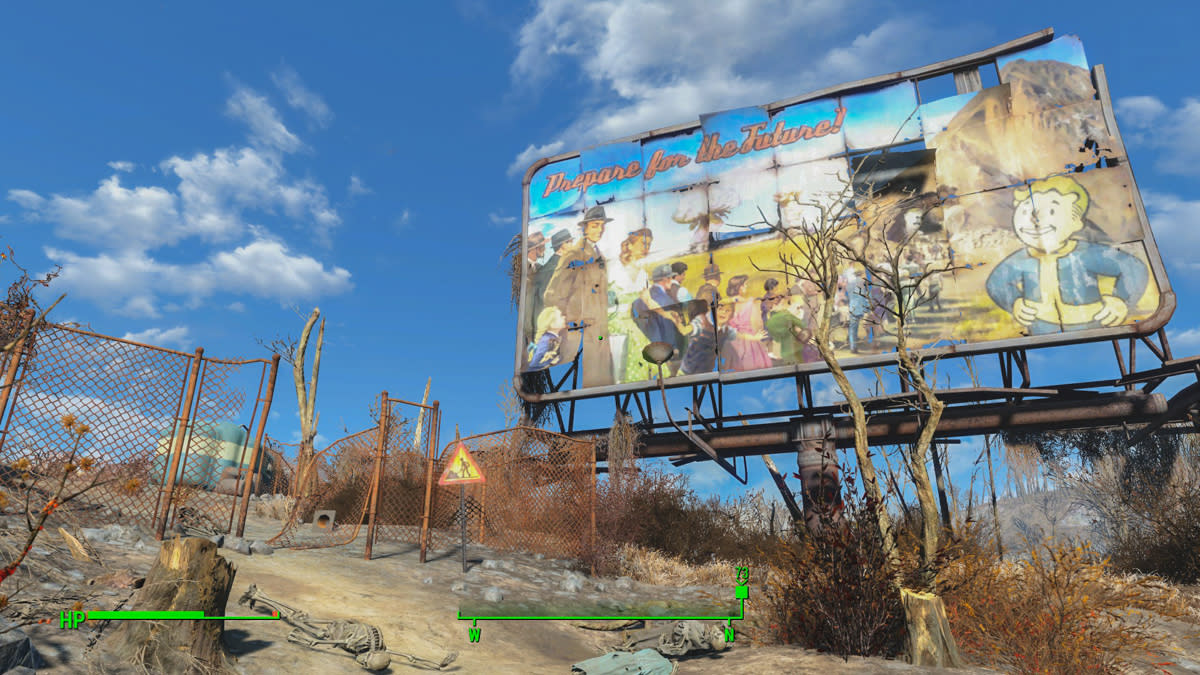 Open-world games aren't going away anytime soon, but more often than not when we play them we're being led around by a breadcrumb trail instead of actually exploring. Sometimes even quite literally. The reasoning for that is because it's much easier for game developers to stick a mini-map or quest directions in the heads up display than it is to integrate means of navigation into the game world itself. It's a topic YouTuber Mark Brown knows well and he's taking it for a spin in developer Bethesda Softworks' sprawling Fallout 4. In his latest entry into his Game Maker's Toolkit series he explains why he's turning off the quest markers in Fallout's irradiated Boston and trying to let his nose lead the way, so to speak.

He argues that it's when games promote exploration by giving you scraps of information and forcing you to piece the clues together of how to find a location, that the payoff is much more satisfying than arriving at a waypoint and digging up treasure in the exact spot you were told about via in-game breadcrumb trails. The latter breaks the illusion that you're actually exploring a game rather than working your way down a list of tasks to finish.

Assassin's Creed 4: Black Flag, Red Dead Redemption, the original Deus Ex and Thief are all cited as examples of doing this sort of thing right because they make the player actually use her or his noggin to figure out where the booty or objective's hidden. You know, as a real treasure hunter might. What about you? Are you the type to have a game lead you around on a tour, or do you make your own way in a world? Hit the comments and let us know.

In this article: bethesda, bethesdasoftworks, fallout, fallout4, gamedesign, gamemakerstoolkit, gaming, hd, hdpostcross, HUD, MarkBrown, pc, playstation, playstation4, xbox, xboxone, youtube
All products recommended by Engadget are selected by our editorial team, independent of our parent company. Some of our stories include affiliate links. If you buy something through one of these links, we may earn an affiliate commission.