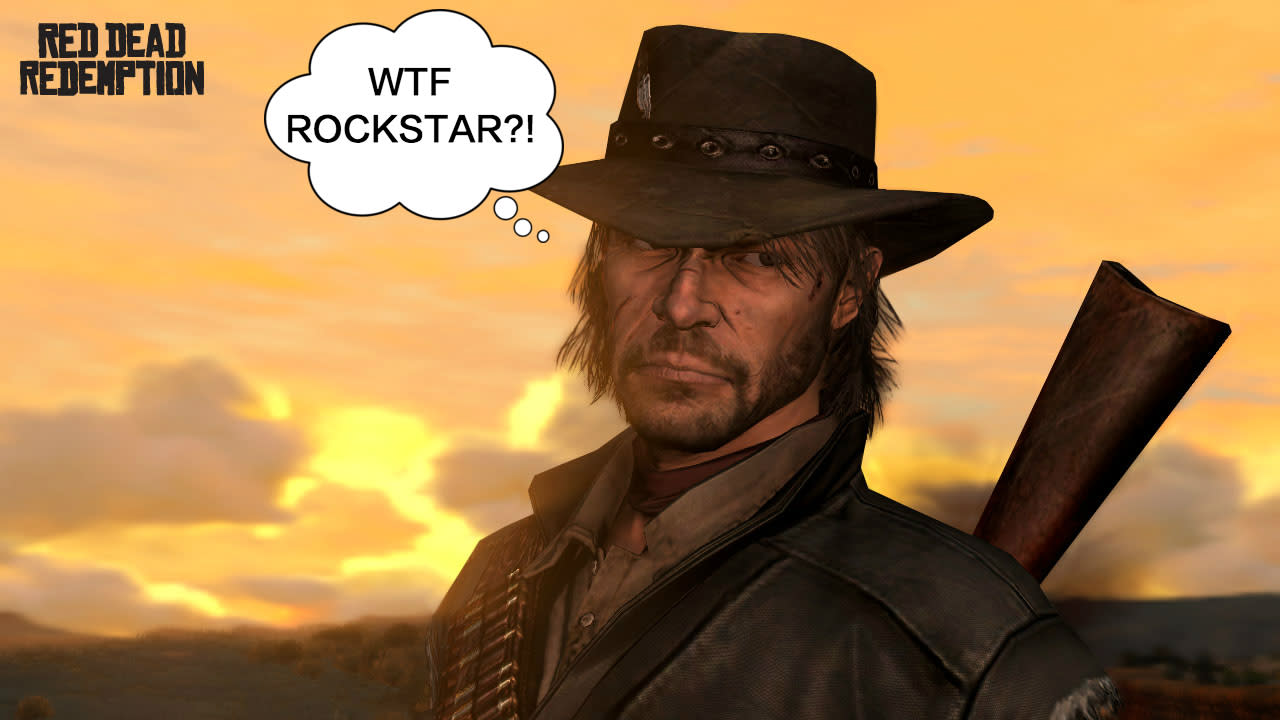 You aren't alone in your desire to play Rockstar Games' old West epic Read Dead Redemption on your Xbox One -- Microsoft's director of program management Mike Ybarra wants to play it again, too. "I would love to see Red Dead," he said of making the Xbox 360 game backwards-compatible. In a recent interview, Ybarra revealed that it's a personal favorite and that he's played hundreds of hours of the dusty 2010 open world game. Behind Call of Duty: Black Ops II, it's number two on the list of fan-requested titles for the just launched Xbox One backwards compatibility feature.

But Ybarra isn't in control of what gets approved and what doesn't. Think about it this way: It's one of his favorite games, and given Ybarra's position within Microsoft, even he can't get this to happen. According to Ybarra, there's some engineering work that has to be done on a per-game basis, but the real reason for the holdup is something different: Red Dead Redemption's publisher. "Call Rockstar," he said. "The biggest hurdle is getting the publishers to approve a title."

After the gaffes surrounding the Xbox One's debut, Microsoft has put a huge emphasis on fans voicing their opinions to help shape the console. The company encourages its fans to have a say in a voting process for features -- backwards compatibility itself was a deafening fan request. "If fans want those games, they should ask the publishers."

Rockstar Games' Twitter handle is @rockstargames; you know what to do.

In this article: backwardscompatibility, gaming, hd, hdpostcross, microsoft, mikeybarra, reddeadredemption, rockstargames, windows10onxboxone, xbo360, xbox, xboxone
All products recommended by Engadget are selected by our editorial team, independent of our parent company. Some of our stories include affiliate links. If you buy something through one of these links, we may earn an affiliate commission.