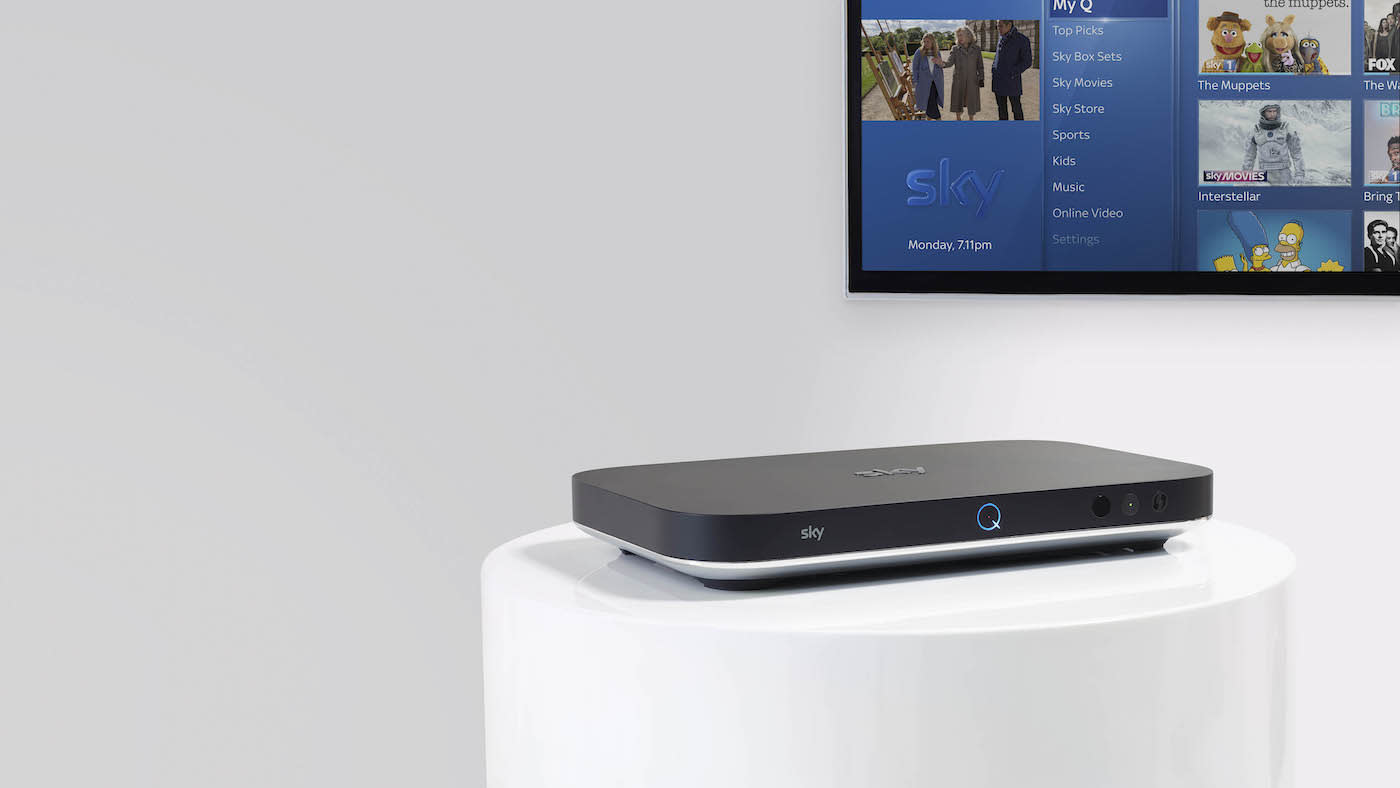 Television is going through a period of transition that's greater than almost anything that's been seen up to this point. The inexorable rise of the internet, smartphones, tablets and on-demand viewing have combined to relegate the communal living room TV to being just another screen. That's a problem for Sky, which for so long has offered a single box -- more, if you had the cash -- as gatekeeper between you and its entertainment riches. The firm knows that it's going to have to adapt if it's going to remain king of your viewing universe, which is why it's launching Sky Q, formerly known as Project Ethan, the long-awaited set-top box, or should that be boxes, of the future. The biggest news is that Sky Q isn't just one product, but a whole suite of devices that are designed to spread out across your home. First up, there's Sky Q Silver, an ultra high definition (4K) ready set-top box that's around half the size of the existing Sky+HD box. The device comes with a whopping 12 channel tuners which are used to push live TV to all of the other boxes that you're expected to own. The unit also comes with 2TB of built-in storage (1.7TB of which is available for use), letting you record roughly 350 hours of HDTV. The company also is producing a barer-bones Sky Q primary box that comes with 1TB of storage and the ability to support fewer external devices, but is otherwise the same. If Silver (and its cheaper sibling) is designed to sit below your living room's TV, then the Sky Q Mini is aimed squarely at the bedrooms (and other rooms) of your home. The Mini is capable of pulling down live TV from the Silver's leftover tuners, and you can have up to two running on the same network. Rounding out the collection, meanwhile, is the Sky Q Hub, an 802.11ac WiFI router that'll do the job of connecting all of this gear to the internet. But that's not all, since all of the Sky Q devices also come with WiFI and Powerline tech that's designed to ensure that there are no signal blackspots anywhere at home.

Sky is waving goodbye to the muscular menu-style remote control that's been so ubiquitous on all of its devices for the last decade. In its place, the company is launching a smaller and sleeker Bluetooth remote that ditches the four-way menu buttons for a circular touchpad. It's promised that voice search will also be coming to the device, but there's no word on when that's likely to happen. Sky has also addressed the concerns of users who found it grating when they lost the remote — so now, if you push the front button of the Sky Q Silver box, the handset will make itself known. The company has also opened up its platform for the first time, signing deals with YouTube and Vevo to be available on the set. The firm also shook hands with Vanity Fair, Red Bull Sports and GoPro to bring their original content onto the boxes. In addition, the Sky Q Silver hardware supports AirPlay and Bluetooth, enabling you to push music and photos from your mobile device onto the box. As for things to watch, the box itself is 4K "ready," but the company won't be pushed on how long it'll take before it begins offering video in that standard. It looks as if it won't be forced by its new rival BT into scrambling to broadcast in 4K before its ready.

As well as new hardware, the company has unveiled the Sky Q app, which will debut for tablets when the product launches in early 2016. The app will enable you to watch live and recorded TV on two more devices in your home, as long as they're all connected to the same network. In a move that's clearly shoving a middle finger towards Netflix, Sky now lets you save your recorded TV shows and movies to your tablet. If you're planning on a long-haul flight with no internet connection, you can push down any and all Sky content from your Silver to your tablet for offline viewing wherever you go. The firm has mentioned that the product will make its way onto smartphones as well, but neglected to mention the specifics.

Of course, the big question is how much will this service (and the corresponding devices) set you back on a monthly basis. Naturally, when we asked representatives here, they could only respond with a wan smile and a shake of the head. We're taking that as a "no comment," presumably because they themselves don't know.

In this article: Sky, SkyQ, video
All products recommended by Engadget are selected by our editorial team, independent of our parent company. Some of our stories include affiliate links. If you buy something through one of these links, we may earn an affiliate commission.