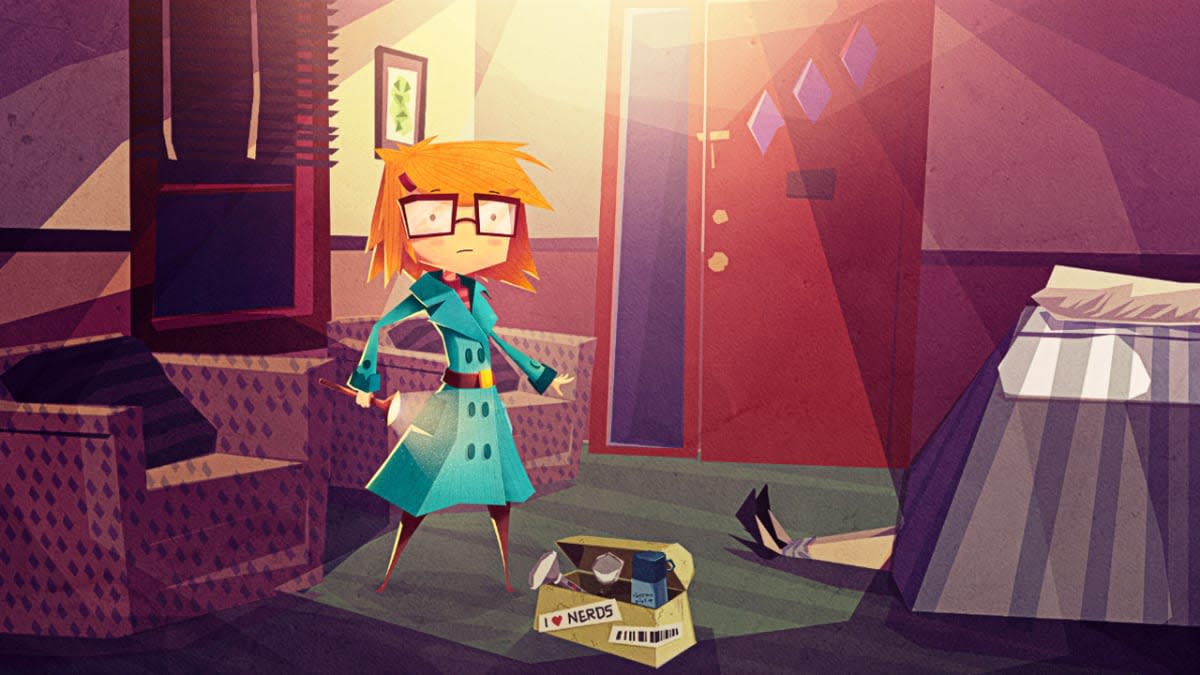 Jenny LeClue is a coming-of-age story wrapped in a choose-your-own-adventure novel and tied up with the pixelated ribbon of a point-and-click detective game. And it's coming to PlayStation 4 next year, creator Joe Russ announced on the PlayStation Blog today. We've been keeping an eye on this one since its $105,800 Kickstarter in 2014 -- it's poised to be a witty and charming investigation game starring a pugnacious young woman, Jenny LeClue, on a mission to prove her mother is innocent of murder. However, Jenny is fictional even within the game, where she's the star of a series of (also fictional) choose-your-own-adventure novels. As Jenny hunts down evidence and discovers secrets in her sleepy, creepy town, her author narrates, and the two characters play off of each other in often-humorous ways.

Play a free teaser of Jenny LeClue on PC, Mac, Linux or iOS, available right here. As for the final game, episode one of three is due in 2016 across PC, Mac, Linux, iOS, Android -- and, of course, PS4. There's no word on a Vita version of Jenny LeClue, though in the comments of his PS Blog post, Russ writes, "We really want to bring Jenny LeClue to Vita, but we also want to ensure that we can provide a proper experience before we announce anything official."

In this article: AdventureGames, ChooseYourOwnAdventure, hdpostcross, jennyleclue, joeruss, mografi, PointAndClick, ps4, sony
All products recommended by Engadget are selected by our editorial team, independent of our parent company. Some of our stories include affiliate links. If you buy something through one of these links, we may earn an affiliate commission.