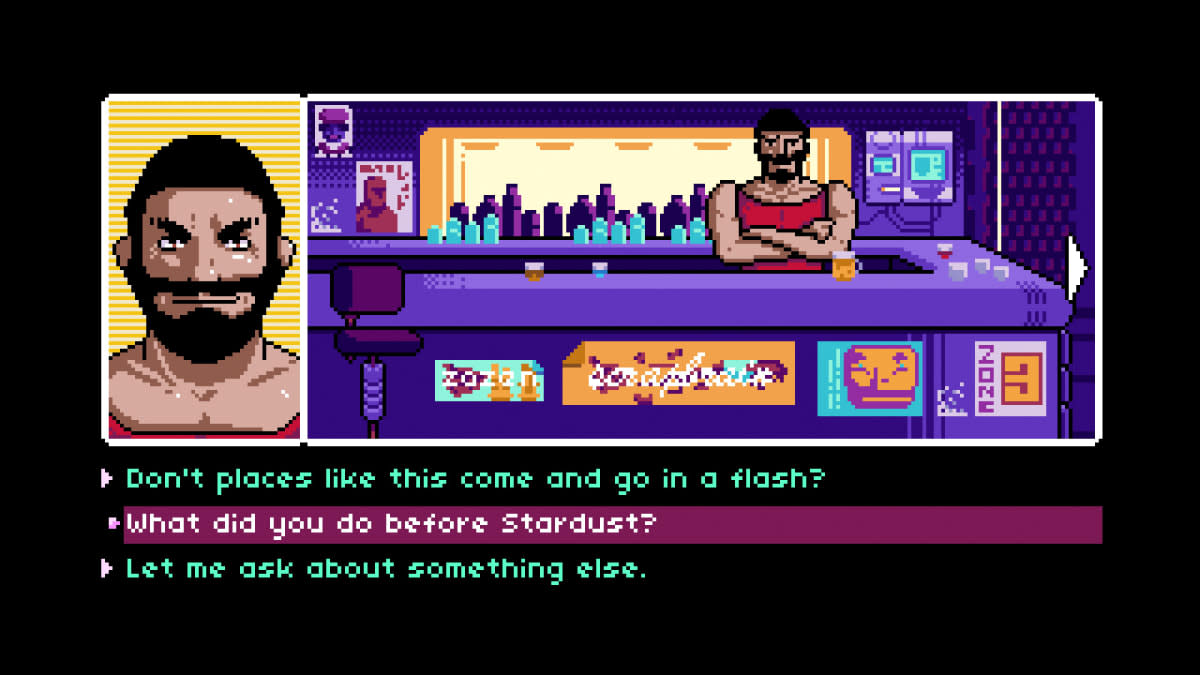 Read Only Memories, a pixelated adventure game set in the futuristic city of Neo-San Fransisco, will make its way to PlayStation 4 and Vita "soon," developer Midboss announced in a new trailer. Midboss is composed of the folks behind the annual GaymerX convention, and Read Only Memories is a narrative-driven, sci-fi romp set in 2064 that happens to include an array of inclusive character options, such as the ability to choose your preferred gender pronoun. However, these options are almost a side-note to the game's emphasis on story, retro 2D gameplay and robust character interactions.

"Your sexuality and gender identity are your own and don't really effect the gameplay -- it's more about if you can convince other characters why they would want to help you or if they like you as a person," Midboss writes on the game's Kickstarter page. Read Only Memories successfully raised $64,000 on the crowdfunding site in December 2013.

The game includes branching narrative paths and puzzles -- some of which have multiple solutions that can each impact the story differently, director John James writes on the PlayStation Blog. "We decided to both honor the classic aesthetics of an older genre but also revitalize it with a more modern spin on characters, storytelling, and even mechanics," James writes.

If you literally can't wait to see Neo-San Fransisco, Read Only Memories is available right now on PC and Mac via Steam.

In this article: Adventure, AdventureGames, Cyberpunk, GaymerX, hdpostcross, midboss, ps4, readonlymemories, scifi, sony, vita
All products recommended by Engadget are selected by our editorial team, independent of our parent company. Some of our stories include affiliate links. If you buy something through one of these links, we may earn an affiliate commission.