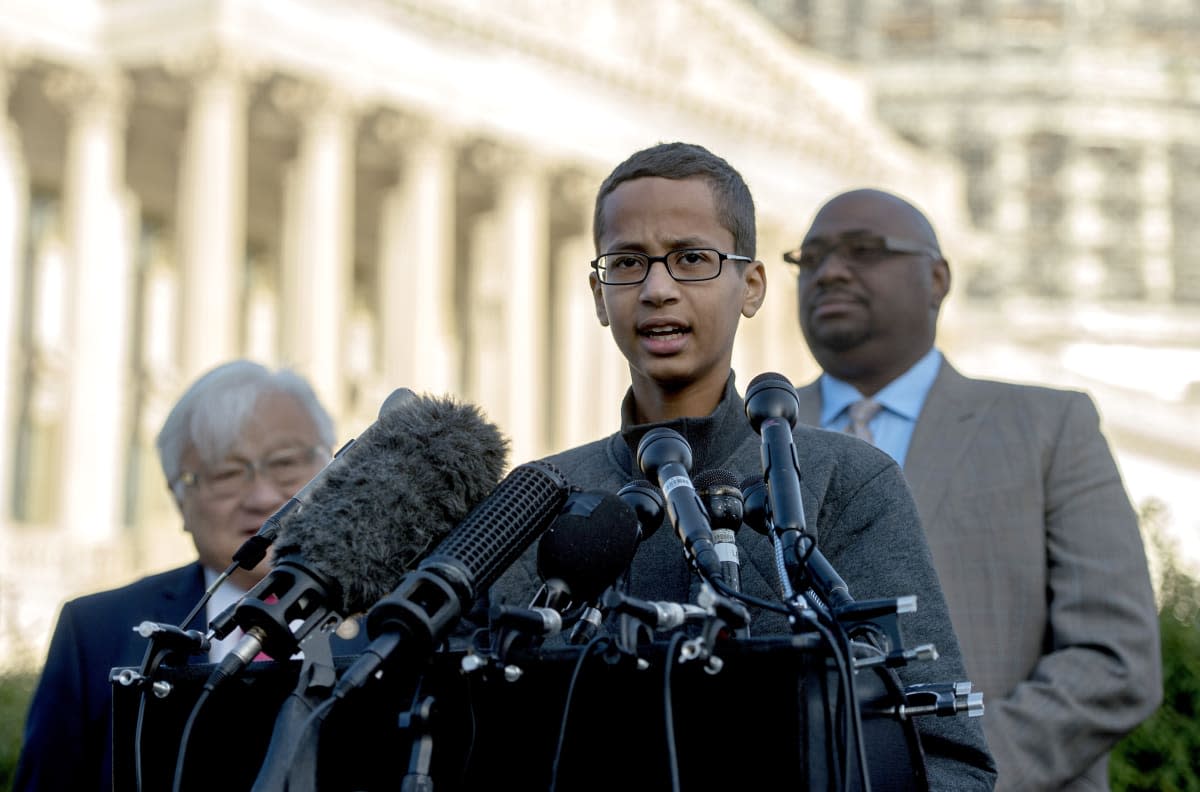 The attorney for Ahmed Mohamed revealed new details about the September events in Texas in a letter sent to both school and city officials in Irving, Texas. If you'll recall, Ahmed is the 14-year-old boy who was arrested under suspicions of creating a "hoax bomb," but the device was nothing more than a clock. Early accounts of the events that day detailed one teacher seeing the gadget and thinking nothing of it before a second told him that it resembled a bomb. In a letter of demand, Mohamed's lawyer alleges that school officials never really thought that the clock was an explosive device, as the second teacher didn't initially treat the gadget like she thought it was dangerous. She did escort Ahmed to the office, where the letter alleges that five police officers, the principal and the assistant principal performed an "interrogation." During that time, he was allegedly not permitted to contact his parents and was forced to sign a letter of confession under the threat of expulsion. Eventually, authorities decided not to charge him, but his family says the damage was done.

Race and religion have been a hot topic in regards to the incident as well. Ahmed is Muslim and his family is from Sudan. The family moved to Qatar in October after the incident, but they would like to return home. The letter of demand states the family's plan to sue for $15 million and seeks written apologies from both the mayor and the Irving police chief for leaving Ahmed's reputation "permanently scarred." Despite the outpouring of support on the internet in the days that followed the event, there was also a considerable amount of negative accusations, including suggestions that Ahmed was a "terrorist in training" and that his father, a former presidential candidate in Sudan, meant for the whole thing to be a publicity stunt.

In this article: ahmed, ahmedmohamed, clock, hoaxbomb, lawsuit, letterofdemand, texas
All products recommended by Engadget are selected by our editorial team, independent of our parent company. Some of our stories include affiliate links. If you buy something through one of these links, we may earn an affiliate commission.
Share
Tweet
Share