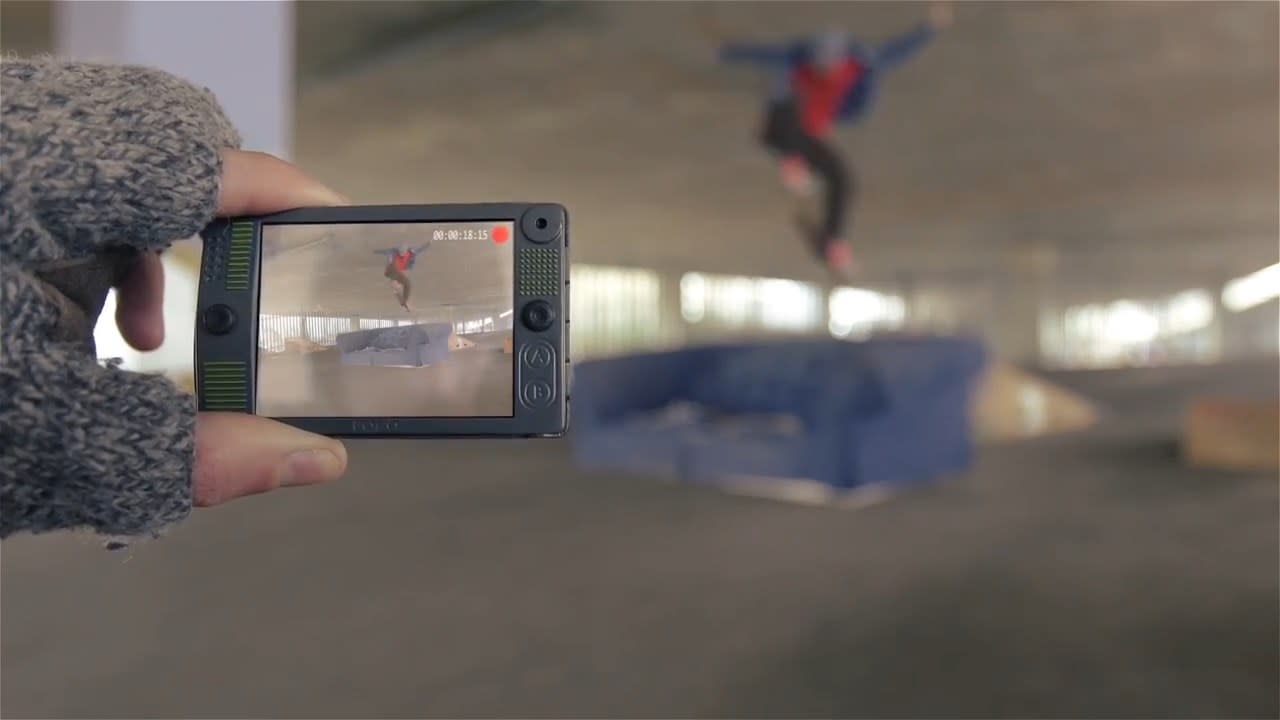 Chances are, you've already got a versatile computer in your pocket -- smartphones play music, record video, play games and more -- but what if it was smaller, open source and completely hackable? Then you'd have something like the Poco "supercomputer," a portable media device with the footprint of a credit card and the heart of a Raspberry Pi.

Okay, maybe a Raspberry Pi-powered Indigogo project is overselling itself with the word "supercomputer," but you have to admit that the design is compelling -- the little device has three microUSB ports, micoHDMI-out, MicroSD expansion, two joysticks and a handful of touch surfaces that can be configured as needed. Poco's team is billing the handheld media device as sort of an every-gadget. According to the crowdfunding page it can be used as an action camera, a gaming console, a hi-res music player, a fitness tracker, a phone and more.

Technically, Poco's makers aren't wrong: as an open-sourced device with a ton of sensors, it has a lot of potential, assuming you're willing to put in some effort. Poco's designers are at least trying to make it easy, and say the portable media device will come with a creative instruction manual to help users tune the device to their needs. That said, the Poco isn't necessarily cheap -- or available -- the device's Indiegogo campaign is seeking to raise $300,000 to finish development, and backers will need to shell out at least $380 to get an early unit. Still, if it sounds like the Pi of your dreams, check out the crowdfunding page at the source link below.

In this article: crowdfunding, gadgetry, gadgets, gear, hackable, hacking, indiegogo, pi, poco, raspberrypi
All products recommended by Engadget are selected by our editorial team, independent of our parent company. Some of our stories include affiliate links. If you buy something through one of these links, we may earn an affiliate commission.