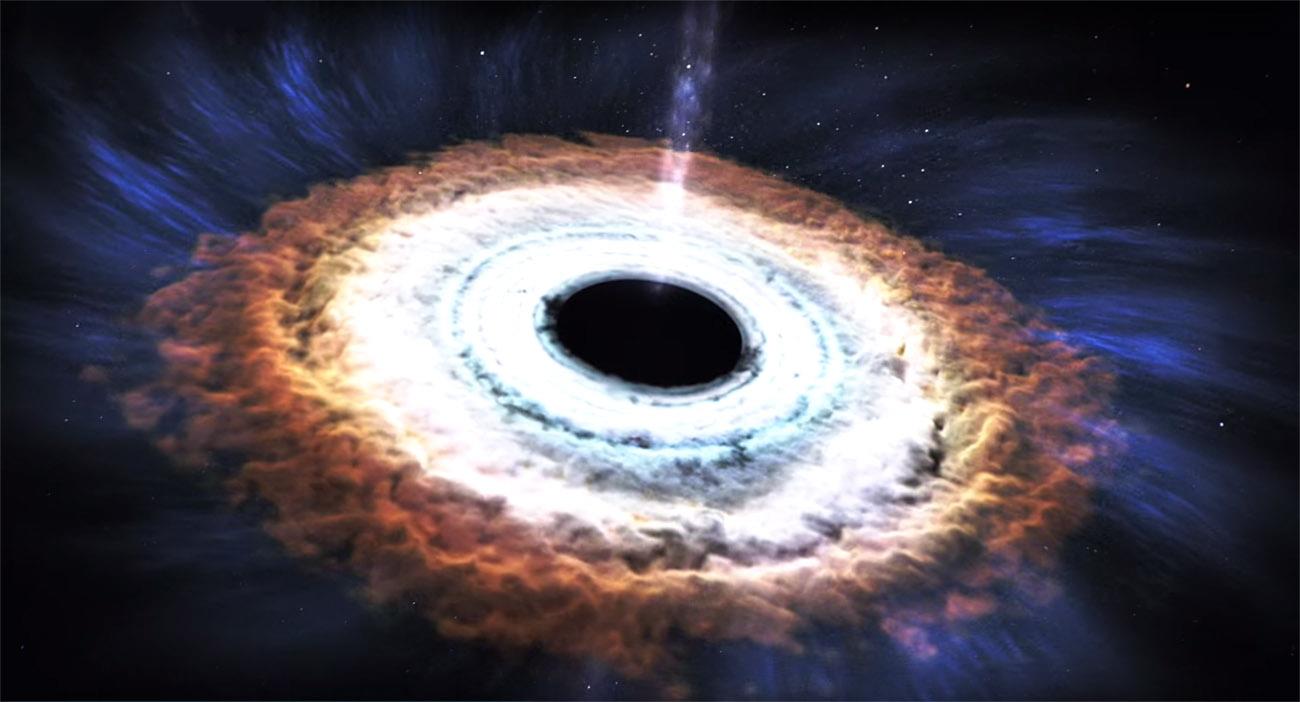 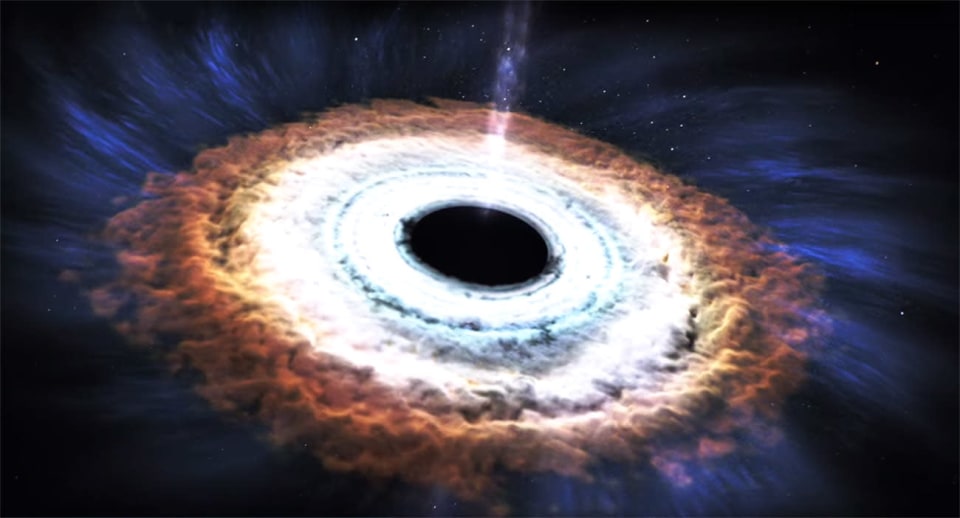 For the first time, scientists have caught a glimpse of a black hole ejecting a hot "flare" of matter after devouring a star the size of our sun. The discovery was made thanks to the quick action of of scientists from John Hopkins University, who worked in conjunction with a team from the University of Oxford. Hubble fellow Sjoert van Velzen from Hopkins heard last year that Ohio State U researchers had spotted a transient star that was caught in the gravitational pull of a black hole some 300 million light years away. In theory, the event (dubbed ASASSN-14li) would result in a "tidal disruption" of the star, resulting in a hot flare burst energy jet emitted by the supermassive black hole.

Scientists, including Velzen, have tried to catch such events before, but were always too late. (The event is not to be confused with an accretion disk jet, the aftermath of a star devoured by a black hole.) The team first confirmed that the event was genuine, then maneuvered quickly to catch the expected radio burst. Black holes are so massive that nothing, including light energy, can escape their gravitation pull. However, scientists have long predicted that if force-fed a large amount of gas from, say, a star, then a fast moving jet of plasma can escape from the so-called event horizon.

After observing the event over a period of several months, and recording bursts of energy across multiple wavelengths, the scientists are now confident that an initial hot burst occurred and that the theory is accurate. "From (these) observations, we learn the streams of stellar debris can organize and make a jet rather quickly, which is valuable input for a complete theory of these events."

The lack of energy emitted by black holes makes them impossible to image -- the picture and video above are from a NASA simulation, for instance. However, there's another project afoot called the Event Horizon Telescope that could eventually capture the black hole at the center of our own galaxy, so that we can all see something other than "artist's conception."

In this article: ASASSN-14li, BlackHole, burst, devoured, jet, science, space, star, TidalDisruptionEvent, video
All products recommended by Engadget are selected by our editorial team, independent of our parent company. Some of our stories include affiliate links. If you buy something through one of these links, we may earn an affiliate commission.