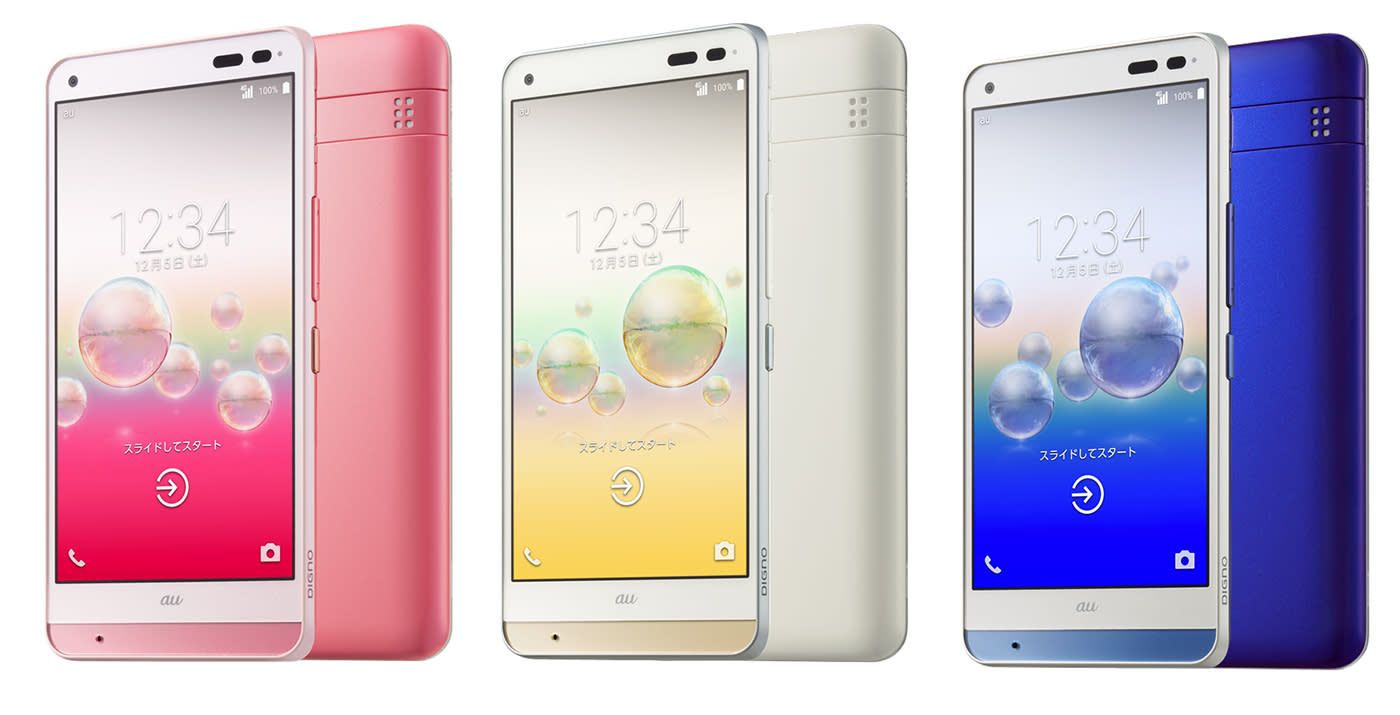 What's better than a waterproof smartphone? How about one you can clean with soap? Kyocera, which has done a line in toughphones for several year, revealed exactly that. Launching in (particularly soap-themed) pink, white and blue options in Japan, don't let the kawaii design fool you -- the phone is pretty designed to take some damage. And a shower.

According to Kyocera, because smartphone use is now so frequent, many users are looking for a phone that they can use -- and like anything else, clean up afterwards. (The press release mentions recipe look-ups, and the the risk of sauce splashback). To that end, the DIGNO rafre has a longlife, extra-hardy waterproof coating. This "handsoap-washable water resistance" also includes protection from warm water, which you'd probably be using alongside the soap.

The phone's outer design was also simplified to improve water damage protection, while the screen can also be used with wet hands. Meanwhile the rear of the phone has a self-healing layer built-in, like that seen on the rear of recent LG phones. The front is cocooned in Dragontrail X glass, which might sound like a processor, but is Asahi Glass' latest toughened (flexible!) glass. The phone is already headed to Japan's au network and while there's no mention of the chance of buying the suds-friendly phone SIM-free, it'll run on 4G LTE as well as Japan's WiMAX 2+ networks. For the hygienically concerned, their smartphone may have arrived.

In this article: digno, dignorafre, dragontrail, dragontrailx, gear, japan, kyocera, mobile, pink
All products recommended by Engadget are selected by our editorial team, independent of our parent company. Some of our stories include affiliate links. If you buy something through one of these links, we may earn an affiliate commission.