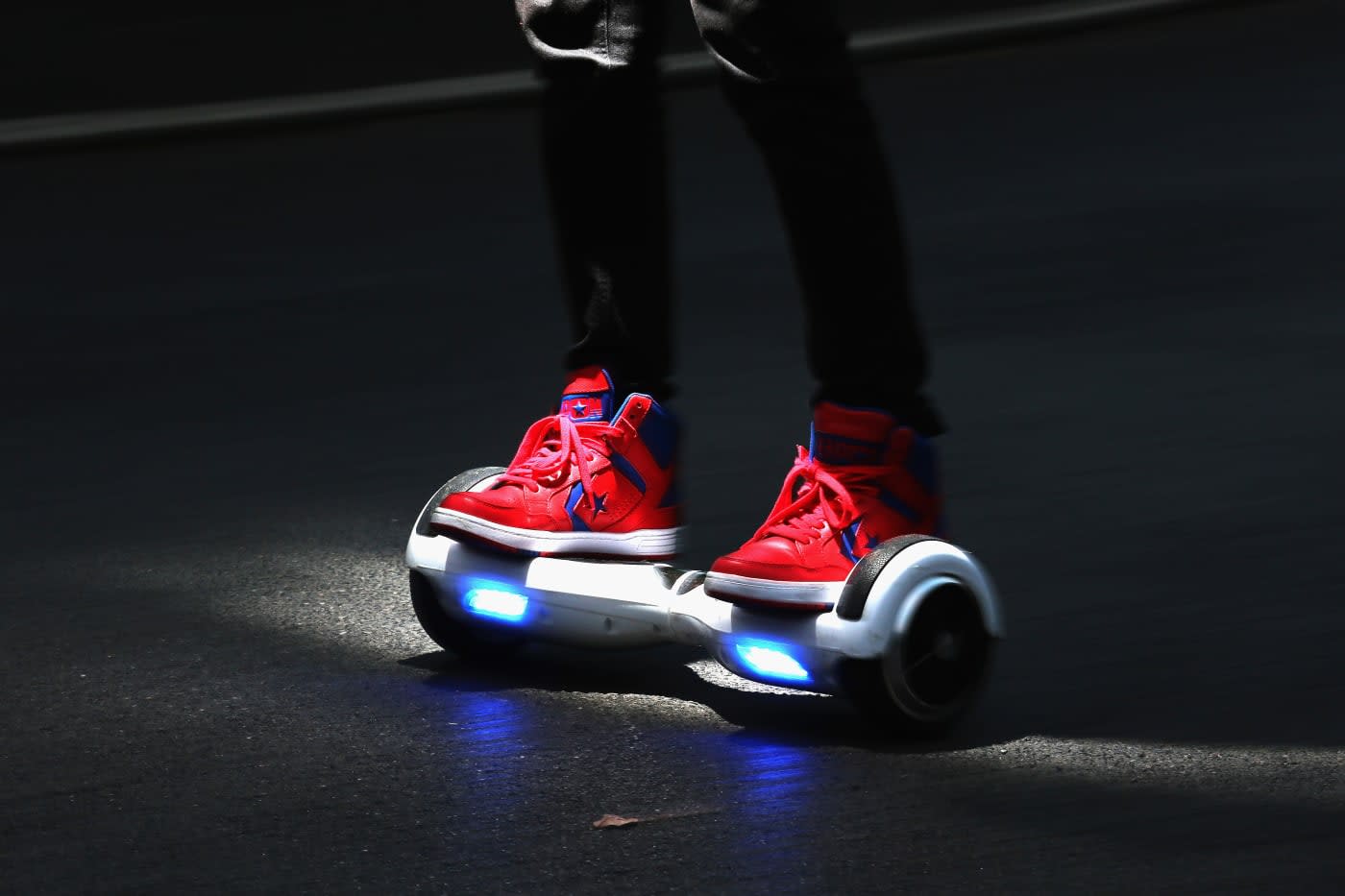 Self-balancing scooters. Hoverboards. Whatever you want to call them, they're now a smash-hit in Britain. Companies are now scrambling to offer cheaper and sleeker versions in time for Christmas, but there's a problem: the majority are unsafe, according to Trading Standards. Officers have examined more than 17,000 "hoverboards" at sea ports, airports and postal hubs since October 15th. Of these, more than 15,000, or 88 percent, were deemed dangerous due to "a range of concerns" related to internal batteries and cut-off switches, chargers, plugs and cabling.

Trading Standards says many are entering the UK with noncompliant plugs, meaning they're more likely to overheat, explode or catch fire. In October, the London Fire Brigade was called to two fires in two weeks -- one of which required four engines and 20 firefighters to extinguish.

"Criminals and irresponsible manufacturers will often exploit high demand and attempt to flood the market with cheap and dangerous products. Consumers should not let a new fashion or craze cloud their judgement and remain vigilant at all times, to avoid taking home an unsafe product."

In this article: fire, gear, hoverboards, safety, selfbalancingscooter, tradingstandards, transportation
All products recommended by Engadget are selected by our editorial team, independent of our parent company. Some of our stories include affiliate links. If you buy something through one of these links, we may earn an affiliate commission.