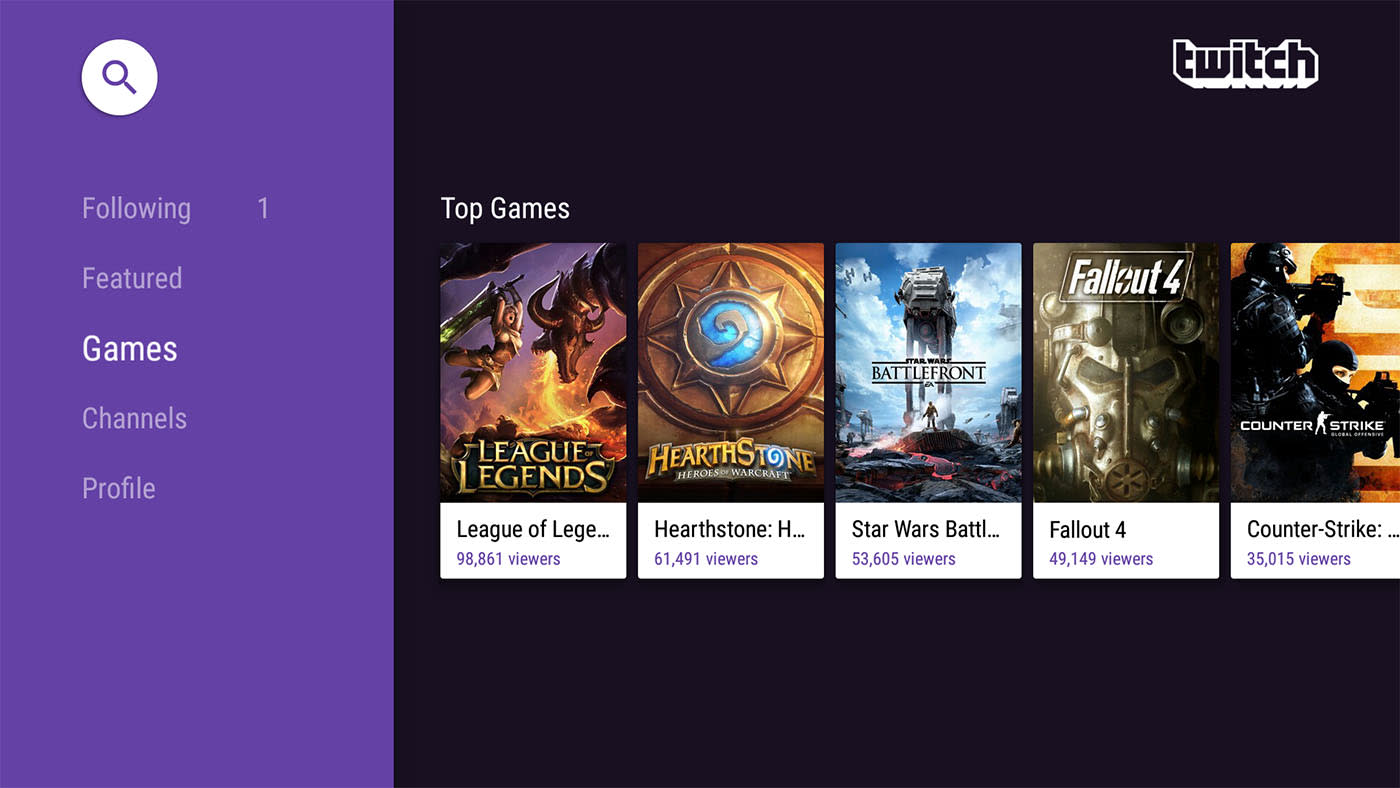 Twitch has been on Google's Chromecast for over a year, so it's hard to believe it wasn't on Android TV before. But the streaming company has just revealed an official app for the Google's big-screen service, letting you watch live or pre-recorded games, personalities and e-sports tournaments on supported TVs or devices like NVIDIA's Shield. As usual, you'll be able to chat with fellow players, follow channels and games, and view broadcaster profiles and streaming schedules, all at up to 1080p/60fps quality.

In addition,Twitch's latest mobile Android app now has Whispers 2.0 chat that pops out private chat messages so you don't miss them. The app also arrived to iOS a few days ago, so you're now free to watch the latest Twitch broadcasts on your big screen while chatting with pals on your mobile phone, regardless of which OS they use. Assuming it's rolled out to your neck of the woods, you can grab it here.

In this article: AndroidTV, av, broadcast, e-sports, gaming, NVIDIAShield, streaming, Twitch
All products recommended by Engadget are selected by our editorial team, independent of our parent company. Some of our stories include affiliate links. If you buy something through one of these links, we may earn an affiliate commission.