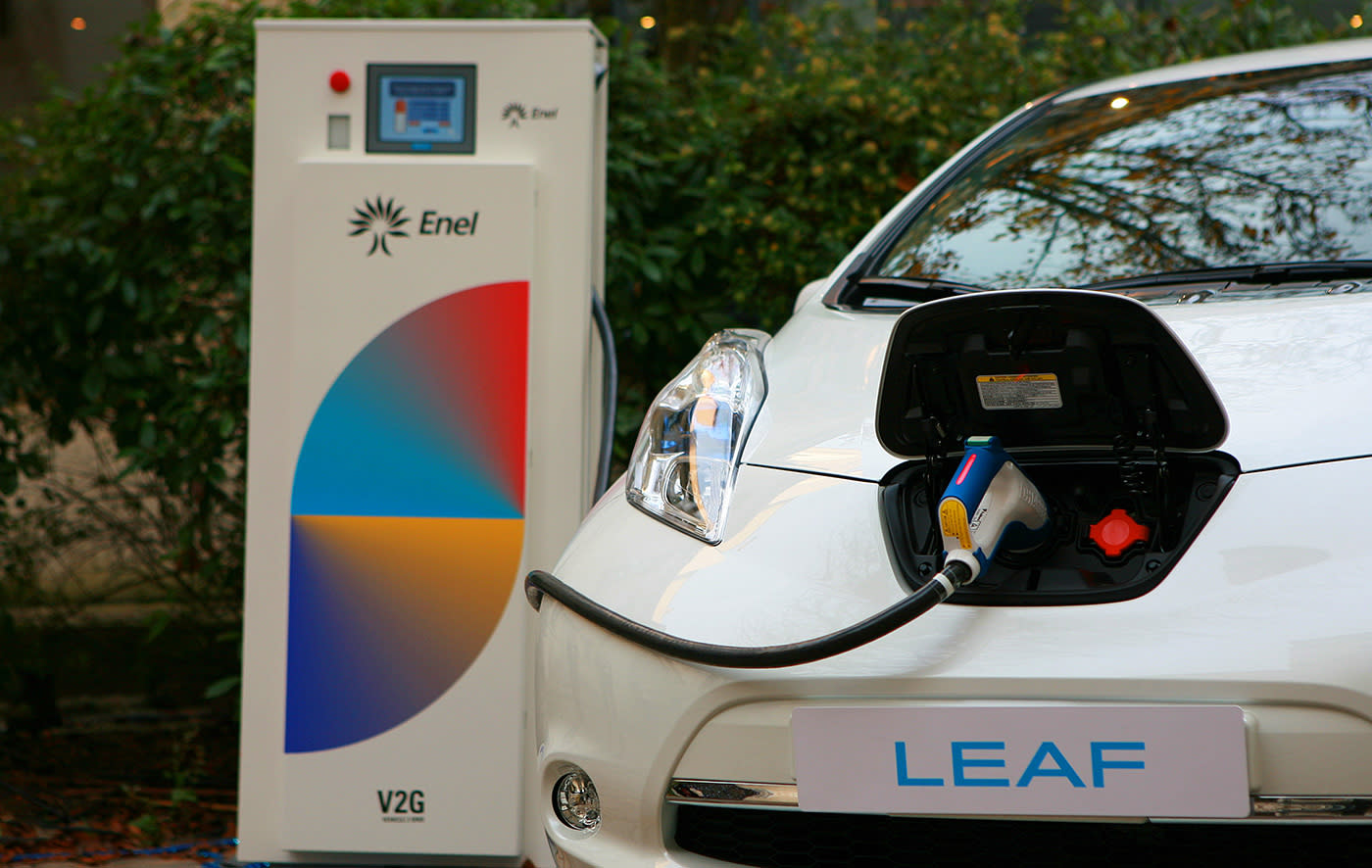 In May, Tesla explained why it's a good idea to put multi-kWh batteries our homes. Half a year on, Nissan has worked out how to use the multi-kWh battery inside its Leaf EV in the same way. It's teamed up with the energy company ENEL to debut a "Vehicle 2 Grid" (V2G) system that allows electric vehicles as mobile power plants for homes, offices or returning energy to the grid.

Why would you want to do that? For many of the same reasons you'd use Tesla's Powerwall. Nissan and ENEL say you could save money by running your home from the Leaf's 30kWh battery during peak hours. Then, at night time, you charge the Leaf's battery when the grid is less strained and take advantage of off-peak pricing. You could also use excess power to feed back to the grid and get a discount on energy bills.

Of course, EVs don't generate a massive amount of power themselves -- regenerative braking only tops up the battery a little -- so their main source of power is the grid itself. While the benefit of grid stabilization shouldn't be downplayed, in isolation V2G doesn't make a huge environmental impact alone. Much like Tesla's Powerwall, it would ideally be paired with a renewable source of energy like solar. The big unanswered questions are how much the V2G system will cost, and how well it can balance feeding your home against making sure your EV is still good to go at any time. Given the large capacity of the Leaf's battery (30kWh) vs. Tesla's Powerwall (7kWh or 10kWh, depending on the model), it's not the biggest issue, but it's unlikely to help much with range anxiety. The Nissan Leaf has a range of around 124 miles, making even a 80-percent charged car far less useful.

As for price, ENEL, through sponsored content, has previously pegged the cost of an V2G charger at around $900 -- a good deal cheaper than Tesla's $3,000 Powerwall system, although obviously that includes a battery. ENEL will pilot the system in Denmark, where it says "regulation allows sufficient value generation" for the system to work as-is. Germany, Netherlands and "other northern European regions" will follow.

In this article: electricvehicles, enel, EV, gear, green, nissan, NissanLeaf, science, transportation, v2g, vehicle2grid
All products recommended by Engadget are selected by our editorial team, independent of our parent company. Some of our stories include affiliate links. If you buy something through one of these links, we may earn an affiliate commission.