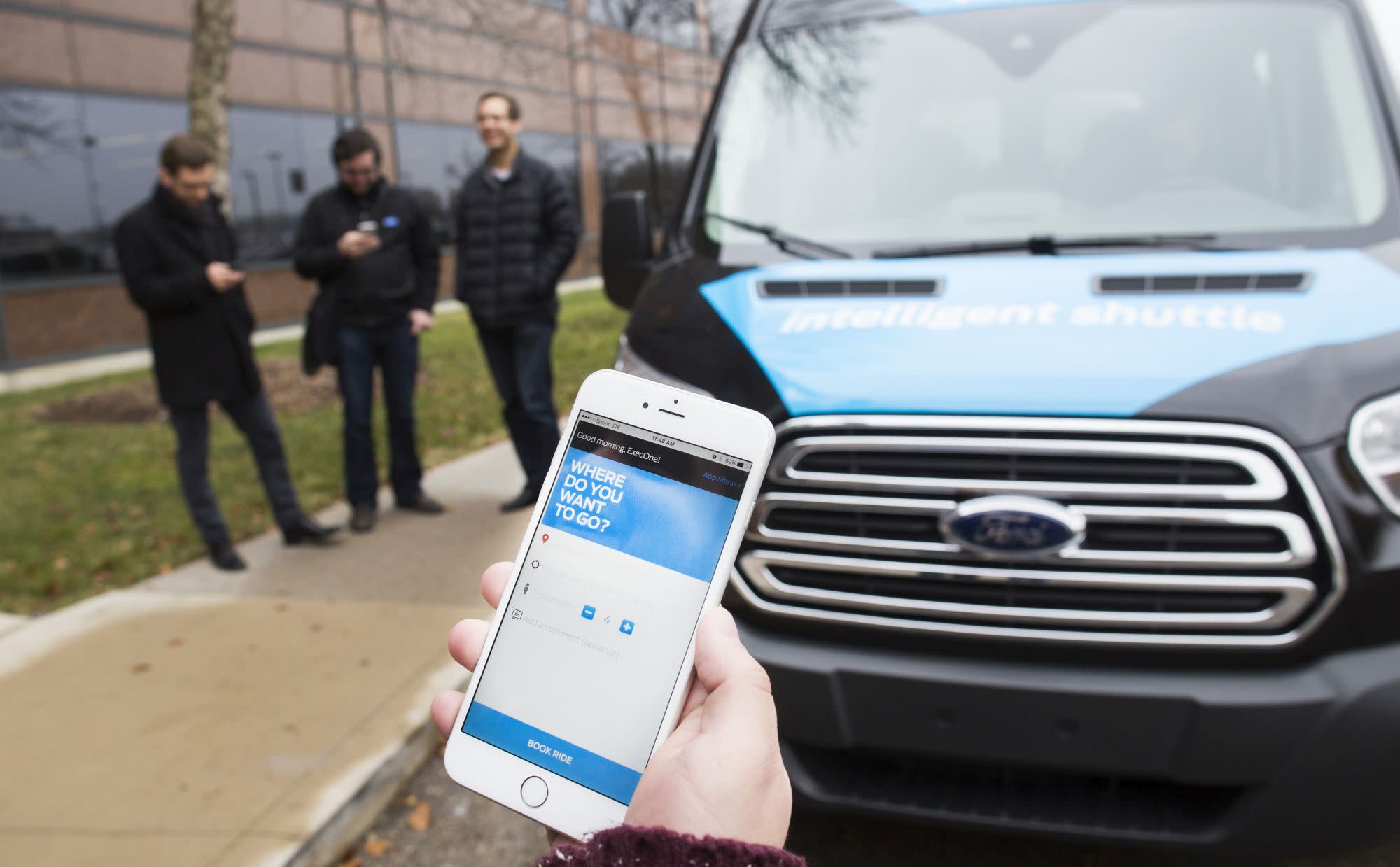 While Uber just announced that it's testing out some very familiar-looking group transportation options, its next competition could come from Ford. Today at an event in Dearborn, the carmaker showed off the Dynamic Shuttle service it's testing for employees, that it says could make Ford a "mobility service provider." On its campus, the Dynamic Shuttle people request a ride via the app, which determines an optimally located van to complete the trip. Reuters quotes VP of Research Ken Washington as saying "We see this as a business we want to be in," especially in a future where people who previously needed cars could potentially opt for ride sharing service instead. According to Ford it tries to increase occupancy and reduce the amount of single riders, while also considering weather and presence of other shuttles, while learning from traffic patterns and frequently requested destinations. Naturally, the "perfect" vehicle for the service is Ford's Transit Van, carrying six to eight passengers while including amenities like USB charging ports and WiFi.

Describing what is fundamentally a smarter bus service, the developers noted many people are willing to walk to a neutral location for easier pickups. Ford is apparently considering expanding the program beyond its corporate campus, which probably can't come a moment too soon. While researchers pulled in data from far-flung locations like Mumbai and São Paulo, they only need look around the Metro Detroit area for a region desperately in need of faster and more flexible transportation options.

In this article: app, bus, culture, Dearborn, DynamicShuttle, Ford, FordTransit, mobile, transportation, van, video
All products recommended by Engadget are selected by our editorial team, independent of our parent company. Some of our stories include affiliate links. If you buy something through one of these links, we may earn an affiliate commission.