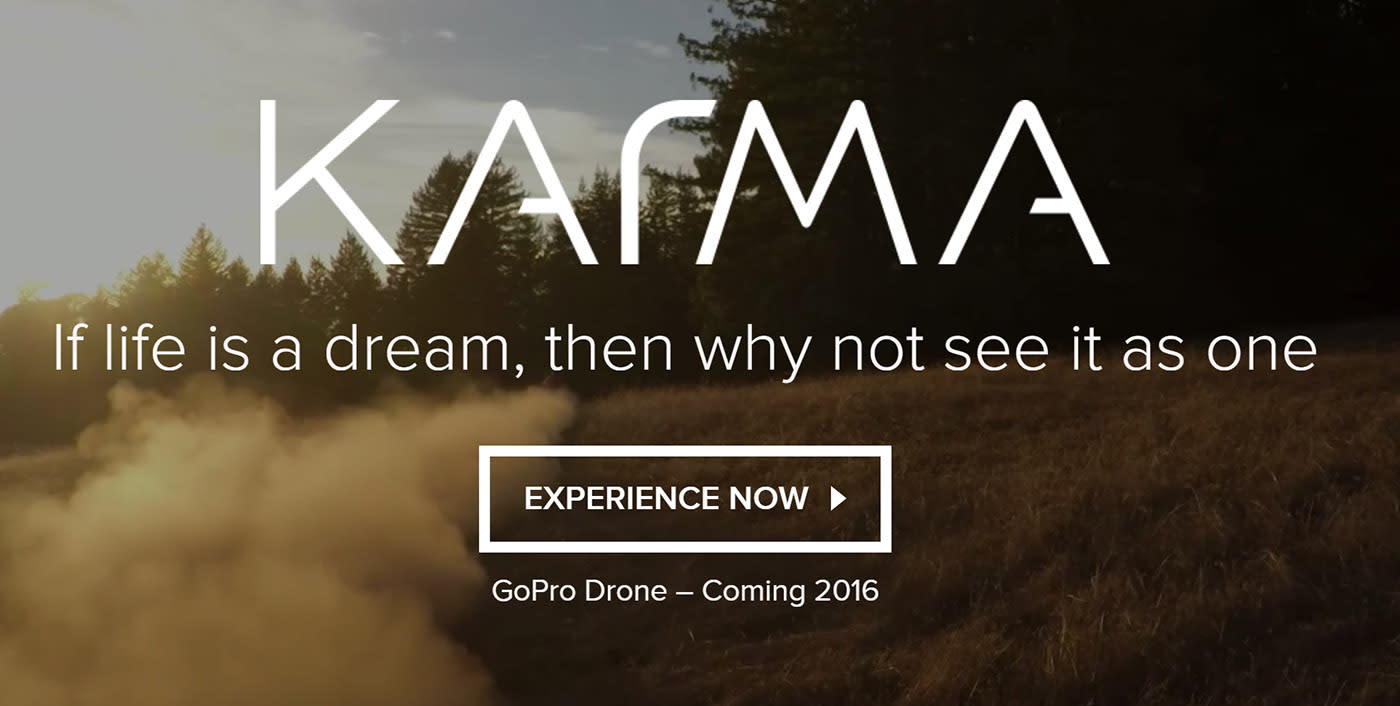 GoPro has revealed that its camera-equipped drone, which is set to arrive sometime in the first half of 2016, will be called "Karma." To refresh your memory, the company teased the UAV back in October with test footage that was likely filmed at least at 2.5K resolution, judging by the 1440p YouTube viewing option (it re-used the same footage in the latest tease). The company also boasted that the smooth video wasn't stabilized in post-production, so the drone is no doubt equipped with a decent gimbal.

GoPro reportedly set out to make its own drone after a partnership with DJI fell apart, according to Forbes. At the time, DJI CEO Frank Wang Tao said that "they dealt with us like how they dealt with Taiwanese OEMs, so we never had a successful official partnership." If you're prone to speculate, GoPro naming its drone "Karma" might thus have some extra meaning beyond just sounding good. There's still no word on whether the rumored $500 to $1,000 price is accurate, but If you're willing to sign up for news on the drone, you could win one in a GoPro giveaway.

In this article: cameras, Drone, gear, GoPro, Karma, robots, Tease, UAV, video
All products recommended by Engadget are selected by our editorial team, independent of our parent company. Some of our stories include affiliate links. If you buy something through one of these links, we may earn an affiliate commission.