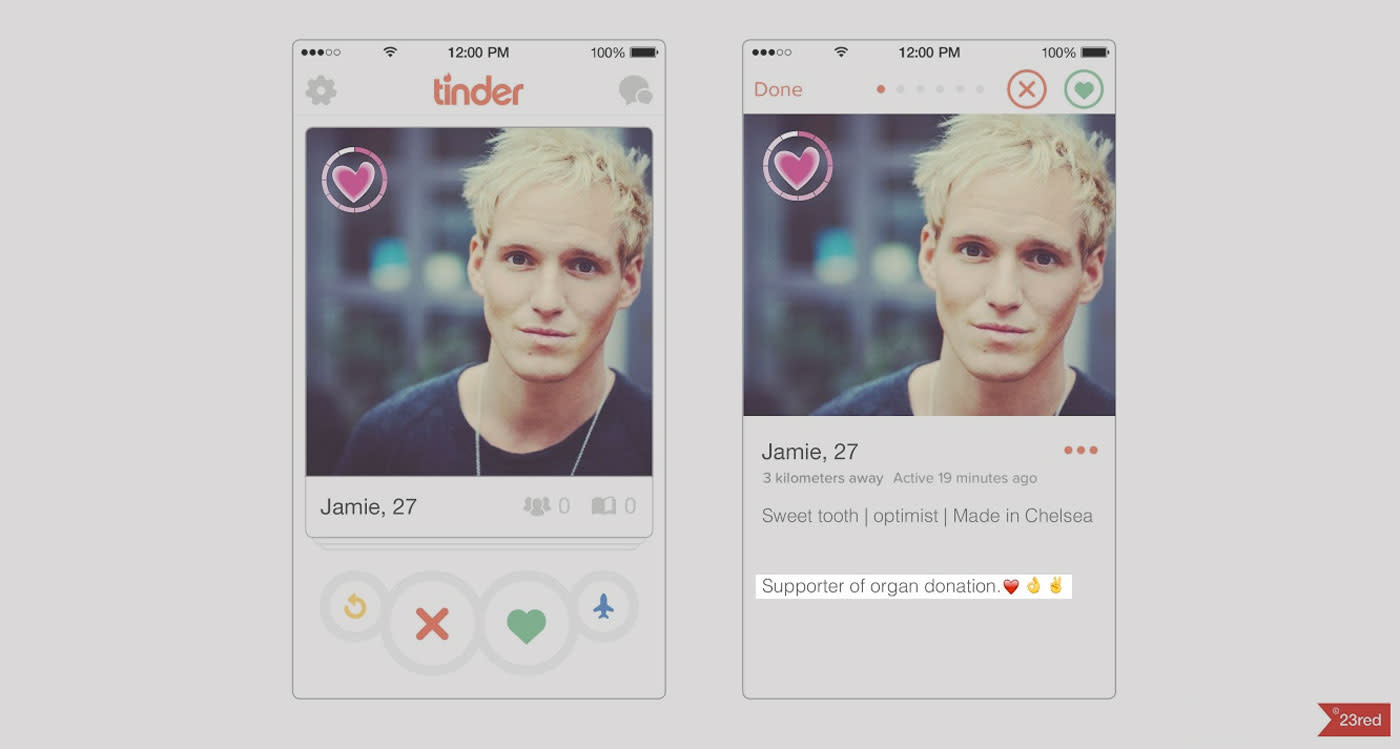 If you're hot and horny then there's one thing that's guaranteed to kill the mood stone dead: a long discussion about organ donation. Tinder isn't too worried about harshing that buzz, which is why it's teamed up with the UK's blood and transplant service to raise awareness about the importance of organ donation. For the next two weeks, users will be able to spot celebrity profiles like Olympic gold medalist Jade Jones as well as TV stars Jamie Laing and Gemma Oaten. If you swipe right on any of the three, you'll be greeted with a notification saying "if only it was that easy for those in need of a life-saving organ to find a match."

It's not the first time that Tinder has been used for stealth advertising, although this cause is probably the most noble. Previously, we've seen the service sell Alex Garland's seminal sci-fi movie Ex Machina, the latest album from DJ Zedd and a Jason DeRulo single called Want to Want Me. It's a complicated road for a firm like Tinder to walk, since people aren't using the app with the explicit intention of being sold to.

Instead, users are there to find love, at least for an evening, and it's possible that taking advantage of people when their mind is on other things might prove harmful in the long run. Well, at least more harmful than the time its own CEO opened his mouth and managed to get a slap on the wrist from the SEC for his trouble.

In this article: Awareness, Campaign, Charity, culture, internet, NHS, OrganDonation, PRstunt, Tinder, Transplant
All products recommended by Engadget are selected by our editorial team, independent of our parent company. Some of our stories include affiliate links. If you buy something through one of these links, we may earn an affiliate commission.