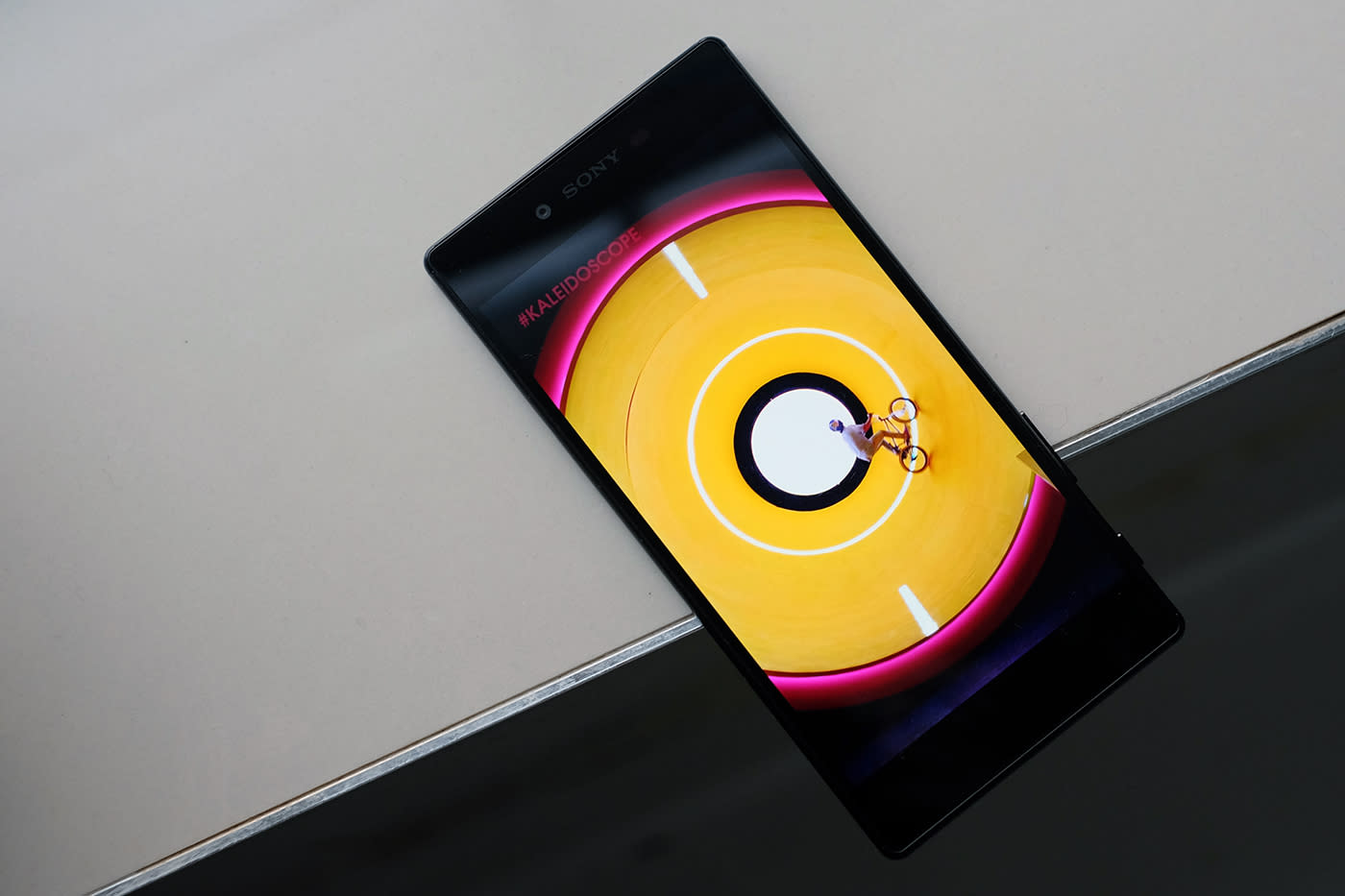 4K everywhere, and not a thing to watch.

Pro BMX biker Kriss Kyle navigates a complex series of colorful loops and platforms, set against a seemingly endless void of black. With every perfect landing, my heart sinks. I'm watching Kaleidoscope, a gorgeous promotional video made by Red Bull and Sony to highlight the Xperia Z5 Premium, the world's first 4K phone. The problem is, it's pretty much the only thing I've watched all week.

The Xperia Z5 Premium is the iPhone 6s Plus to the Xperia Z5's iPhone 6s. By that I mean the two Sony phones are functionally identical, save for the larger, higher-resolution display, and a larger battery, to boot. If you want to know how the regular Z5 stacks up, you can read my colleague's review of it. Almost everything aside from the screen and battery life is identical.

There's no denying that the Z5 Premium's 3,840 x 2,160 display is gorgeous. I needn't have worried about the reports that most content would only be "displayed in 1080p." Sony isn't just pixel-doubling, and whatever software it's using to upscale works very well. I guess it's had enough practice with its 4K TVs. Either way, the things I do the most on a phone -- read websites, chat to people, endlessly scroll through Twitter -- all looked crisp and clear, and appreciably better than competing 1080p displays. A muddier comparison can be had with, say, a Galaxy S6, which has a 1440p screen; I couldn't really spot a huge difference between the two, at least when it came to browsing and reading.

Turn on browser notifications to receive breaking news alerts from Engadget
You can disable notifications at any time in your settings menu.
Not now
An on-screen label measuring 6mm across. In short, Sony's upscaling of 1080p content is great.

With photos and videos, the quality gap was usually easier to discern. Full-resolution photos from my camera were crisper than I'd ever seen before. That's not hyperbole, either; the monitor I use to edit photos has roughly 100 pixels per inch, while my smartphone and tablet are in the mid-300s. The Z5 Premium, however, is in the 800s. And with an application that makes the most of the 4K display, it's fantastic. Video is the same. I played the same UHD clip on the Z5 Premium and a few other phones, including a 1440p Samsung, a 1080p HTC and a 1080p OnePlus. Two things were immediately clear: First, that manufacturers really need to work on coordinating their color balance and saturation; and second, that the Z5 Premium had by far the sharpest display.

And this 4K prowess doesn't come at the expense of battery life or power. Performance is not noticeably different between the Z5 Premium and the Z5; I'd put some benchmarks in here but they're so close to the Z5 that there's no point. Battery life is a little longer too, thanks to that larger cell. All told, it lasted a shade under 10 hours on our battery rundown test, about 2.5 hours longer than the Z5. In regular use, Sony's claim of "up to two day" of battery life meant what it always has: You'll almost definitely be fine charging the phone once every 24 hours.

So the 4K thing isn't a total gimmick. I can absolutely perceive the overall effect of the extra pixels, even if I could never pick them out individually. Unfortunately -- and this has never been more true for a device than it is for the Z5 Premium -- there's just nothing to watch on it. The phone came with a teaser for the aforementioned Kaleidoscope. It really is a beautifully shot video. It made me want to watch more 4K content. As it happens, I only have a small 1080p TV in my bedroom, and I usually go to sleep watching something, so the Z5 Premium on my nightstand is actually fairly practical.

I did everything in my power to watch 4K content, but I almost entirely failed. All the video apps on Android, other than Sony's preloaded one, are restricted to lower resolutions. That includes both Amazon Prime Video and Netflix, which both offer 4K on other devices. Bizarrely, that figurative "no 4K content" sign also hangs over PlayStation Video, the phone's preinstalled movie store. Oh, and YouTube also doesn't serve ultra-high-res video to mobile. Neither does Vimeo.

It was the same everywhere I turned. Even if you don't have a Netflix or Prime Video account, it's not that hard to find 4K movies for your TV. Sure, it's not very cost-effective, and you'll be dealing with some restrictive DRM, but it's not impossible. The only way I was able to view 4K video on the Z5 Premium was either to shoot it with the phone's camera or to download something to my computer, plug in my phone over USB, and transfer across the file. I did that with the full Kaleidoscope, for testing purposes.

Even if you're able to purchase some 4K content, it'll need to be DRM-free. And it's obscenely difficult to find anything 4K without DRM. You're pretty much looking at porn as your sole option for buying 4K content -- unless you're okay with pirating Hollywood movies or TV shows, that's that. I'm really not. I've been weighing up the ethical dilemma of pirating Jessica Jones recently -- I pay for Netflix's "4 screens and Ultra HD" plan, so it'd probably be okay, right? "Maybe I could make sure I played the whole season on my tv, so Netflix and Marvel knew I watched it again," I thought to myself. I'd much rather Sony just released a 4K phone that could play 4K content. Instead, I'm left with Kaleidoscope. That lovely little clip. So sharp. So vibrant. So heartbreaking.