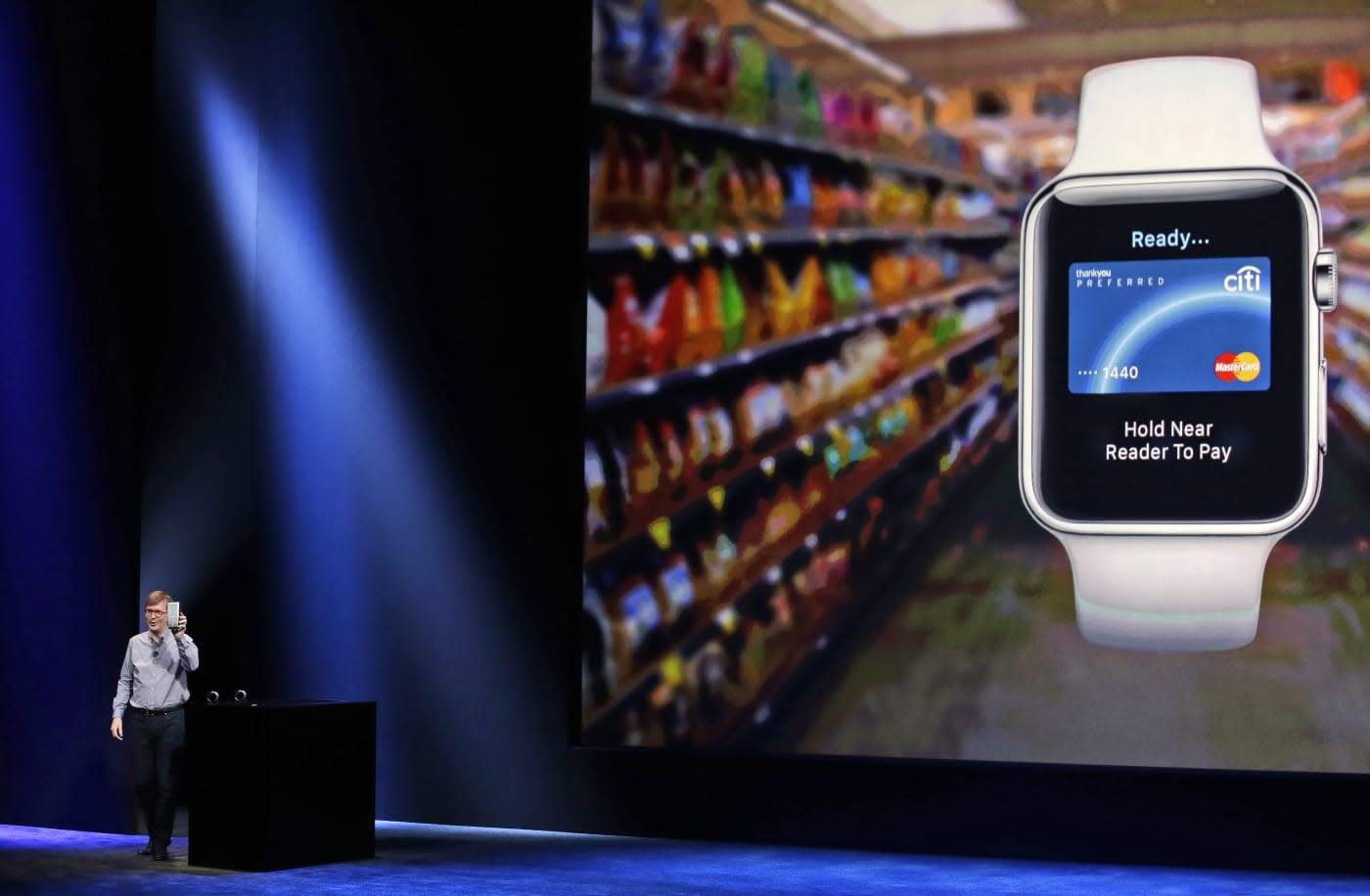 As rumored (and inevitably), Apple Pay is coming to China. The company has partnered-up with Chinese bankcard network UnionPay to launch its payment system. The network, which is as ubiquitous as Visa in China, to let iPhone users pair their bank details to their Apple hardware. It arrives with support from "15 of China's leading banks." Like other territories, card numbers aren't stored on devices or Apple's servers and it'll launch in China with support for the Apple Watch right from the start, if it's wrist payments you're waiting, nay aching, for. The country's regulators still have to approve the announcement, but Apple's press release points to a launch in early 2016 -- just in time for Chinese New Year.

At the same time, Samsung has made its own deal with UnionPay and its payment system. As Bloomberg Business notes, the systems use different technology to pay for goods. Apple's is NFC-based, while Samsung's system will offer magnetic strip compatibility too.

In this article: apple, applepay, china, chinaunionpay, gear, internet, mobile, pay, unionpay, wearables
All products recommended by Engadget are selected by our editorial team, independent of our parent company. Some of our stories include affiliate links. If you buy something through one of these links, we may earn an affiliate commission.