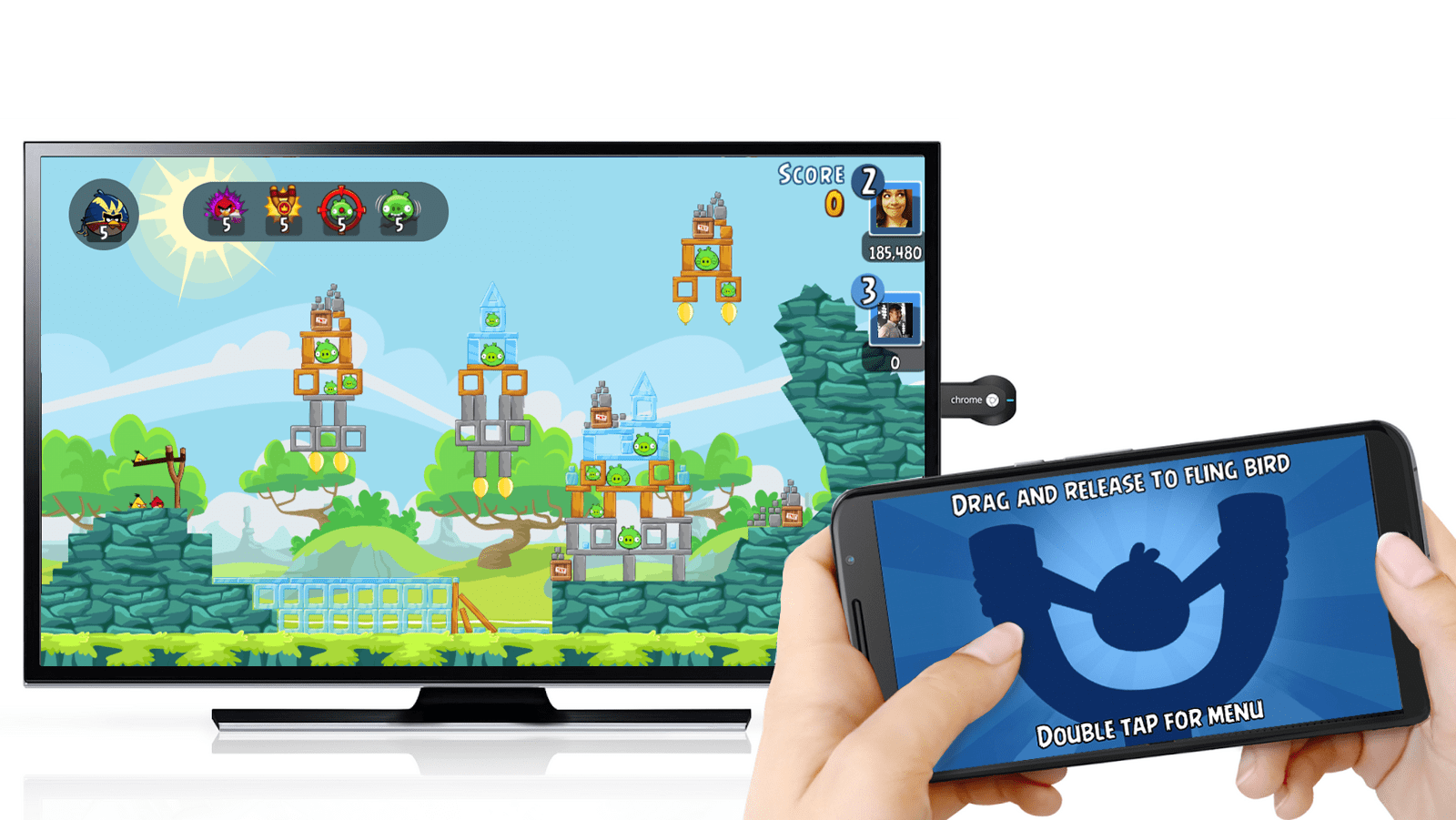 If you're giving someone a shiny new Chromecast this holiday season, it turns out you'd be giving them a healthy dose of family-friendly games as well. Today, Google has announced that it's rolling out several new games made just for its tiny TV streamer. They include Angry Birds Friends (which lets you compete in weekly tournaments), Driver Speedboat Paradise plus a whole host of Hasbro board games designed to be played on the TV. Examples of the latter include Monopoly Here & Now, Yahtzee Blitz, The Game of Life, Scrabble Blitz 2.0 and Risk. Sorry, no Settlers of Catan just yet.

The idea with these boardgame translations is that you can play them split-screen — the main board will be on the TV, while friends and family can view their own cards or tiles on their phones or tablets. Of course, you'll likely use your Chromecast mostly for watching movies and TV shows anyway, but the occasional game could be a fun way to kill time as you're waiting for that ham to finish in the oven. You can download these games starting today on the Chromecast app store. In this article: angrybirds, av, chromecast, gaming, gear, google, hasbro, mobile, personal computing, personalcomputing
All products recommended by Engadget are selected by our editorial team, independent of our parent company. Some of our stories include affiliate links. If you buy something through one of these links, we may earn an affiliate commission.