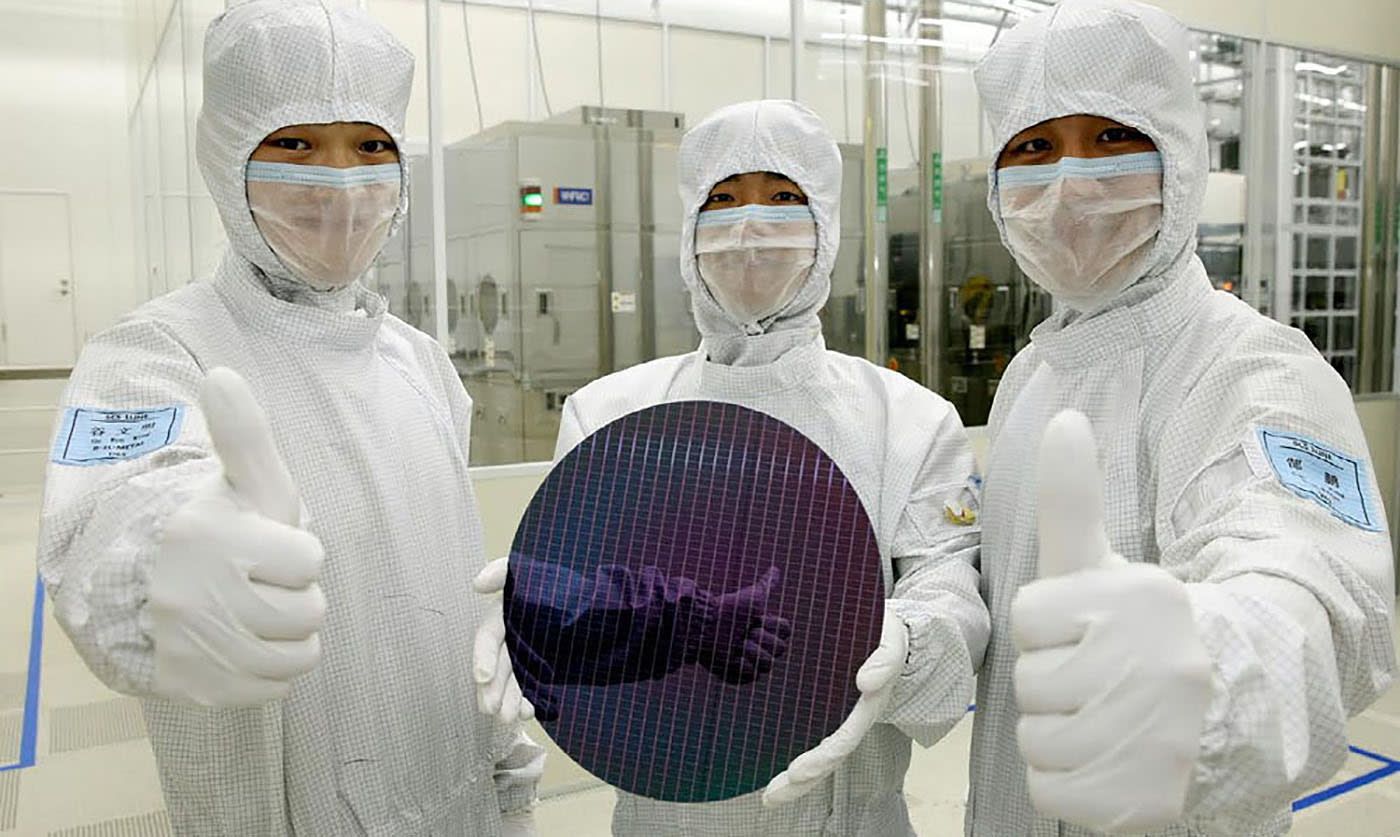 With falling smartphone sales, Samsung has been trying to boost its chip manufacturing business. AMD, meanwhile, builds CPUs and GPUs for PCs and both major consoles, but doesn't have a fab business anymore. According to Korea's Electronic Times, that kind of synergy was too good to ignore, so Samsung will manufacture CPU and GPU chips for AMD on its 14-nanometer chip foundry starting in 2016. All of AMD's chips are currently manufactured by GlobalFoundries, an Abu Dhabi-owned firm that once belonged to AMD. Both Samsung and GlobalFoundries will reportedly manufacture AMD's latest "Greenland" GPUs and "Zen" CPUs using a 14-nanometer process, which will make them faster and more energy-efficient than previous AMD chips .

AMD is, of course, behind Intel and NVIDIA in CPU and GPU sales, respectively, and is still struggling financially. The company is laying off 5 percent of its 9,700-strong workforce, and two key hardware gurus, Jim Keller and Phil Rogers, recently departed. Despite all that, the company has built itself a niche supplying all the chips used by Microsoft and Sony in the Xbox One and PlayStation 4 consoles.

Samsung has been struggling against Apple with smartphone sales. At the same time, it manufactures a good chunk of the chips for Apple devices, and also builds GPUs for NVIDIA and other manufacturers. AMD's incoming CPUs should be more competitive with Intel thanks to the smaller 14-nanometer process, and could be as much as 40 percent faster and more efficient than its current generation. If AMD continues to work with Samsung (assuming the rumors are true), it might actually get a leg up on Intel in the PC market, because Samsung expects to ship even more efficient 10-nanometer chips by next year, while Intel recently confirmed that its own 10-nanometer chips won't arrive until 2017.

In this article: amd, Chips, CPU, foundry, gadgetry, gadgets, gaming, gear, GlobalFoundries, GPU, Manufacturing, samsung
All products recommended by Engadget are selected by our editorial team, independent of our parent company. Some of our stories include affiliate links. If you buy something through one of these links, we may earn an affiliate commission.