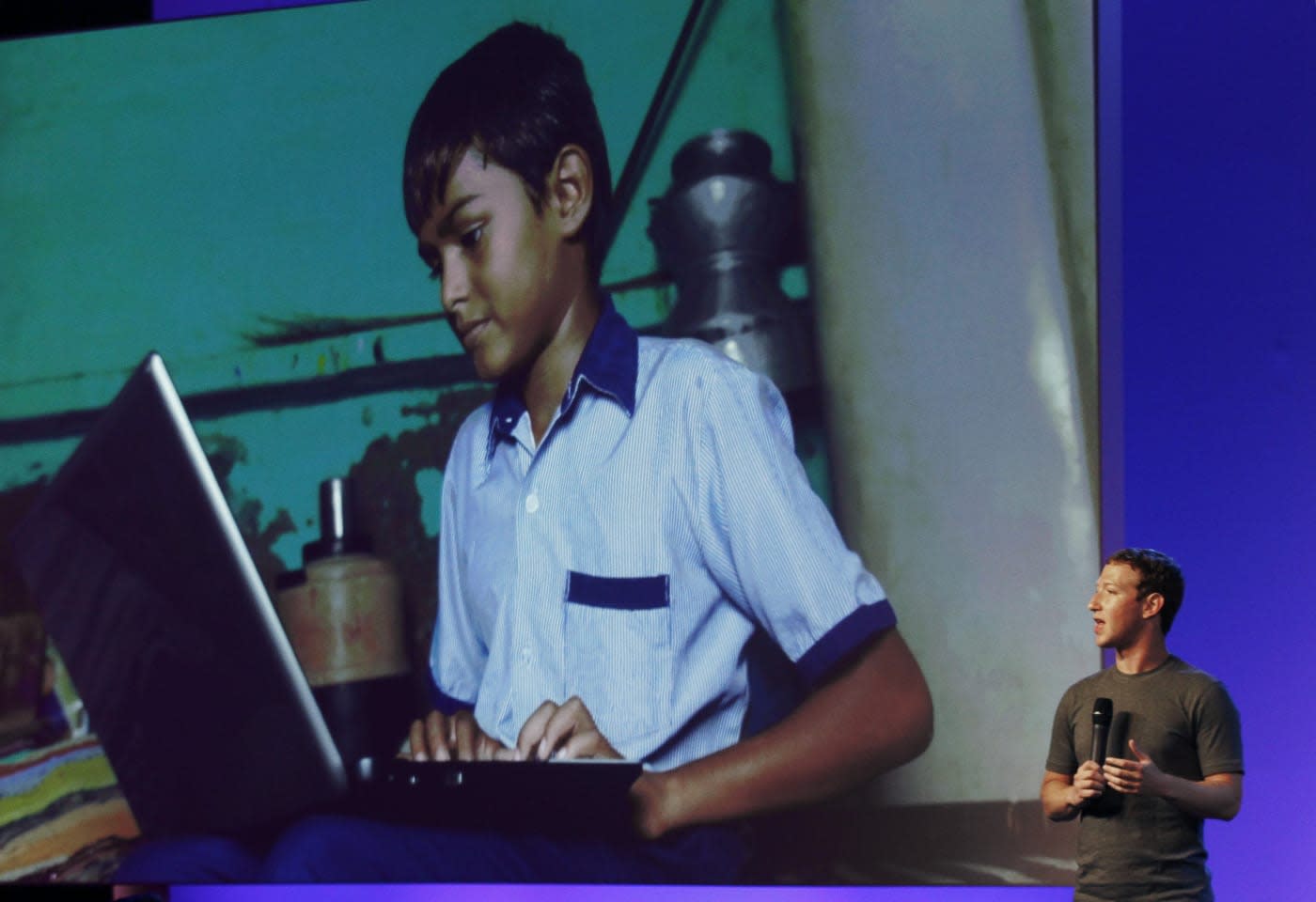 India's Telecom Regulatory Authority (TRA) has called on Reliance Communications, Facebook's Indian telecom partner, to halt the company's controversial "Free Basics" mobile Internet program (aka Internet.org) over concerns that it violates the tenets of net neutrality. Free Basics affords more than a billion people in India who would not otherwise have internet, access to select websites and services including online shopping and health sites, Wikipedia and, of course, Facebook. However, the regulatory agency has taken umbrance with Facebook's "walled garden" approach -- wherein access to the actual Internet comes through a Facebook-branded portal (a lot like AOL's old America Online service).

"The question has arisen whether a telecom operator should be allowed to have differential pricing for different kinds of content. Unless that question is answered, it will not be appropriate for us to continue to make that happen," an unsourced government official told the Times of India. As such, the Times reports that the TRA has asked that the program pause until it can get a handle on the net neutrality issue.

"We have asked them [Reliance Communications] to stop it and they have given us a compliance report that it has been stopped," the source continued. What's more, India's parliament is also finalizing a set of national net neutrality standards that would specifically address zero-rating practices such as this. Facebook, for its part, has urged its users to voice their support for the program. There's no word on when the service will be allowed to resume.

In this article: facebook, freebasics, gear, india, internet, mobile, NetNeutrality
All products recommended by Engadget are selected by our editorial team, independent of our parent company. Some of our stories include affiliate links. If you buy something through one of these links, we may earn an affiliate commission.