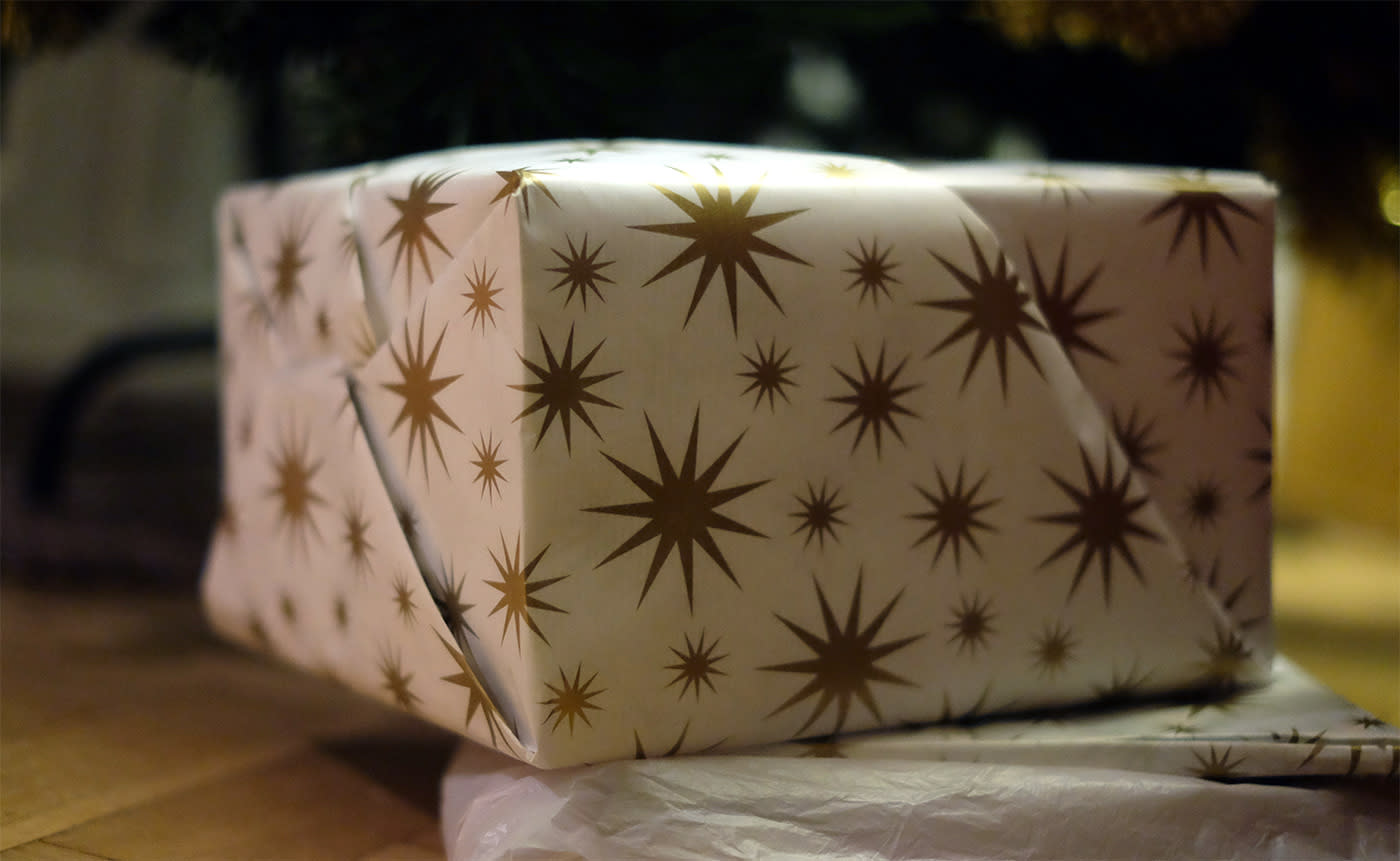 With Christmas well under way around the world, it's time for our annual show-and-tell. This year we're doing things a little different, and pulling in your favorite gifts into this article. But before we get to that.. let's see what Engadget editors have been up to so far.

#AnEngadgetChristmas 'Yes Please' by Amy Pohler, a new bread scraper and The last two Season 26 DVDs I didn't have. https://t.co/eTgcTgC148

For Terrence, it's about reliving youth:

For the first time since the Super Nintendo, I am a game console owner. #merrychristmas pic.twitter.com/7RmPJBPDSU

For James, it's about embracing adulthood:

Elsewhere, Engadget UK Managing Editor Matt Brian made his kids' day with a visit from Santa:

Not sure where he found reindeers in South-East England.

Associate Editor Jon Fingas is going to be looking sharp in 2016:

While Senior Editor Roberto Baldwin... well.. see for yourself:

So what about you? What gift are you most proud of today, given or received? So far readers have sent in some pretty diverse answers:

@engadget mom dragged my #starwars figured out, cleaned em up, and wrapped em under the tree! #AnEngadgetChristmas pic.twitter.com/dx96R6pHgC

If you want to get involved, you can either dive into the comments as usual, or you can tweet it out with the hashtag #AnEngadgetChristmas. We'll continue updating the article, at least until we're so full that we need a nap.

In this article: gear
All products recommended by Engadget are selected by our editorial team, independent of our parent company. Some of our stories include affiliate links. If you buy something through one of these links, we may earn an affiliate commission.