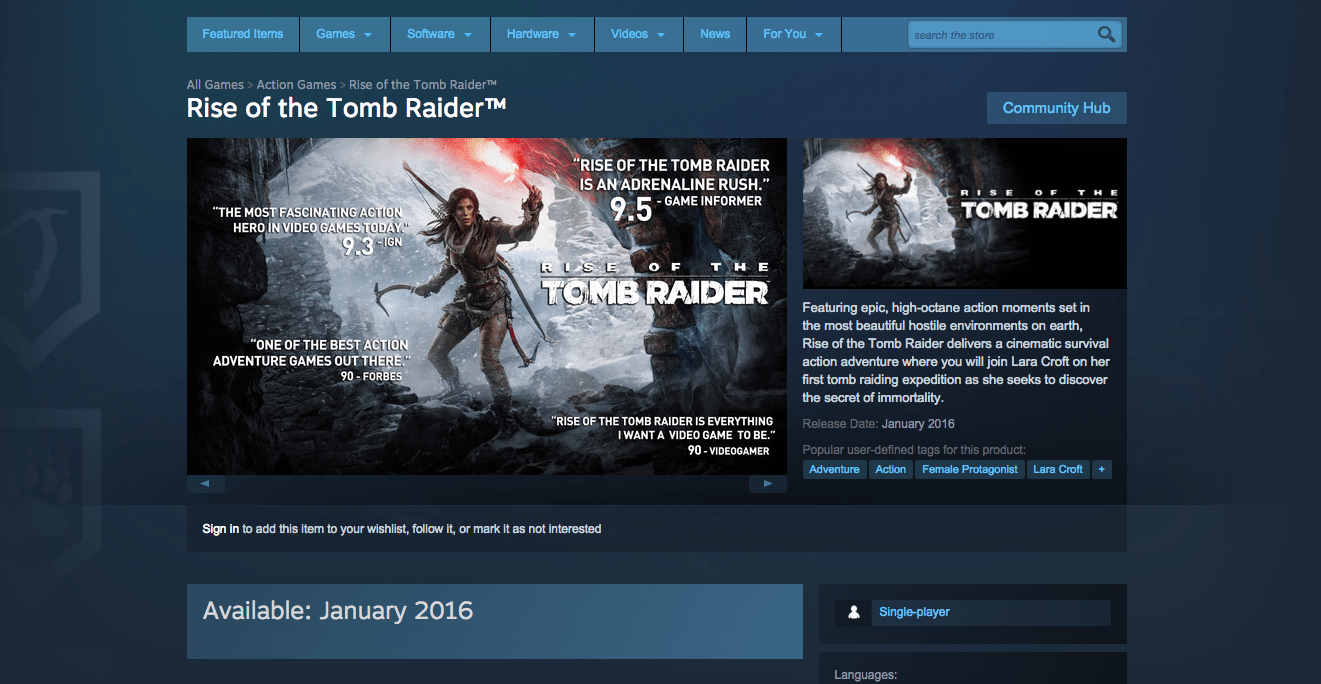 The PC version of Rise of the Tomb Raider is due in January, according to the game's Steam listing. Square Enix has yet to confirm a date for the desktop launch of its latest Tomb Raider installment, though in July it announced the PC and Windows 10 editions would drop in "early 2016." The PS4 version should release in late 2016. We've reached out to Square Enix for clarification on the Steam listing.

Rise of the Tomb Raider launched on Xbox One and Xbox 360 in November. Square Enix wrangled a deal with Microsoft making the game exclusive to Xbox platforms for a year, a move that surprised many fans when it became public knowledge in August 2014. Though the definition of "exclusive" in this case was murky at first, Square Enix eventually laid out its launch plans.

"The game will be a console exclusive to Xbox One and Xbox 360 for one year after its initial launch, coming to PlayStation 4 in holiday 2016," the studio said in July.

In this article: av, business, CrystalDynamics, gaming, pc, personal computing, personalcomputing, ps4, riseofthetombraider, SquareEnix, STEAM, TombRaider, valve, Xbox360, XboxOne
All products recommended by Engadget are selected by our editorial team, independent of our parent company. Some of our stories include affiliate links. If you buy something through one of these links, we may earn an affiliate commission.